The issue isn’t going away: 62% of Democratic and 57% of Republican voters age 18 to 29 told a Harvard Institute of Politics poll that student loan debt is a major problem â a problem they think about when they pay their bills every month.

Left-leaning lawmakers want to go far beyond Biden’s stopgap extension as well as his long-forgotten campaign promise to cancel $10,000 of debt per borrower. (The average ex-student owes $37,000 in federal loans.) Chuck Schumer, Elizabeth Warren and Ayanna Pressley propose to wipe out $50,000 each; Bernie Sanders and Alexandria Ocasio-Cortez want to forgive all $1.7 trillion.

A bill proposed by Republican Sen. Marco Rubio would lower interest payments to zero, instead charging a one-time, noncompounding flat fee that student loan borrowers would pay over the term of their loan.

Our higher-education financing system is a scandal.

My grades and test scores were good enough to get into an Ivy League college. I was smart â but I was still a 17-year-old kid. In 1981, I didn’t know you were supposed to tip your barber, that your major field of study might have no bearing on your future career or that Manhattan and Long Island were different places.

So, signing a student loan agreement committing to repay thousands of dollars from a salary derived from some imaginary job in a mysterious future was a surreal experience.

I sat next to my mom in the lobby of the big bank building in downtown Dayton, Ohio, clueless. All I knew was that I had to sign a sheaf of incomprehensible documents if I wanted to attend college. As my guidance counselor and teachers and parents had repeatedly warned, without a college degree I would be doomed to subsistence-level fast-food or manual labor â and factory jobs were getting hard to find.

Don’t forget to initial each page.

How much would I earn after graduation? What would be my monthly payment? How does compound interest work? Was 9% a reasonable rate? When would it begin to accrue? What if I became unemployed? I didn’t know, and if the banker satisfactorily explained this stuff, it didn’t stick to my hippocampus. I invisibly shrugged, hoping that I’d somehow muddle through.

I return to my state of mind 40 years ago whenever I hear someone deplore the ethics of the 15% of student loan borrowers who are in default at any given time. Is an obligation you don’t understand when you agree to it an obligation at all?

Honoring commitments is important. If you borrow money, you should pay it back. (I did.) But lenders have responsibilities, too. As we saw during the subprime mortgage crisis of the late 2000s, the economy suffers when banks recklessly issue loans to borrowers who don’t understand the terms or won’t have enough income or collateral to repay, which is the case for most college loans.

Student loan lending is predicated on the assumption that graduates will be able to pay back what they owe, plus compound interest, out of the higher income they will earn compared to nongraduates. But 57% of student loan borrowers never graduate from college. Most borrowers, therefore, are naive teenagers with bleak job prospects. Lending to them is as predatory as it gets.

Clemency proposals annoy people who already paid their loans, not to mention those who bypassed college rather than go into debt. Why should taxpayers foot the bill for others’ luxurious college education?

For one thing, postsecondary education is no longer optional: 65% of all job postings require a postsecondary education, according to a study by the Georgetown University Center on Education and the Workplace. As long as that’s the case, Americans will believe there’s a common economic interest in cranking out millions of freshly minted graduates.

Canceling student loans across the board would have a low multiplier effect and thus do little to stimulate the economy. But there would still be advantages for everyone, not just borrowers.

Freeing a generation from debt slavery would provide flexibility and capital for new entrepreneurs and allow do-gooders to pursue work in helping professions with low wages. It would add liquidity to the nearly half of millennials who report that their loan debts forced them to delay buying a first home by an average of seven years. You may not have gone to college yourself yet you may get to retire earlier because you’ll sell your home to a young couple at a higher price.

College expenses in the U.S. are too damn high â it’s the most expensive system of higher education in the world after the U.K. on paper â but the U.K.’s are cheaper than ours when adjusted for grants and government-imposed price controls. When half of American borrowers continue to owe an average of $20,000 some 20 years after beginning as a freshman, reform is clearly called for.

One promising development is Secretary of Education Miguel Cardona’s promise to fix broken Bush-era student loan forgiveness programs for those who work in public service, education, health care and social work. Byzantine rules and application processes resulted in only 5,500 out of potentially 1 million qualified applicants getting their loans erased in part due to “miscommunication between the Department of Education and the loan servicers, as well as between the servicers and borrowers,” CNN reported about a 2018 General Accounting Office report. But that’s only a start.

Someday, hopefully, college will be free.

Until then, college loans need to be reined in. They’re a big business with no inherent limit upon growth. Colleges and universities have raised tuition and other fees faster than inflation because they know that a wide array of loan packages are available to students and parents. Lenders enjoy a fixed interest rate scheme that not only guarantees them a profit over their own borrowing rates but also is low risk since it is virtually impossible to discharge student loans in bankruptcy.

These structural problems can be addressed by reducing lenders’ incentives to lend money willy-nilly and by reining in tuition costs. Congress should cap the maximum amount each student can borrow per year at $2,500 for those attending community colleges and four-year public universities and $5,000 for those at private institutions. Bankruptcy courts should be given the option to discharge student loan debts. Any college or university that raises overall tuition, housing and other costs faster than inflation should not qualify for federally subsidized loan payments from their students and ought to lose any federal contracts.

And if it’s really in the public interest for so many millions of young Americans to attend college and university, how does it make sense for educational financing to be a lucrative form of usury?

The federal government ought to take over the lending business from banks, with zero-profit interest fixed at the same rates it pays to holders of Treasury bonds. No one should get rich off the backs of 17-year-old kids seeking to better themselves through education. 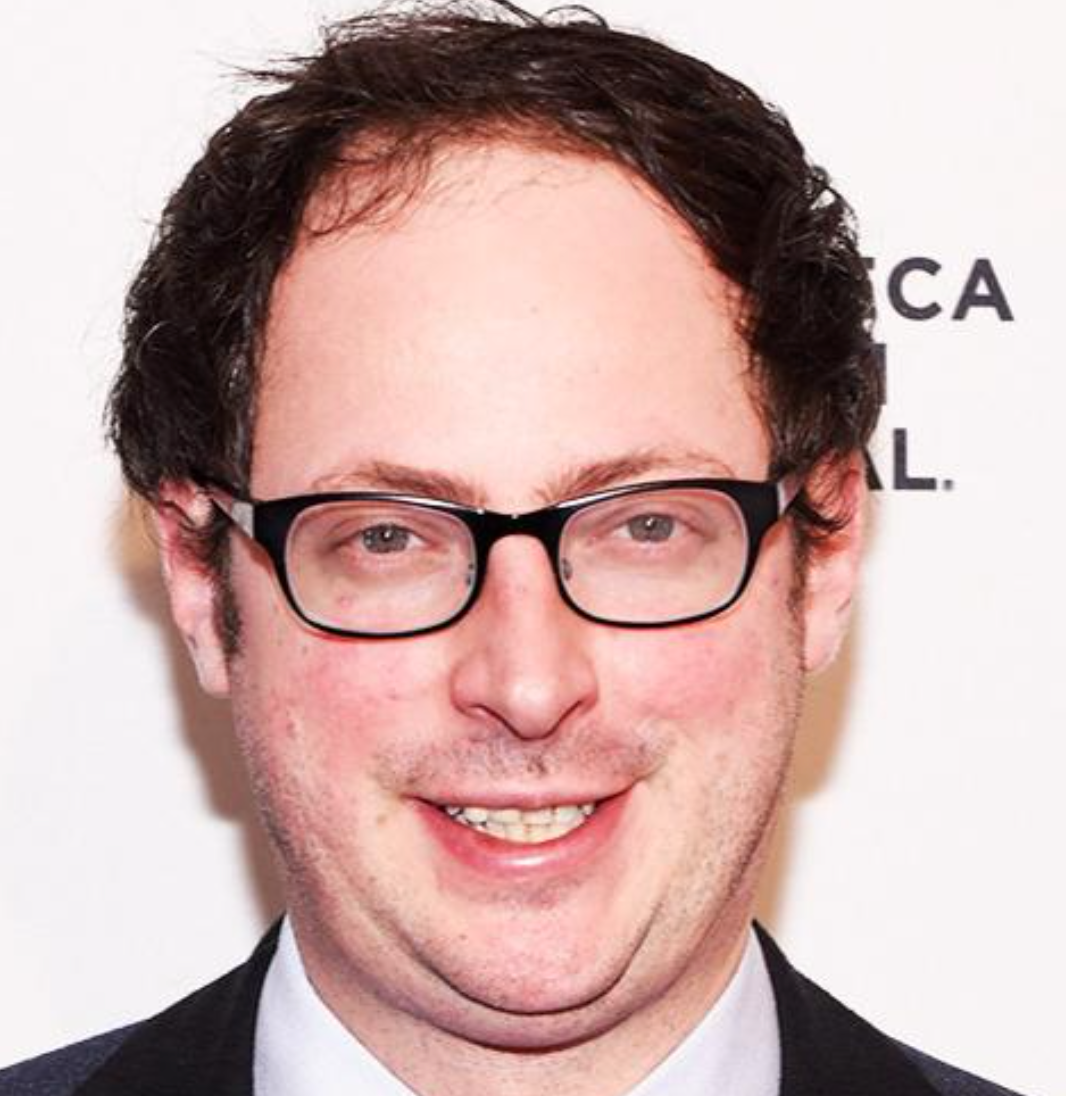 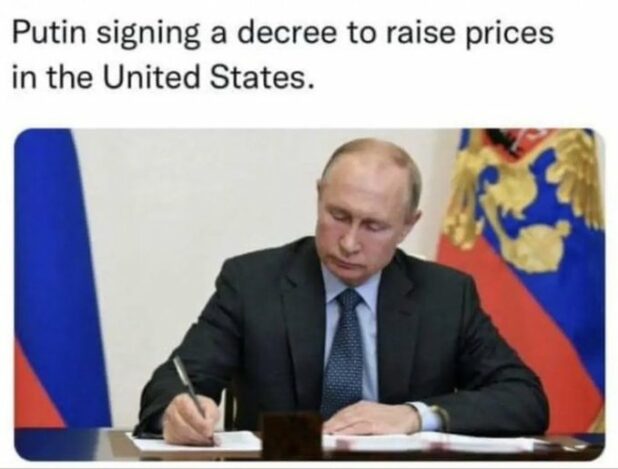 The Economy: Eventually, Basically Everyone Is Going to be a Single Issue Voter
Andrew Anglin
• 158 Comments • Reply
← Our First Lockdown Experiment Failed. L...America's Tortured Take on Political Vi... →
Hide 29 CommentsLeave a Comment
"Student Loans: A Silent Scandal No More"
• 29 Comments
Commenters to Ignore
Commenters to ignore (one per line)