The political left, center and right do share something in common in today’s polarized America: We’re all in denial.

The first step in 12-step programs is to admit that you have a problem; you can’t tackle a challenge whose existence you refuse to acknowledge. “From a psychoanalytical viewpoint, denial is a pathological, ineffective defense mechanism,” doctors M.S. Vos and J.C. de Haes observed in their 2006 study of cancer patients. A stunning 47% of the patients they polled denied that they had cancer! Denial reduced their chances of seeking treatment and then following through.

“On the other hand,” Vos and de Haes observed, “according to the stress and coping model, denial can be seen as an adaptive strategy to protect against overwhelming events and feelings.” Denial lets you feel better.

We think of climate change denial as a right-wing phenomenon. Indeed, only 56% of Republicans accept the scientific consensus that the Earth is heating up. Fewer still believe that humans are responsible, compared to the 92% of Democrats who agree with scientists.

Those who deny that climate change is real are engaging in what psychologists call “simple denial.” But those on the left aren’t much better. Liberals who think global warming is real often resort to “transference denial”: They blame the right and corporate polluters even though we’re all responsible. The scale of the climate crisis and the level of sacrifice and disruption that would be necessary to mitigate it feels overwhelming. A widely reported analysis predicted that human civilization will collapse in 30 years. Others say it’s already too late to save ourselves.

“We’re doomed,” predicts Mayer Hillman, a senior fellow emeritus at the University of Westminster’s Policy Studies Institute. “The outcome is death, and it’s the end of most life on the planet because we’re so dependent on the burning of fossil fuels. There are no means of reversing the process which is melting the polar ice caps. And very few appear to be prepared to say so.”

Bernie Sanders recently proposed the most ambitious assault on greenhouse gas emissions ever floated in U.S. politics, a $16.3 trillion plan to transition out of carbon-based fuels by 2050. By that time, though, we’ll be dead.

As aggressive as Sanders’ plan is, it doesn’t go nearly far enough or fast enough. Yet Republicans and some Democrats say it’s too expensive. No one in corporate media is taking Sanders’ idea seriously. It’s stillborn.

Liberals post their concern to social media. Some even attend protest marches. But they’re hardly acting like we face an existential crisis.

Panic? Our “leaders” don’t give a crap. They’re too bought and too stupid to act.

The bird population in the U.S. has collapsed by 29% â a total of 2.9 billion fewer birds â over the last 50 years. During that same period, we lost half the world’s fish. Insects are on the way out, too. “No insects equals no food, (which) equals no people,” says Dino Martins, an entomologist at Kenya’s Mpala Research Centre.

None of this should come as a surprise. We were warned. “The oceans are in danger of dying,” Jacques Cousteau said in 1970. Life in the oceans had diminished by 40% in the previous 20 years.

If you really believe the planet is becoming uninhabitable, if you think you are about to die, you don’t march peacefully through the streets holding signs and chanting slogans begging the corrupt scoundrels who haven’t done a thing for decades to wake up and do something. You identify the politicians and corporate leaders who are killing us, you track them down, and you use whatever force is necessary to make them stop. Nothing less than regime change stands a chance of doing the job.

Nothing else â the struggle for income equality, gun control, abortion â matters as much as attacking pollution and climate change.

Anything short of revolution and the abolition of consumer capitalism is “minimizational denial”: admitting the problem while downplaying its severity. Anything short of a radical retooling of the global political system that establishes state control of the economy with environmental impact as our first, second and third priorities is a waste of time that dooms the human race to extinction.

There is no middle ground, no splitting the difference, no compromise. “Good enough” isn’t good enough. Mere progress won’t cut it. Human survival is a pass-fail class.

Time to get serious, goddamn it.

Extinction Rebellionâs Emily Grossman Is A TypeâAs Nutty As You Would Expect
Lance Welton
• 82 Comments • Reply
← Will Clinton Democrats Vote for a Progr...The New York Times Repeatedly Called a ... →
Hide 34 CommentsLeave a Comment
"Left, Center and Right, We're All in Denial About Climate Change"
• 34 Comments
Commenters to Ignore
Commenters to ignore (one per line) 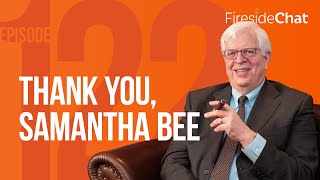