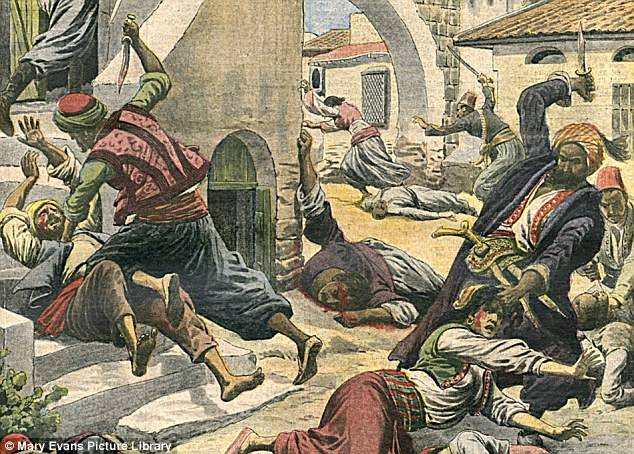 The REAL Holocaust: the 1915 Armenian Genocide and Its Russophobic Origins
Michael Quinn • April 22, 2019
• 3,200 Words • 187 Comments • Reply
On May 30th 1915 Talaat Pasha issued the Tehcir Act, which on paper was a
The Annual Armenian Genocide Bloviation
Philip Giraldi • March 3, 2010
• 200 Words • 27 Comments • Reply
America's congress cannot reform health care but will be able to vote tomorrow on the annual Armenian Genocide resolution. I have already provided my opinion of a non-binding resolution that accomplishes nothing but "accountability," whatever that means, for a genocide that took place nearly one hundred years ago under a government that no longer exists.... Read More
Defending Foxman, or Cool It, Armenians
Israel Shamir • August 27, 2007
• 2,000 Words • Leave a Comment
Even a broken clock is right twice a day. Abe Foxman, the head of the Jewish-Masonic thought police misnamed ADL, easily one of the most repulsive men in American public life, is not as good as a clock, but he can be right once in a while; and this time is now. The US Congress,... Read More
"Armenians" Items Across Entire Archive
PastClassics