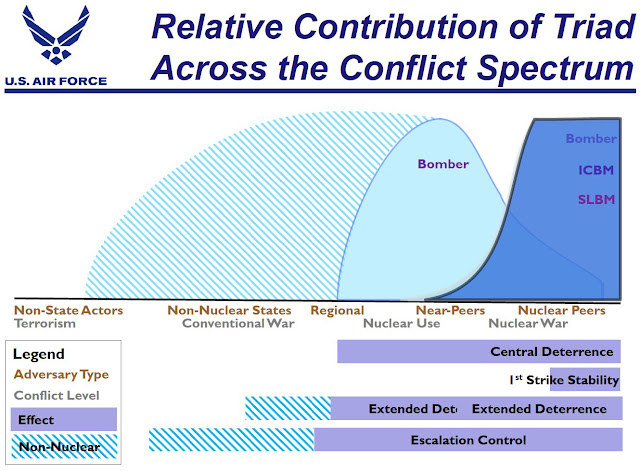 US Pivot to Asia Poised to Enter Nuclear Phase
Peter Lee • April 22, 2016
• 2,300 Words • 25 Comments • Reply
Iâm expecting tactical nuclear weapons to reappear overtly in the US military equation for Asiaâ¦ â¦but only after the US Navy gets its chance to feast at the pivot trough for its long-for but perhaps strategically less-than-vital conventional forces buildout in Asia. I have an article up exclusively on Asia Times, The Case of the... Read More
When Youâve Got a Military Hammer, Everything Looks Like a Nail, US-China Edition
Peter Lee • August 7, 2014
• 3,700 Words • Leave a Comment
Both the United States and the PRC are displaying a disturbing predisposition toward militarizing their national security strategies. It is understandable. An external military threat is easier to sell and explain than a complex national challenge of economic, social, and political competitiveness, and there is a large and influential coterie of officers, natsec types, and... Read More
America: Hooked on Hegemony
Peter Lee • January 7, 2014
• 1,800 Words • Leave a Comment
Lord Acton famously stated that power corrupts, and absolute power corrupts absolutely. It would appear, however, that the United States has access to a secret Actonian codicil that states, ââ¦but US hegemonic power? Thatâs frickinâ awesome!â Because the United States government seems to be wilfully blind to the costs, perils and abuses inherent in the... Read More
5000 Pretexts for War
Peter Lee • September 6, 2013
• 8,400 Words • Leave a Comment
My working assumption about international affairs is that people in mortal peril are careful and clever. On the other hand, people with plenty of money, power, and impunity are often arrogant and sloppy. This outlook colors my perspective on various US dustups with adversarial nations, most recently Syria. Thatâs why Iâm unwilling to rule out... Read More
"AirSea Battle" Items Across Entire Archive
PastClassics