Sometimes this planet changes right under your nose and you still donât notice. This sentence, buried in a New York Times piece on the Greek debt crisis, caught my attention the other day: âGreece, meanwhile, has suggested that it could turn to Russia or China for help if its talks on debt relief and a rollback of austerity measures break down.â Russia is, of course, an unlikely bulwark, being on distinctly shaky economic grounds itself right now, but Iâm not surprised by the thought — at least from Syriza, the lefty party now in power in Greece. But China? Not since tiny Albania joined the Chinese camp in the Cold War have we seen a sentence that in any way resembled that one. And yet it certainly catches something of the changing face of our planet. After all, as time goes by, the magnetic power of the Chinese economy is moving ever closer to Europe. Just two years ago, the Chinese became the Middle Eastâs largest trading partner, leaving the European Union in second place and the United States in third. By then, China was already Africaâs largest trading partner, having displaced the U.S. some years earlier.

This may not be making headlines here, but itâs no small thing. The economic rise of China, especially in areas where the U.S. had committed so much in blood, sweat, and drones, should take anyoneâs breath away. Fortunately, TomDispatchâs peripatetic Eurasian correspondent Pepe Escobar (the man who invented the term âPipelineistanâ for the web of energy conduits that crisscross that vast continental area) arrives in the nick of time to offer us a view from Beijing of an economy still staggeringly on the rise and the plans of the Chinese leadership, from Asia to Europe, for knitting together what, if it happened, might indeed someday be seen as a new world economic order.

Year of the Sheep, Century of the Dragon?
New Silk Roads and the Chinese Vision of a Brave New (Trade) World
Pepe Escobar • February 22, 2015 • 2,700 Words
(Republished from TomDispatch by permission of author or representative)
← War PornAlfred W. McCoy: the Unwritten American... →

Was the 2020 Wuhan Coronavirus an Engineered Biological Attack on China by America for Geopolitical Advantage?
Metallicman
• 370 Comments • Reply How to Yellow-Cake a Tragedy
The NY Times Spreads the Virus of Hatred, Again
K.J. Noh
• 291 Comments • Reply 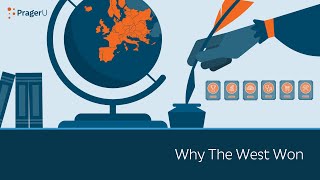