Memo to Senator John McCain: Senator, the other day I noticed that, as chairman of the Armed Services Committee, you threatened to subpoena the Trump administration for information about the recent attack in Niger that killed four American soldiers. âThereâs a mindset over there that theyâre a unicameral government,â you said. âIt was easier under Obama… We are coequal branches of government; we should be informed at all times. Weâre just not getting the information in the timely fashion that we need.â

How true! But let me make one small suggestion. If you really want to know what led to those deaths in Niger, the first place you might consider looking — no subpoena needed — is this very website, TomDispatch. Or, to be more specific, Nick Turseâs coverage of the way U.S. Africa Command and American Special Operations forces have, with a certain stealth but also without significant coverage in the mainstream media, extended the war on terror deep into Africa. He alone has covered this story and the secret bases, widespread âtraining missionsâ (like the one in Niger), and barely noticed wars being fought there since at least 2012, when I was already writing this of his work:

âSo hereâs another question: Who decided in 2007 that a U.S. Africa Command should be set up to begin a process of turning that continent into a web of U.S. bases and other operations? Who decided that every Islamist rebel group in Africa, no matter how local or locally focused, was a threat to the U.S., calling for a military response? Certainly not the American people, who know nothing about this, who were never asked if expanding the U.S. global military mission to Africa was something they favored, who never heard the slightest debate, or even a single peep from Washington on the subject.â

By 2013, in a passage that sounds eerily up to date as we read of ISIS-allied militants on the lawless Niger-Mali border, he was already reporting that

âwhile correlation doesnât equal causation, there is ample evidence to suggest the United States has facilitated a terror diaspora, imperiling nations and endangering peoples across Africa. In the wake of 9/11, Pentagon officials were hard-pressed to show evidence of a major African terror threat. Today, the continent is thick with militant groups that are increasingly crossing borders, sowing insecurity, and throwing the limits of U.S. power into broad relief. After 10 years of U.S. operations to promote stability by military means, the results have been the opposite. Africa has become blowback central.â

Four years later, when the Niger events occurred, nothing had changed, except that the U.S. military had moved, again with little attention (except from Turse), even deeper into the heart of Africa, setting up a remarkable array of bases and outposts of every sort (including two drone bases in Niger).

So hereâs another tip for you, Senator McCain, when it comes to a completely different area of the world. Please understand. Iâm just trying to save you the need for yet more subpoenas in, say, 2020. Instead, check out Turseâs piece today on the way in which U.S. Special Operations forces have quietly moved not into Africa this time, but into Europe, in country after country in the former borderlands of the Soviet Union. Itâs a story that — I give you my guarantee on this, Senator — will make the news one of these days, just as the war on terror in Africa has done recently and, if you keep up with Turse, youâll be among the few in the know ahead of time.

From America with Love
U.S. Commandos Are a âPersistent Presenceâ on Russiaâs Doorstep
Nick Turse • October 29, 2017 • 2,400 Words
(Republished from TomDispatch by permission of author or representative)
← Rebecca Gordon: Take Your (Tiny) Finger...From America with Love → AFRICOM Goes to War on the Sly
U.S. Officials Talk Candidly (Just Not to Reporters) about Bases, Winning Hearts and Minds, and the âWarâ in Africa
Nick Turse
• Leave a Comment 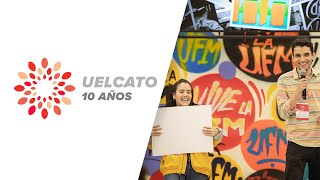