If youâre going to surround yourself with generals in the Oval Office, as Donald Trump has done, that means one thing in these years: youâre going to appoint men whose careers were made (or unmade) by what was once known as the Global War on Terror. They will be deeply associated with Washingtonâs 15 years of disastrous wars and conflicts in the Greater Middle East, which have left that region a set of failed or near-failed states and a hotbed of terror outfits, including various branches of al-Qaeda and the Islamic State. Secretary of Defense James âMad Dogâ Mattis, for instance, led troops in the initial post-invasion period in Afghanistan in 2001; in the taking of the Iraqi capital, Baghdad, in 2003; in the fierce fighting for the city of Fallujah in 2004; and then, from 2010 to 2013, he was in charge of U.S. Central Command (CENTCOM), with responsibility for the Greater Middle East. In that post, he cooked up a scheme to take out either an Iranian oil refinery or power plant in the âdead of night,â an act of war meant to pay that country back for supplying mortars to Iraqi insurgents killing American troops. That plan, nixed by the Obama White House, seems to have played a role in his removal from the CENTCOM post five months early.

General John Kelly, head of the Department of Homeland Security, also commanded troops and fought in Iraq. (His son was killed in Afghanistan in 2010.) Former National Security Adviser Michael Flynn held key intelligence positions in both Afghanistan and Iraq, while his temporary replacement (and now National Security Council chief of staff), General Joseph âKeithâ Kellogg, retired and working with private contractor Oracle at the time of the invasion of Iraq, was sent to Baghdad as chief operating officer of the Coalition Provisional Authority that the Bush administration set up to run its ill-fated occupation of that country. He lasted only five months as that body began its âreconstructionâ of Iraq, after disbanding Saddamâs army and so putting its officers and troops on the unemployment line, which meant at the disposal of the developing insurgency. Army Lieutenant General H.R. McMaster, the new national security adviser, just tapped for the job by Trump, isn’t even retired and held command posts in both Iraq and Afghanistan.

On the evidence of these last years, such experiences seem to have tied these men to the war against terror in a deep and visceral way, making any major reconsideration of what they had lived through inconceivable. In the new Trump era, clues to this ongoing reality can already be found in two recent events: the first Trump-ordered action in the Greater Middle East, a thoroughly botched Special Operations raid in Yemen, which did not achieve its objective but got large numbers of civilians and one Navy SEAL killed and which, given the last 15 years of U.S. military action in the region, looked painfully familiar; and the request of the present U.S. Afghan commander, General John Nicholson Jr., for âseveral thousandâ more American military advisers, one that itâs hard to imagine he would have made before the Senate Armed Services Committee without the agreement of Defense Secretary Mattis. Itâs also a request that was clearly meant as no more than an opening bid in a potentially far larger surge of American forces into Afghanistan. (Where have you heard that before?)

Under the circumstances, itâs good to know that, even if not at the highest ranks of the U.S. military, there are officers who have been able to take in what they experienced up close and personal in Iraq and Afghanistan and make some new — not desperately old — sense of it. U.S. Army Major Danny Sjursen, a former history instructor at West Point and the author of Ghostriders of Baghdad: Soldiers, Civilians, and the Myth of the Surge, who writes his inaugural TomDispatch post today, is obviously one of them and I doubt heâs alone in the American armed forces after all these years.

How We Got Here
The Misuse of American Military Power and The Middle East in Chaos
Danny Sjursen • February 21, 2017 • 3,800 Words
(Republished from TomDispatch by permission of author or representative)
← How We Got HereAndrew Bacevich: At the Altar of Americ... → Understanding Why They Lie and Why They Get Away with It
In lieu of an normal introduction: the eternally evolving BDA
The Saker
• 135 Comments • Reply
← How We Got HereAndrew Bacevich: At the Altar of Americ... →
Current Commenter
says:
Current Date at Time Now
Leave a Reply - Comments on articles more than two weeks old will be judged much more strictly on quality and tone
Cancel Reply 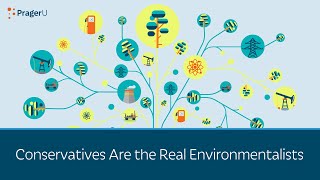