Who could doubt that the world of Donald Trump has recently become yet more embattled? Yes, thereâs the Mueller investigation reportedly winding up (or down). And yes, there were those midterm elections, a blow — as journalist and novelist Ben Fountain explains today — to The Donald, creating yet another crew ready to investigate, subpoena, and otherwise irritate and anger you know who and possibly further hammer his family business operating out of the White House. But when youâre making up that presidential besiegement list, donât forget to include a bullet point for âpromises,â because, honestly, they could be the final ingredient in the concoction that takes him down in 2020.

You can already feel it in his growing anxiety over the trade war heâs set off with China. You remember his promise that âtrade wars are good, and easy to win.â Hmmm… as it turns out, not quite that easy given a globalized economic system in which punching a hole anywhere is the equivalent of punching yourself in the gut. Or thereâs that 2017 jobs promise he made in Youngstown, Ohio, near the General Motorâs Lordstown Plant, one of five that company has just announced that itâs âidlingâ next year: âTheyâre all coming back,â he swore of manufacturing jobs. âTheyâre all coming back. Donât move. Donât sell your house.â Tell that to GM workers across Midwestern states today. Or thereâs the âbig, fat, beautiful wallâ he brought down that Trump Tower escalator into the presidential race back in 2015. (“I would build a great wall, and nobody builds walls better than me, believe me… And I will have Mexico pay for that wall. Mark my words.”) And heâs now threatening to shut down a government still controlled by Republicans to get it built. And thatâs just the most modest of starts on a list our promiser-in-chief hasnât hesitated to constantly update. Only problem: heâs not proving to be a deliverer-in-chief, not faintly, and that may truly sink in by 2020.

Besiege Trump, back him against a wall or off the golf course and into the Oval Office, however, and you have an angry, even potentially unhinged problem on your hands. So watch out. Of course, what choice do any of us have but to watch (out or otherwise), since weâre talking about the human being who continues to be covered like no other in history? And while youâre at it, take a moment to check out a key factor in the coming siege of Donald Trump (and family), the new House of Representatives, thanks to one of the best journalists (and novelists) around, Ben Fountain, whose new book, Beautiful Country Burn Again: Democracy, Rebellion, and Revolution, provides a dazzling, if grim, road map to just how we got here.

Midterm America
A Blue Wave From Another Universe
Ben Fountain • December 4, 2018 • 2,900 Words
(Republished from TomDispatch by permission of author or representative)
← Midterm AmericaLife at Trump Speed → Steve Bannon - A Profile of a U.S. Appartchik. from China to the Pope
Andre Vltchek
• 17 Comments • Reply 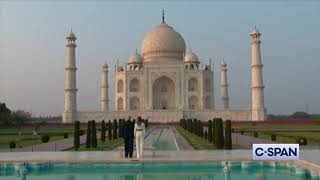