He was a graduate student when, in the midst of the Vietnam War, he started to explore the history behind the heroin epidemic then infecting the U.S. Army in Vietnam. He soon found himself, almost inadvertently, on the heroin trail across Southeast Asia and deep into the CIAâs involvement in an earlier version of Americaâs drug wars. In a shadow world of black ops, mercenaries, and drug lords he hadnât even known existed, he first stumbled upon some of the secrets of the U.S. national security state. It proved a tale fit for a John le CarrÃ© novel or, better yet, a seedy bar where the air is hot and still, the customers rough, and the drinks strong. If TomDispatch regular and historian Alfred McCoy had told you his story over a whiskey, youâd be obliged to buy the next round. Itâs that kind of an account and, in fact, he did tell some of the story to this siteâs readers back in August 2017 (and in his recent hit book, In the Shadows of the American Century: The Rise and Decline of U.S. Global Power).

It was and is a hell of a tale (and one he almost died telling) and then, when he turned it into his first book, The Politics of Heroin: CIA Complicity in the Global Drug Trade, the CIA tried (unsuccessfully in the end) to suppress it. That was 1972. Nearly half a century later, McCoy returns to the subject that launched (and almost ended) his career: Americaâs drug wars. If this isnât the subject from hell, then what is in an America that, year after year, leads the world in the number of people it incarcerates, no small thanks to its never-ending drug wars? Settle back and consider the madness of it all, so many years later, with McCoy. 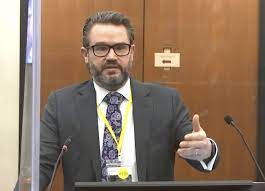 If I Had Made the Closing Argument in Defense of Derek Chauvin...
Robert S. Griffin
• 37 Comments • Reply

American Pravda: "The Truth" and "The Whole Truth" About the Origins of Covid-19
Ron Unz
• 775 Comments • Reply
← Andrew Bacevich: Behind Fronds of Faker...Decriminalizing the Drug War? →
Hide One CommentLeave a Comment
"Alfred W. McCoy: America's Self-Inflicted Wound"
• One Comment
Commenters to Ignore
Commenters to ignore (one per line)

← Andrew Bacevich: Behind Fronds of Faker...Decriminalizing the Drug War? →
Current Commenter
says:
Current Date at Time Now
Leave a Reply - Comments on articles more than two weeks old will be judged much more strictly on quality and tone
Cancel Reply
Commenting Disabled While in Translation Mode