The rise and fall of empires has long been a story at the heart of history. Since the Europeans first burst out of their then-marginal region on wooden sailing ships mounted with cannons in the fifteenth century, the planet seldom has had a moment in which several imperial powers werenât competing for supremacy. In 1945, that number was reduced to two and then, for what the Washington elite briefly imagined would be forever, to one. Now, as historian Alfred McCoy, author of In the Shadows of the American Century: The Rise and Decline of U.S. Global Power, describes in his vivid way today, we seem to be returning to an updated imperial version of the naval contests that began modern history so many centuries ago. The Americans, the Chinese, and in a more modest way the Russians are all bolstering their forces on the high seas in increasingly challenging ways.

But there is a catch. Two actually. Itâs not the fifteenth century anymore. Itâs not even an early-twentieth-century moment of dreadnaughts and battleships. The tale of imperial rise and fall is now taking place in a different context: the potential fall of planet Earth itself (at least as a reasonable human habitat). As a start, since the middle of the last century, all imperial confrontations, naval or otherwise, have taken place on a globe where any confrontation between major powers has had an apocalyptically loaded and cocked gun behind it. If you wonder what I mean, just think about the Cuban missile crisis of 1962 in which a naval face-off between the Soviet Union and the United States threatened to end life as we know it on this planet. Donât for a second think that it couldnât happen again.

But thereâs a second cocked gun on Planet Earth these days and it goes by the name of climate change. In a sense, itâs the very opposite of the nuclear one in that the potential Armageddon would arrive not with the speed of the Roman god Mercury but in dreadful slow motion as the planet slowly heats; the melting of Antarctica and Greenland causes sea levels to slowly rise, imperiling coastal cities; fire seasons lengthen; droughts and extreme weather of every sort become the norm; water becomes ever scarcer; vast human populations are set in motion; and… well, you get the idea. The question is: on a planet already beginning to degrade, what exactly does it mean for a new power like China to âriseâ or an old one to âdeclineâ?

Was the 2020 Wuhan Coronavirus an Engineered Biological Attack on China by America for Geopolitical Advantage?
Metallicman
• 363 Comments • Reply

How a Hidden Parliamentary Session Revealed Trumpâs True Motives in Iraq
Whitney Webb
• 156 Comments • Reply
← Gunboat Diplomacy and the Ghost of Capt...What Happens When a Few Volunteer and t... →
Hide 6 CommentsLeave a Comment
"Alfred McCoy: A New Age of Sea Power?"
• 6 Comments
Commenters to Ignore
Commenters to ignore (one per line)

← Gunboat Diplomacy and the Ghost of Capt...What Happens When a Few Volunteer and t... →
Current Commenter
says:
Current Date at Time Now
Leave a Reply - Comments on articles more than two weeks old will be judged much more strictly on quality and tone
Cancel Reply 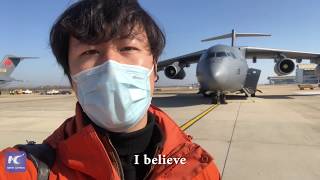