We love the work of Richard Laphick, an individual who has spent the bulk of his professional career highlighting the glories of integration through sports, but inadvertently showing the continued failures and plight of Black athletes â by extension perpetuating stereotypes of Black people in the process. 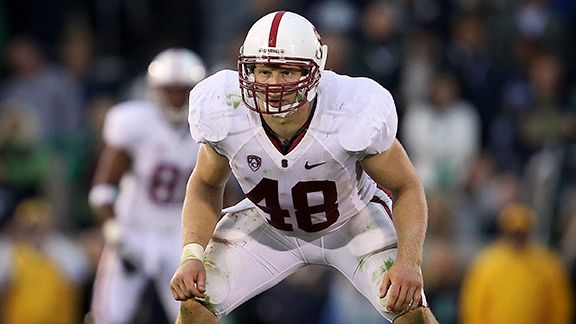 His obsession with highlighting Black athletes and their academic records (both male and female at the NCAA level) and Racial and Gender report cards for all professional sports, provides a wealth of information all accessible on one Web site.

We know that Black people donât save money for the future, which means Black athletes wonât have the opportunity to purchase into the ludicrously profitable sports franchises and become owners upon retiring. The vast majority will be bankrupt.

Because of the abysmal graduation rates of Black athletes, front office jobs and management positions are out of the question due to a lack of qualifications.

Not all athlete-students are named Myron Rolle, which means that countless hours will be spent at tutoring facilities on major campuses so that Black athletes can remain eligible. And tutoring facilities specifically designed for athlete-student needs are exactly what are found on the lovely campuses of big-time colleges, from Lincoln, Neb., to Happy Valley, Pennsylvania:

Bigger stadiums and better training facilities are no longer enough to attract some of the most talented football prospects. The competition to create a top athletic program now extends to efforts that help ensure that players survive in class.

Louisiana State University, a perennial championship contender, spent $15 million to build an academic center for athletes. The University of Georgia, another top-10 football program, built a new facility for $7 million. At Temple University, long home to one of the nationâs worst football programs, officials increased the academic support budget for athletes by 34 percent in the aftermath of poor academic performance that led to scholarship losses.

All of the nationâs more than 100 major college athletic departments employ some type of academic support program. So do some Ivy League colleges and other smaller institutions. The National Collegiate Athletic Association said Division I athletic departments spend at least $150 million annually on such programs.

These tutoring facilities (some costing upwards of $20 million) are available to athletes only, leaving many people wondering if this is a misapplication of resources considering many of the tests and papers written under these athletes-students names are actually the product of another personâs work.

Massive revenue is being brought in by these athlete-students (funding entire athletic departments) and keeping these scholars academically eligible is a difficult task for every university. Oh, and itâs all tax-free in one of the biggest scams of our time

Sports hold our fragile society together like the Hunger Games hold the land of Panem together in the incredibly powerful trilogy entitled The Hunger Games (Highly recommend this as a gift for Christmas), and yes, sports provide the primary positive examples of Black people that are beamed into the homes of America on a 24/7 basis.

Without the constant imagery of Black people dunking basketballs or running with the football, stories such as this one would be all that is left to disseminate. Sports offer an avenue for Black people to escape, though it is increasingly an avenue that leads to their imprisonment.And in our increasingly goofy society, if a Black male canât succeed against other Black males, they can always claim Transgendered status and play for the womenâs team.

When considering how much money is spent upon tutoring college athletes, the actual return on investment is embarrassing (unless the actual rate-of-return calculated is in terms of revenue generated instead of diplomaâs granted) and once again we have Richard Lapchick to thank for giving us these figures, thereby highlighting the poor state of Black academic achievement:

While graduation success rates (GSR) have improved among student-athletes whose teams will play in college football bowl games this year, there is still a large gap between the GSR for African-American and white student-athletes.

The GSR was up from last year’s study for both groups with the African-American student-athletes rising from 58 to 60 percent and the white student athletes going from 77 to 80 percent. That gap is one percentage point higher than it was in last year’s study.

“That the gap increased rather than decreased is particularly disappointing,” Lapchick said Monday. “The fact that the disparity is bigger now than 2009 is cause for trying to figure out what we need to do to narrow the gap.”

Lapchick called the gap between the two groups “disturbing,” in the report.

As is usually the case, much of the reasoning for the lower success rates among African-American students is attributed to the lack of a solid academic infrastructure in inner-city, urban areas.

“So many of the African-American students who come to our campuses come from urban schools, which are under-funded, ill-equipped â¦ and it leaves them at an academic disadvantage,” Lapchick said via cell phone Monday. “And our typical African-American student athletes are graduating at significantly lower rates than football players.

“There is just a terrible level of education in a lot of our urban centers. Whatever we are doing to assist student-athletes (in college) is what we need to look at across the board.”

Also in the report, among the bowl-bound teams, the following results were found:

In addition, the percentage of the gap among some schools is alarming:

The graduation gap has grown at the same time the educational gap has widened between Black and white students, though we are all Waiting for âSupermanâ to come save Black children from the doldrums of academic ennui.

The BCS National Title game between Auburn and Oregon features two schools that graduate less than half of their Black players and more than 75 percent of their white players (Auburn is at 100 percent). The majority of the Black players at both schools (alright, every university) receive academic exemptions, because their grades and ACT/SAT scores are too low to qualify though their 40-yard dash times help make them partial qualifiers or academic exemptions.

But college football is the opiate of America, the reason that the South conceded to integration in 1969 (the last year Pre-Obama America had to make a stand), and the primary reason Black Run America (BRA) exists.The Southeastern Conference (SEC), once the bedrock of opposition to integration, has since become a league of Black football players at institutions of higher learning that all have more than 85 percent white students comprising those enrolled.

So, Mr. Laphick, weâll poise a question to you that has gone unanswered for years. Are Black people better athletes, which would help explain why Black people (13 percent of the population) are so overrepresented in sports, like basketball and football? Why do the numbers stay the same every year, though more money and finer facilities are built to improve these poor academic results?

If this is the case, does this explain racial differences in academic success and why the onus will always be on the barbershop?

Weâll bet that 10 years from now the 2019-2020 study of graduation rates for bowl bound college football teams will be eerily similar to what theyâre now, the achievement gap perhaps enlarging.

Mr. Laphick: you have spent your entire life working for racial equality, though your efforts have created a world where racial inequality has only increased. Disingenuous White Liberals (DWLs) like you have won, though you have lost.

The world you created is so fragile that the day will come when the smart person comes along and finally pulls the loose string that unravels the whole thing like a poorly constructed sweater. A world that rests on the assumption white guilt will spring eternal is one predicated on the belief that those who can see will never, ever finally say enough.

2010 has shown that the idea of Black supremacy in sports is a myth, with the play of Peyton Hillis smashing away at the notion that white guys cannot play tail back. Other white running backs have been just as talented, though never given proper looks and relegated to fullback in the NFL (few in c ollege football have the intellect and skill of Owen Marecic).

Worse, 2010 has shown just how fragile the National Basketball Association (NBA) is and how baseball is a game in need of a serious makeover. Itâs also shown that college football is a sport thatâs about to get much whiter, thanks to the twin problems of poor scholastic performance and high rates of criminality that plague juvenile Black males.

Black Run America (BRA) needs heroes and sports give us many to admire, just as many more fall by the wayside. A paradox that will eventually provide the thread that unravels the entire regime.

And, once again, Richard Lapchick has shown us that no matter how much money is lavished upon building massive academic facilities and manpower, time and effort exerted by tutors to help college athletes earn a degree, Black football players (and basketball) continue to find graduating a difficult proposition.

Nature always wins in the end.

Are Black people better athletes (f ootball and basketball being the primary sports people care about)? Simple question, but in answering what does that reveal?

William Pierce (And Me) on Racism
Robert S. Griffin
• 225 Comments • Reply
← #492. Architecture#56. In Vino Veritas →
Hide 4 CommentsLeave a Comment
"Richard Lapchick, Black Failure in the Classroom and Sports: Are Black People Better Athletes?"
• 4 Comments
Commenters to Ignore
Commenters to ignore (one per line)