It has been argued here that the spread and proliferation of the Black Undertow comprise the great ecological threat to mankind (and the concept of sustainability), as real, discernible Climate Change brought about by the Black Undertow keeps most other races from utilizing public transportation.

In cities like Montgomery, where a bus-boycott galvanized a nation to accept sweeping Civil Rights legislation (that lead to directly to Black-Run America), it is only Black people who now ride that antiquated – and dangerous – system:

White people in Montgomery have fled the city to create new suburbs, which require them to drive their cars to and from their places of employment, contributing unnecessary amounts of carbon emissions into the atmosphere. All to avoid riding in buses next to Black people.

In Atlanta, more than 76 percent of the riders of MARTA, which just approved a fare increase to become the most expensive – and poorly managed – public transportation commute in the nation, are Black people. White people in Atlanta have fled to outlying suburbs throughout the metro area, where no MARTA station can be built to allow a criminal element to enter their shining Whitopia.

Atlanta has the wost traffic in the nation because white people living in the suburbs are trying to escape the Black Undertow and would rather spend 10 hours a week in the car (commuting two hours a day to and from work) than allow MARTA into their towns. Think about that for a second.

The same is said of Washington D.C., where the DC Metro is basically a job program for Black people with more than 90 percent of the employees being Black – though DC is almost majority white… talk about disparate impact – and Black people make many of the stops no-go areas. yes, white people ride the Metro to work, but DC still has some of the worst commutes in the nation because of a desire to live away from the wondrous diversity we constantly hear makes our nation great and a greater desire to avoid riding next to them on the Metro rail and bus system.

In Cleveland more than 85 percent of the citations issued to customers not paying for a ride on the public transportation there have been Black people. 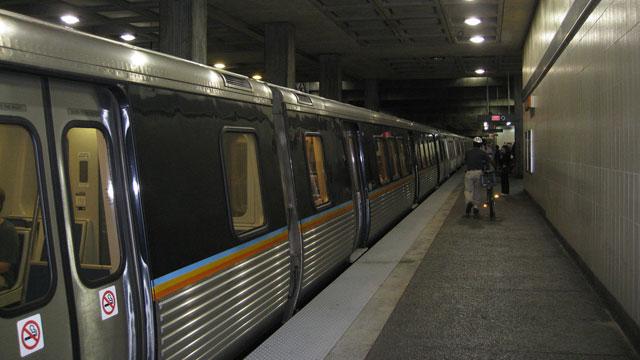 Atlanta’s MARTA system is broke; 76 percent of the riders are Black

US News and World Report did a list of the Top 10 American cities for Public Transportation, and no city with a majority Black population cracks the list. In fact, eight of the cities have small to negligible Black populations. LA and New York are on the list because having a car in the latter city is an insane proposition. Public transportation works in San Diego, Portland, Boston, Seattle, Denver, and Salt Lake City because there are low Black populations there to loiter, skip out on paying for fare, and making the systems inhospitable to people desiring a peaceful trip to work, a sporting event, or other service. Phoenix has an outstanding trolley system as well.

Those who have dedicated their lives to environmentalism, protecting the environment, creating energy independence in America and a move away from our dependence on importing fossil fuels and other green causes are hypocrites unless they are willing to understand why white people (and Asians and other non-Black people) flee Black Undertow cities and refuse to ride public transportation in cities like Memphis, Atlanta, St. Louis, Cleveland, Birmingham, etc.

They are hypocrites who live in places like Boulder, Austin (Texas), Portland, Seattle, and Burlington (VT) where few eyes every are set upon a Black individual and riding public transportation is a safe and clean activity.

Civilization is a very precarious thing. Looking at why cities collapse and why cities (and regions) thrive is a messy business, because the data provides patterns that run counter to the egalitarian ideology touted by Disingenuous White Liberals who enforce BRA at every turn. Detroit vs. Pittsburgh is not a football match-up; it offers a simple look at why one city survives and the other is on life-support.

The Blaze.com provides a video from the New York Subway System which serves as a metaphor for why people flee the Black Undertow – no, not because of the Black gangs roaming the subways with box cutters – and sadly no one points out that this same behavior isn’t found on the public transportation of lily-white Portland, Seattle or Salt Lake City. These cities work (as do their public transportation systems) because white people, regardless of their political orientation, can maintain civilization and high standards of moral behavior in public.

Black people? Well, you be the judge of it:

Youâll want to put headphones on or turn down the volume, because the video youâre about to see is full of screaming and chaos.

It shows several NYPD officers in Harlem attempting to arrest four girls who had tried to board the subway without paying the fare. The girls resist arrest â but that might be an understatement. WNYW-TV explains:

One girl is seen swinging a bag at the officer while others try to pull away as theyâre being handcuffed. One of the officers pulls out and swings his billy-club in a defensive move as he is attacked.

The same girl with the bag can also be seeing kicking one of the officers.

Strangely, despite similar moments of Blacks Behaving Badly (BBB) on public transportation in cities all across the country, some Herman “Munster” Cain fan at The Blaze left this comment:

Posted on October 11, 2011 at 10:18amThis is a clear example of what the liberal democrats have done to (some) blacks, theyâve turned them into idiots who belive the law does not apply to them. Liberals disgust me.

Why don’t Disingenuous White Liberals riding public transportation in Seattle, Portland or New York City (home to hundreds of thousands of Stuff White People Like white people) act this way? Why do these “liberals” have the ability to turn (some) Blacks into idiots who belive (sic) the law does not apply to them?