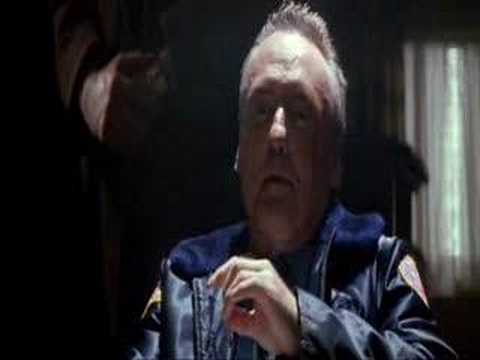 You have to love Mein Obama. His ratings are failing dramatically, the voters who put him in the White House are fleeing with no sign of returning and yet Black people still love their man (though Gallupâs newest poll shows the lowest approval percentage of Obama by Black people since he took office â 85 percent approval). Well, to halt the catastrophic popularity decline Mein Obama appeared on The View where he made these comments:

When asked about his background, which includes a black father and white mother, Obama said of African-Americans: “We are sort of a mongrel people.”

“I mean we’re all kinds of mixed up,” Obama said. “That’s actually true of white people as well, but we just know more about it.”

The president’s remarks were directed at the roots of all Americans. The definition of mongrel as an adjective is defined as “of mixed breed, nature, or origin,” according to dictionary.com. Obama did not appear to be making an inflammatory remark with his statement and the audience appeared to receive it in the light-hearted manner that often accompanies interviews on morning talk shows.

Mongrels? Who is that dude talking about? It is well-known that Mein Obama has been playing a lot of golf since he took office, so it is becoming glaringly obvious that he has bought into the idea of the Brown Paper Bag Test so that he can play 18-holes at lily-white courses. Black people are proud to be Black and the mere mention of a mongrelized past coupled with an amalgamated genetic present is unsettling, especially coming from Mein Obama. Is he calling Black people part eggplant, a la Dennis Hopper in True Romance ? A âmongrelized peopleâ is an incredibly unpleasant and contemptuous manner in describing anyone, let alone an entire race. And Mein Obama has just decried the race he chooses to identify with as mongrelized and unauthentic, not exactly endearing terminology. One person dared preempt Mein Obama by asking how white are Black people, but his question went largely ignored:

How white are blacks? How black are whites? Because African-Americans and European-Americans have been in contact, sometimes intimate, since 1619, these questions are central to Americans’ collective self-understanding. In recent years, genetic techniques for accurately determining the answers have finally become available. Molecular anthropologist Mark D. Shriver heads a group of nine population researchers at Penn State University who are going beyond the arbitrary “one drop of blood” rule to answer these ancient questions about the family trees of the typical American “black” and “white.” They have examined DNA samples from 3,000 individuals in 25 locations around America, mostly self-identified African-Americans, looking for the gene markers that tend to differ between Europeans and Africans. Shriver pointed out that genetically tracking admixture is difficult because differences even between subraces, such as Scandinavian versus West African, account for only about ten percent of human genetic variation. “Thus, we are all more alike than we are different,” he noted. Besides illuminating American history, Shriver hopes to use his ability to determine racial admixture to locate genes associated with illnesses that affect one race more than the other — such as diabetes, prostate cancer, and hypertension, which are more prevalent among African-Americans, and dementia and osteoporosis among whites. The subject of black-white admixture is particularly complicated because, since the later 17th Century, Americans with virtually any visible sub-Saharan African ancestry (the so-called “one drop of blood”) have been socially categorized as simply African. Only recently has society begun to tolerate individuals like Tiger Woods (who is one-half East Asian, one-quarter sub-Saharan African, one-eighth European, and one-eighth Native American) defining themselves as anything other than as African. Indeed, Woods was criticized by some African-Americans in 1997, following the first of his three Masters’ victories, for not submitting to the “one drop” definition. Is mixed race ancestry fairly typical for an American? In two ways, it is. First, more than 50 million whites, according to his analyses, have at least one black ancestor. Another way to approach the question is to group together all the whites and blacks in America and calculate their mean degree of admixture. Shriver’s data shows that on average, they would be about 12 or 13 percent African. Yet, from another perspective, a sizable degree of racial mixing is highly unusual. There simply aren’t many African-Americans or European-Americans who are mostly white but also substantially black. Shriver pointed out, “There is a very small degree of overlap in the population distributions.” In America, most of the whites are extremely European and most of the blacks are quite African. Despite the notorious arbitrariness of the “one drop” rule, the actual American population conforms to its strictures surprisingly closely. Granted, the “one drop” rule would be laughed out of existence if anyone attempted to impose it on a land with a more genetically blended population, such as Puerto Rico (which Shriver has begun to study). Yet, it appears possible that the rule survives in the U.S. because it’s not too wildly inaccurate. Only a small fraction of the population is more than half, but less than 90 percent European. Among self-identified whites in Shriver’s sample, the average black admixture is only 0.7 percent. That’s the equivalent of having among your 128 great-great-great-great-great-grandparents (who lived around two centuries ago), 127 whites and one black. It appears that 70 percent of whites have no African ancestors. Among the 30 percent who do, the black admixture is around 2.3 percent, which would be like having about three black ancestors out of those 128. In contrast, African-Americans are much more racially mixed than European-Americans. Yet, Shriver’s study shows that they are less European that was previously believed. Earlier, cruder studies, done before direct genetic testing was feasible, suggested that African-Americans were 25 or even 30 percent white. Shriver’s project is not complete, but with data from 25 sites already in, he is coming up with 17-18 percent white ancestry among African-Americans. That’s the equivalent of 106 of those 128 of your ancestors from seven generations ago having been Africans and 22 Europeans. According to Shriver, only about 10 percent of African-Americans are over 50 percent white. This genetic database is restricted to adults. Black-white married couples quadrupled in number between the 1960 Census and 1990 Census, so the admixture rates among children are no doubt higher than among adults.

One can only laugh at the idea of the one-drop rule, until the reality of current pop star Rihanna being bullied for the sin of being white in Barbados is uncovered. For the authentic Black people in Barbados, Rihanna looked too white. When confronted with such distressing knowledge â since Rihanna is a symbol of âBlackâ sexuality in America â what is one to take from Mein Obamaâs declaration of Black people being mongrelized? Recall that in the sordid history of Haiti, mongrelized (or partially white) Black people were slaughtered by pure, authentic Black people (of the darker variety). A scene from an insipid Kevin Costner film sums up this entire debate in the eyes of authentic Black people (unlike the half-white Barry Soetoro who dares call âhisâ people mongrelized), courtesy of General Bethlehem. Like it or not, America in 2010 is finally getting that discussion on race.

Save ListCancel
Endorsed Only
Trim Comments?
← Death Sentence for Kyser Miree in Mobil...Thank You for the Donations →
Current Commenter
says:
Current Date at Time Now
Leave a Reply - Comments on articles more than two weeks old will be judged much more strictly on quality and tone
Cancel Reply
Commenting Disabled While in Translation Mode