Twoyears ago the male members of the 9-member Birmingham City Council (all black) wore âhoodiesâ to show their solidarity with one Trayvon Martin; on that same day, the council (7 of 9 members are black)voted to make Trayvon Martin an âhonorary citizen of Birminghamâ. 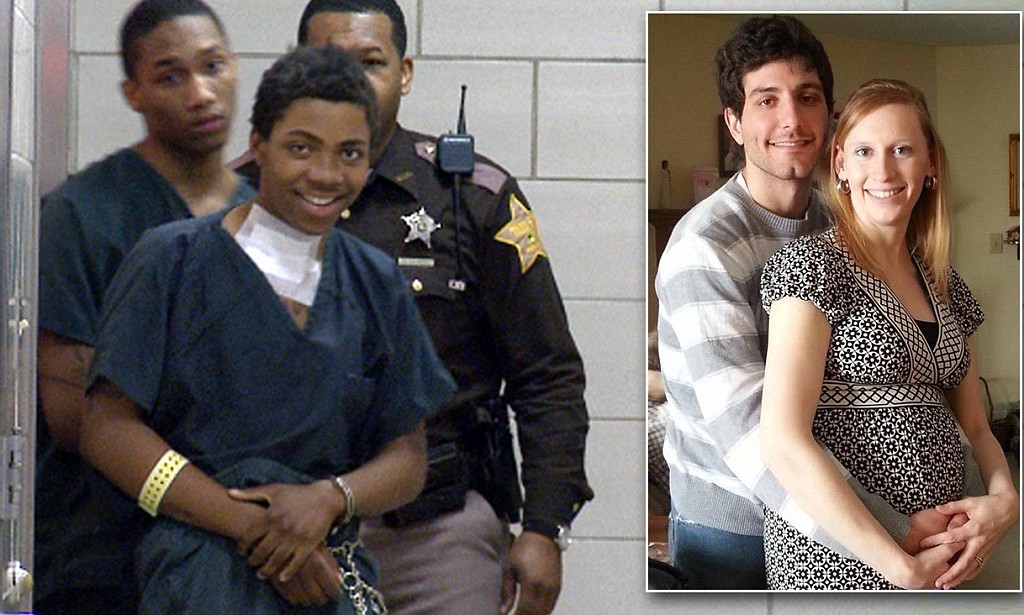 The first black District Attorney of Philadelphia, Seth Williams, took to Twitter to showcase to his followers just where he stood on the issue. The individual charged with prosecuting criminals (as an agent of the state) in Philadelphia sided with a black youth from Florida by wearing a hoodie and Tweeting it out for the world to see a visual display of racial solidarity. [Philadelphia DA releases photo of himself in ahoodie, Twitchy.com, 3-23-12]

A marching band, from a historically black college in Montgomery, spelled out his first name during a halftime performance.[Alabama State marching band spells ‘Trayvon’ during Saturday’s halftime show, Al.com, 9-8-13]

The black President of the United States of America commented directly on the killing (“If I had a son…), with the black Attorney General of the Department of Justice also taking an unprecedented interest in the case, in what should have been just another minority-on-minority homicide.

Every major network broadcast story after story on the saintly nature of Trayvon Martin, fanning the flames of black racial resentment toward whites, even though not one person was involved in the George Zimmerman-Trayvon Martin affair.

One, NBC, e ven doctored a 911 recording to make it appear Zimmerman was racial profiling.

CNN created a new racial designation, white-hispanic, just to proclaim the guilt of an entire people for the death of their beloved angel, Trayvon Martin.

A high school even planned to hold a “Trayvon Martin Day“…

When you type in “Trayvon Martin” into Google, 57,500,000 results come back for your viewing pleasure.

Not one city council from across America will honor Nathan Trapuzzano.

Not one district attorney from a city outside of Indianapolis will tweet out a picture in memory of Nathan.

No marching band will spell N-A-T-H-A-N. The Black President of the United States of America and the black Attorney General of the Department of Justice will never utter Nathan’s name, for his killer – Simeon Adams, a 16-year-old career criminal – looks like the proverbial son of both men.

The Department of Justice won’t provide support for pro-Nathan Trapuzzano rallies, for no rallies will even happen.

No network special will ever air.

No high school will hold a “Nathan Trapuzzano Day.”

When you type in “Nathan Trapuzzano” into Google, 311,000 results come back for your viewing pleasure.

Nathan Trapuzzano was a white male.

Now, he is dead, courtesy of a black male (the real-life personification of the evil Heath Ledger portrayed as the Joker in 2008’s The Dark Knight ).

Unlike NBC footage of George Zimmerman, this isn’t doctored…

A black male who laughed at his initial arraignment.

The Indianapolis Star published a moving account of Nathan’s widow, Jennifer, and how she is coping as a soon-to-be mother. Though there is no equivalent of a Rachel Jeantel-character, this is a story that fittingly serves as the eulogy for a dying civilization. [Jennifer Trapuzzano leans on family, faith amid tragedy, Indy Star, 4-13-14]:

They were planning to celebrate their daughter’s birth, their first wedding anniversary and Nate’s 25th birthday next month.

But all that ended early on April 1, when Nathan was confronted by a gunman, while he was finishing a morning walk near the couple’s Westside home.

Police found Nathan with a mortal gunshot wound to the abdomen at about 6 a.m. in a parking lot of Tron Tire Shop in the 3500 block of West 16th Street, about two blocks from his residence. Simeon Adams, 16, was arrested last week and charged with Trapuzzzano’s murder.

“I know he’s gone, but I don’t want to think about the circumstances yet,” Jennifer said. “I just want to remember my last night with him.”

That Monday, March 31, was a special night, Jennifer recalled. Nathan, a computer programmer at Ivy Tech Community College, returned after work to the home they shared on Berwick Street to find Jennifer already in bed.

She is studying to be a physician’s assistant at Indiana University-Purdue University Indianapolis.

Eight months pregnant, Jennifer said she told Nathan that she was woozy and light-headed in class and a friend drove her home.

Nathan lay in bed beside her, rubbing her back. After a while, he left the bedroom to warm some leftovers for his dinner.

Jennifer soon joined him in the kitchen.

Nathan began making biscuits, while Jennifer read him the recipe. Later, they walked to McDonald’s where he bought her an Oreo McFlurry.

They returned home and spent the evening talking, before turning in early. This time together at night was something new for them. Nathan had that day started a new early-morning exercise schedule, instead of walking in the evenings, so he could spend more time with Jennifer.

Jennifer remembers saying that she couldn’t imagine life without him.

“I love you so much,” she told Nathan. “I don’t know what I’d do without you because you take such good care of me.”

Each said “I love you” before going to sleep.

Jennifer recalled Nathan placing his hand on her belly and feeling Cecilia’s kicks just before she dozed off, safe in her husband’s arms.

“That’s the last thing I remember,” she said. “It was so special.”

But one day people will be able to see Trayvon Martin’s ‘hoodie’ at theSmithsonianâs National Museum of African American History.

Nathan’s life and story of how it ended will be remembered by few; Trayvon’s memory will empower a generation…

This is what it means to live in the United States of America.

Race and Crime in America
The unspoken statistical reality of urban crime over the last quarter century.
Ron Unz
• 204 Comments • Reply
← The State of Baltimore in 2014: What We...NASA, Collapse, & Income Inequality: A ... →
Hide 162 CommentsLeave a Comment
"Media Blackout: Comparing Coverage of the Murder of Nathan Trapuzzano to Trayvon Martin..."
• 162 Comments
Commenters to Ignore
Commenters to ignore (one per line)

Save ListCancel
Endorsed Only
Trim Comments?
← The State of Baltimore in 2014: What We...NASA, Collapse, & Income Inequality: A ... →
Current Commenter
says:
Current Date at Time Now
Leave a Reply - Comments on articles more than two weeks old will be judged much more strictly on quality and tone
Cancel Reply