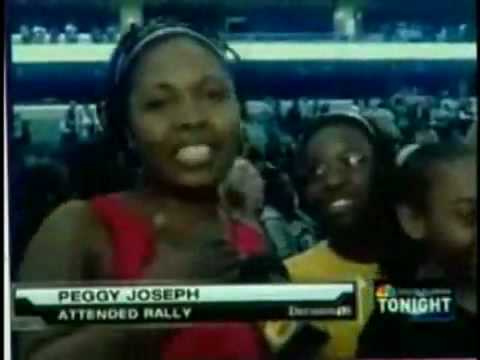 It’s all going to end in tears

Traveling today. Trying to finish editing Captain American and Whiteness (cover will be up by Saturday), but can’t help but look out the window of the airplane – while at a cruising altitude of 40,000 feet – and think about all that is going on down there in America.

Fitting that today is Bastille Day in France, because a story was e-mailed to me that caused me to chuckle when thinking about ‘liberty, fraternity, equality’ and where we as a nation are headed. It was nearly a year ago that 30,000 (predominately Black) people rioted in East Point over the opportunity to sign up for a waiting list for Section 8 voucher s — many years in the future, mind you.

In Dallas County (Texas), conservative estimates of 15,000 people – more likely 25,000 – 30,000 – turned out for the opportunity to apply for housing assistance vouchers, a process that will require a two-year waiting period. Oh, a riot broke out in process:

At least five people required medical attention, including one pregnant woman who was trampled, after hundreds of people began running to apply for housing assistance vouchers early Thursday morning.

Dallas County residents hoping to secure a Dallas County Health and Human Services housing voucher began lining up on Polk Street outside of the Jessie Owens Memorial Complex at 4:30 p.m.

Wednesday. The vouchers provide up to $1,000 each month to put toward rent for low income families.

By 5 a.m. Thursday, that number had grown substantially and as many as 15,000 applications were expected, according to Dallas Fire-Rescue’s Jason Evans.

When the gates were opened upat 5:30 a.m., the mass of people all began to run toward the building where the voucher pre-applications will be processed — all were trying to be among the first of thousands to line up. In the rush, some suffered minor cuts, bruises and heat exhaustion. The pregnant woman who was trampled is said to be OK, but shaken up.

The rush prompted some officers in the Dallas County Sheriff’s Department to don riot shields in order to keep the crowd orderly and safe.

Evans said that after the stampede, DFR sent six paramedics, two ATVs, one rescue unit and an EMS supervisor to the scene. They will remain at the location throughout the day to offer assistance to anyone who may suffer from heat-related issues.

Zach Thompson, with the Dallas County Housing Authority, said there was no urgency for people to run for the vouchers. Thompson said the pre-application is a two-part process and that Thursday all people would be doing is giving their name, phone number and the number of people in their household. They are then called back for an interview where it will be determined then if they are placed on the waiting list for the voucher.If approved, it could take up to two years before people receive their vouchers for rental assistance.

Dallas County currently has about 3,800 vouchers in use at a cost of $18 million to $20 million per year.

Officials said that about 500 people leave the system annually due to finding more gainful employment, moving or lack of compliance.

Most agencies that provide the vouchers have such long waiting lists that they have not accepted new applicants for years. This was the case in Dallas County, who before today had not accepted any new applications in five years.

Pre-applications are being accepted at the Ellis Davis Field House at the Jessie Owens Memorial Complex on 9191 S. Polk Street between 8 a.m. and 5 p.m. on Thursday only.

In Dallas County (as of 2009), 11 percent of the county received EBT/Food Stamps. Breaking it down further, four percent of whites and 25 percent of Blacks received EBT/Snap cards in 2009, a 33 percent increase since 2007.

One can only imagine the racial breakdown of EBT card users today. Can anyone find TANF/welfare stats for the county? Or the crime statistics by race. If memory serves, isn’t the Dallas Police Chief a Black guy whose son killed someone? Doesn’t Dallas have city council members who were upset about the term ‘Black hole’?

I didn’t start SBPDL seeking fame or trying to start a movement; it was a spoof of Stuff White People Like and an outlet for some creativity. But in flying today I began to think about creating a 40,000 foot view for SBPDL, coming up with objectives and establishing overall goals for what is being created here (and the ideas that so may other fantastic blogs and Web sites are running with, rallying behind, and creating outstanding research and analysis) and thinking about a direction for the future.

I’m no one special, just a kid in his mid-20s who looked at a nation on the verge of falling apart and decided to start writing about it. Perhaps life would be easier had I taken the proverbial blue pill and just sat down last night and cheered the parade of Black athletes on the ESPY awards on ESPN, the majority of whom grew up in homes reliant on EBT/Food Stamps, welfare, free school lunches, Section 8 Housing, special admission to college (based on poor test scores), and an army of tutors to keep them eligible in college before finally making it pro.

Few people want to confront what is coming, and when stories like the Dallas County Housing Assistance Riot of 2011 or Black Memorial Day 2011 Riots seep out, many close their eyes to the larger truth these events represent.

The violence many predict will engulf Indianapolis this weekend during the Black Expo could have been avoided, had the bloody event just been canceled. But it wasn’t and an army of police and brave volunteers are called upon to keep the peace because of lawless nature Black people provided during 2010’s Black Expo.

During that time I’ll be thinking about what that 40,000 feet view should represent.

(Republished from SBPDL by permission of author or representative)
← What Evil Lurks in the Heart of (White)...Womb Over Again! Prison Is the Safest P... →
Subscribe to New Columns
Tweet
Reddit
Share
Share
Email
Print
More
• Category: Race/Ethnicity • Tags: Atlanta, Riots
Recently from Author
Related Pieces by Author
Of Related Interest

The Great Replacement in Atlanta
The reality we are not supposed to notice
Paul Kersey
• 8 Comments • Reply
← What Evil Lurks in the Heart of (White)...Womb Over Again! Prison Is the Safest P... →
Hide 42 CommentsLeave a Comment
"A Lot of Potential "Bang" Behind the "Whimper": What the Dallas County Voucher Riot Tells Us About BRA's Future"
• 42 Comments
Commenters to Ignore
Commenters to ignore (one per line)

Save ListCancel
Endorsed Only
Trim Comments?
← What Evil Lurks in the Heart of (White)...Womb Over Again! Prison Is the Safest P... →
Current Commenter
says:
Current Date at Time Now
Leave a Reply - Comments on articles more than two weeks old will be judged much more strictly on quality and tone
Cancel Reply
Commenting Disabled While in Translation Mode