An average ACT score of 16.5 means Urban Prep will have plenty of future Tech Startups

We at Stuff Black People Don’t Like congratulate the students of Urban Prep in Chicago where, once again, the entire graduating class of Black students – 104 in all – have been accepted to college:

For the second year in a row, the entire graduating class — 104 students — at Urban Prep Charter School’s Englewood campus has been accepted into a four-year college or university.

The students who recently received their college admittance letters were presented with the new stripped ties Wednesday.

“I received a couple of scholarships…Now it just feels amazing. It is all around amazing,” said Matthew Williams, student.

Mason Fuller has received a full athletic scholarship to Northern Illinois University.
“I want to major in engineering, mechanical engineering in college, and then if possible go in the NFL,” said Mason.

Eighteen-year-old Alfonso Henderson was accepted by 21 universities. He will receive $719,000 in scholarships. Alfonso wants to be a lawyer and is considering Harvard, Yale and Wheaton College.

“I have been praying each and every day and just asking God to show me the way,” said Alfonso.

“It’s so amazing what he’s been doing,” said Nathaniel Jones, father.
Tim King, founder Of Urban Prep Academy, says students, parents and teachers all come together to ensure the success of the young men.

Urban Prep is like a Black Hogwarts, but instead of witches and wizards you have Black kids fromunderprivileged backgrounds who get sorted (sadly not by a talking sorting hat) into “Prides” where they work together as smaller units.

Small class, extra tutoring (think college athlete levels) and speeches from such luminaries as Spike Lee, Gary Sheffield and Henry Louis Gates are a hallmark of the non-profit institution (Newark anyone?).

It should be noted that the average ACT score of the Black students at Urban Prep is 16.5, hardly an overall score that screams “college prepared”:

Robert Schaeffer, the public education director of the National Center for Fair and Open Testing, a Cambridge, Mass.-based testing watchdog group known as FairTest, said the âstagnantâ ACT scores reflect a failure of the promise of the federal No Child Left Behind Act to boost achievement and improve college readiness.

âPoliticians can make all the claims they want that it is raising achievement, but even when there are improvements in state test scores, they donât show up in college-admissions test data, or on [the National Assessment of Educational Progress],â he said. âSo where is the beef?â

Mr. Schaeffer also noted that a FairTest analysis of ACT score changes between 2008 and 2009 shows little narrowing in the gaps between racial and ethnic minority students and their white peers. The ACT scores show only 4 percent of black students and 10 percent of Hispanic students meeting college-readiness benchmarks in all four subject areas in 2009, compared with 28 percent of white students and 36 percent of Asian students.

Strangely, the average ACT for Black students at Urban Prep is below the average Black score nationwide:

How are these kids going to be ready for college when they have basically had their hands held during high school?

What is the culprit behind this racial gap that even the vaunted Urban Prep cannot undue? Poverty maybe? Racial Segregation? Can’t be, because the students from Urban Prep all come from poverty-stricken families and at least – on paper – are accepted to college. The sons and daughters of the artificially created (thanks affirmative action) Black middle-class score just as poorly on standardized tests when they move to Whitopia’s.

The United States already spends a n ungodly amount of money on education (with white and Asian students providing an amazing return on investment) but it is Black kids in every school system in the country that continue to weigh down state averages on aptitude tests.

With Black students heavily populated in the southern United States, its no wonder that Alabama, Mississippi, Georgia, Arkansas and Louisiana appear near the bottom of overall US educational statistics. Weighted down by low Black scores, these states stand no chance against lily-white states from the Northeast.

We already know that in Black Run America (BRA) the goal of the education system is to provide Black people with the best opportunity for success at the expense of all other students. The only gap that matters in closing is the Black-white gap in achievement.

Waiting for “Superman” is the goal of all teachers, all schools and every educational institution in America. Meanwhile in China, the best and brightest are challenged daily knowing that the tomorrow belongs to them while Americans piddle away their nation with dreams of closing an impenetrable gap that nature never intended nurture to seal.

But hey, congrats to Urban Prep. Its success give Teach for America and Crusading White Pedagogues everywhere cause for celebration and hope. Meanwhile, school districts across the nation consider closing science labs in a bid to stop the racial gap from growing.

In a related story – to NASA’s search for a Black scientist and Black History Month Hero August Gorman– a writer at The Huffington Post bemoans the lack of Black startup companies:

For the past two years I’ve been spreading the message that people of color are missing out on the technology startup revolution. In an era where companies can be founded and within a few years can surpass the market-caps of companies that have been in existence for decades, and companies that are created in a weekend can go on to raise millions in funding and create jobs and opportunities for success for others, we are notably absent. It’s a topic that almost no one wants to touch.

Technology conferences brush over the concept by focusing their “lack of diversity” panels on low numbers of women leading startups rather than tackle the almost complete absence of African Americans and Hispanics as founders in the space. Or they highlight minority celebrities that have taken an interest in the space to make a passive attempt to show, “Look, they are here. Our education system does not promote science and mathematicsin general and promotes them even less in minority and urban areas: if children have parents who promote the importance of these subjects at home they are truly fortunate because the focus has all but disappeared in many public schools. When science is taught from rolling carts and “discovery math” concepts are introduced instead of real problem-solving, those children are already at a disadvantage.

We have a value proposition problem: I wrote a blog post about this topic over a year ago. Minority children today are led to believe that it is easier to be an entertainer or a pro athlete than it is be a startup entrepreneur.

Look, white and Asian students do fine in science and math. Black students don’t. Creativity, anentrepreneurialspirit and innovation aren’t taught, but reflect an individuals intelligence, ability, drive and determination. Kind of a “get rich or die trying” spirit that Black people sometimes showcase in a criminal sense. 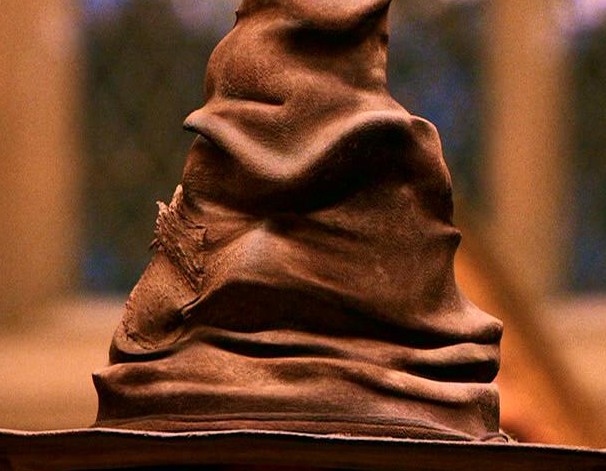 One Black blogger has said startup America needs to look like America. But that can never happen, for one unfortunate reason. The races weren’t blessed with an equal distribution of talent (Black people seem to be better athletes at football and basketball, but that pesky Peyton Hillis came along exposing a caste system) and you can’t force Black students in areas of studies they aren’t equipped to excel at.

I’d simply say this: America needs to look more like America. Looking at patterns of residential living, most of America already does with third world enclaves spread throughout that most people – who can -assiduouslyavoid.

So congrats to Urban Prep. I’m drinking a glass of white wine and smoking a cigar in your honor. Though your average ACT scores indicate your woefully unprepared for college (that test is culturally bias anyways) I’m sure you’ll do just fine outside your controlled, Black Hogwarts environment.

You at least give the Mainstream Media something to gloat about for a few days. Explaining the Spread of White Anger
Robert Weissberg
• 244 Comments • Reply
← A RoboCop Statue in Detroit? Just Build...Amerika Comes to Life in Wisconsin →
Hide 128 CommentsLeave a Comment
"Congrats to Urban Prep in Chicago; Now Work on Plugging That Minority Startup Gap!"
• 128 Comments
Commenters to Ignore
Commenters to ignore (one per line)

Save ListCancel
Endorsed Only
Trim Comments?
← A RoboCop Statue in Detroit? Just Build...Amerika Comes to Life in Wisconsin →
Current Commenter
says:
Current Date at Time Now
Leave a Reply - Comments on articles more than two weeks old will be judged much more strictly on quality and tone
Cancel Reply