Life as a white person in Black-Run America (BRA) can be summed up in this one paragraph. 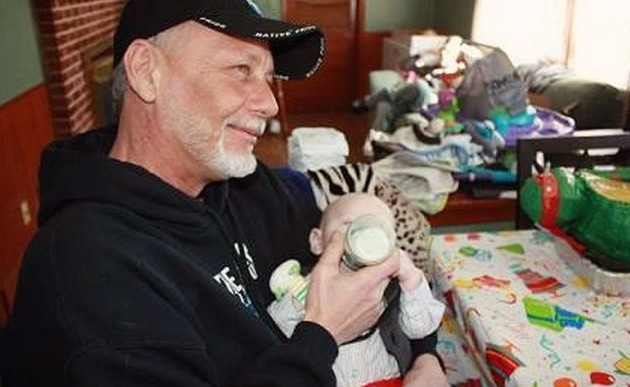 Steven Utash was nearly lynched by black mob in 83 percent black Detroit. His crime was daring to stop and check on the health of a black kid who walked in front of his car…

Imagine being an individual convicted of rape and murder; a person who dismembered their victims and engaged in necrophilia, cannibalism and the avocation of preserving body parts from those he killed. Imagine before you were convicted of 15 consecutive life sentences (936 years), you gave an interview where you said this:

He also wanted to set the record straight that he was not a racist. He says that the reason for the majority of his victims being a minority was simple location. Where he lived there was high concentration of Black and Hispanic people. He stresses that is was a simple location thing, and that he hopes âI hope that can get cleared up.â

Your name is Jeffrey Dahmer.

Murder, rape, necrophilia, cannibalism, and an avocation of preserving your trophy’s is no where near as vile as racism.

Now you should understand why the story of a white, 54-year-old tree trimmer from suburban Detroit, who was attacked by a mob of black people while trying to help out a 10-year-old black kid that walked in front of his car in the 83 percent black city, is no longer on the national radar.

A white “prole” – the most hated of all whites in America (because even white proles can maintain civilization) – named Steve Utash was attacked by a mob of blacks ranging in ages of 17 to 30 years old.

Frankenstein’s monster has been treated with more humanity by a mob than Mr. Utash was by those black people he encountered in deepest, darkest Detroit.

Actually, it was a lynch mob he encountered.

Mr. Utash, a 54-year-old white tree trimmer from suburban Detroit, was nearly lynched by a mob of blacks in Detroit.

A black nurse named Deborah Hughes – who told the Detroit News she carries a gun at all times because the neighborhood Utash was nearly lynched in “is terrible” – is credited with stopping the black lynch mob from killing the white male tree trimmer. [Retired nurse gets mob in Detroit to back off, stop beating driver, Detroit News, 4-8-14]:

Deborah Hughes stood up to a ferocious mob and possibly saved a manâs life.

The retired nurse said Monday she didnât hesitate when she saw a group of men savagely beating Steven Utash last week, after he got out of his pickup on the cityâs east side to check on a 10-year-old boy he had hit with his vehicle.

âNothing was really going through my head, other than âThey need to stop beating this man,â â said Hughes, 56.

The incident started about 4:10 p.m., when Utash, a tree trimmer, accidentally struck 10-year-old David Harris near Morang and McKinney. Hughes, who lives across the street, said events unfolded quickly.

âI looked out the window and saw that the boy had been hit, so I threw on my coat and ran out there,â said Hughes, who is retired from the St. James Nursing Center in Detroit.

Hughes also made sure to pack her .38 caliber pistol. âYou have to carry a gun around here,â she said. âThis neighborhood is terrible. I donât walk around without my gun.

âI saw the boy all by himself, crying,â Hughes said. âHis father was in the store. He came out, and I told him, âIâm a nurse; donât touch him. Let him lay there.â The baby was crying so hard, and I talked to him and tried to calm him down.

The crowd that had gathered suddenly attacked Utash, Hughes said.

âHe was screaming, and they were beating him, and kicking him,â she said.

Although police on Monday said theyâre expanding their investigation to include the possibility that the attack was a hate crime, Hughes said she didnât see anything to suggest that.

Hughes said she ran toward the mob to try to intervene.

âI said âPlease donât hit him anymore,â and they backed up. Everybody cleared the way and gave me room to work on him. Nobody cussed me; they didnât attack me. They just let me do what I needed to do.

âI massaged (Utashâs) neck, and got his circulation going. He woke up and started swinging and kicking. By this time, the EMS came, and me and the EMS driver tied him down and put him in the ambulance.â

This story will be go down the memory hole faster than you can say… Frankenstein.

But here’s the best part. More than100 black people were standing around the black lynch mob as they attacked Utash, and the only person who did anything was Nurse Hughes.[Three charged in Detroit ‘mob beating’, BBC.com, 4-8-14]:

Mr Utash’s son told a local radio station he believed the attack was racially motivated. The 54-year-old is white and the alleged attackers are black.

“It’s like you pulled up after there was already nine people on my dad and started kicking my dad,” Joe Utash told WWJ Newsradio 950.

“What possessed you to do that besides hatred in your heart?… It has to be like a racial thing,” he said.

Police say hate crime charges have not been filed, but officials have nor ruled them out.

She was attending to the boy’s injuries when an angry crowd began beating Mr Utash.

“It wasn’t right,” Ms Hughes told the broadcaster, adding 100 people were standing by but she was the only one who told the group to stop.

“I got over there and I told them ‘Don’t nobody hit him anymore,'” Ms Hughes said. “I had a gun in my pocket, I was ready to do some damage if I had to.”

Utash was nearly lynched by a black mob in 83 percent black Detroit, in a neighborhood the black nurse who saved him clearly knew was so dangerous she always needed to carry a gun.

Just remember: as a white person daring to be offended by the story of a near black lynch mob attack in 83 percent black Detroit, you are rated below that of Jeffrey Dahmer; an individual convicted of rape and murder, a person who dismembered their victims and engaged in necrophilia, cannibalism and the avocation of preserving body parts from those he killed.

Save ListCancel
Endorsed Only
Trim Comments?
← The Nathan Trapuzzano Execution: When T...If Obama Had a Son, He'd Look Like 16-Y... →
Current Commenter
says:
Current Date at Time Now
Leave a Reply - Comments on articles more than two weeks old will be judged much more strictly on quality and tone
Cancel Reply
Commenting Disabled While in Translation Mode