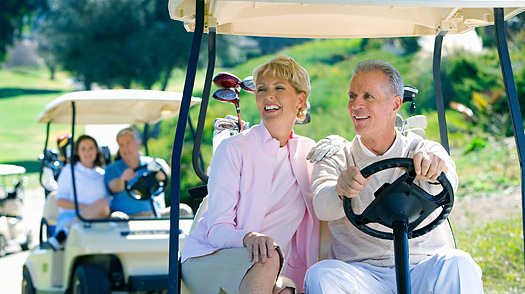 Who in the world could like Pre-Obama America? The boring, white-bread world that represented America when it was 90 percent white (as late as 1964 the United States was less than 1 percent Hispanic – a forthcoming SBPDL) is but a distant memory, like the view of major city’s skyline in the rear-view mirror as white people flee to their Whitopia’s.

Wait, wait, wait. It is a well documented fact that the majority of Black people live in major cities (an important website that shows which states in America have the highest Black population can be found here) and thus – despite those pioneering Stuff White People Like whites who practice gentrification – have few white neighbors.

Strangely, white people don’t want to live among Black people despite the ululating protestations of disingenuous white liberals who demand complete integration yet flee farther from Black people than their MARs counterparts.

Is this implicit whiteness on the part of white people, as some people have postulated? Is it a revulsion at the spectacle of the creeping reality of Clayton County and Cook County into all parts of the country that have Black people and the horror of what happened in St. Louis recently that continues to push white people into enclaves that are economically inaccessible to most Black people, sans athletes?

No, Black people know the real reason white people enjoy living among white people – and the occasional token Black – and it isn’t that difficult to comprehend, requiring few academic credentials to decipher and qualify: the reality of underclass Black criminality, which sadly comprises a large cross-section of the Black community acting as veritable Pac-Man eating both sides of a Venn Diagram (let us take a look at Memphis and the deconstruction of Section8 housing and the scattering of Black people into new areas of the city, as only The Atlantic Monthly could regale):

“Memphis has always been associated with some amount of violence. But why has Elvisâs hometown turned into Americaâs new South Bronx? Barnes thinks he knows one big part of the answer, as does the cityâs chief of police. A handful of local criminologists and social scientists think they can explain it, too. But itâs a dismal answer, one that city leaders have made clear they donât want to hear. Itâs an answer that offers up racial stereotypes to fearful whites in a city trying to move beyond racial tensions.”

“After decades of “white flight,” African Americans are now leaving Detroit at a higher rate than their white neighbors, according to estimates released Monday by the U.S. Census Bureau.

Estimates for single-race African Americans fell 3.8 percent in 2008 to 643,200, according to the bureau’s American Community Survey data.

The ACS estimates are based on an annual, nationwide sample of about 250,000 addresses per month.

“Black flight” has been a relatively consistent phenomenon in Detroit since the last official U.S. Census in 2000.”

Yes, major cities that once sparkled with magnificent, gleaming new towers that symbolized the United States dominance of the global economy now see these formerly great skyscrapers acting as tombstones, headstones and mausoleums to the white people who built them and as silent witnesses to the Black people who kill each other with stunning rapidity underneath their shade.

Black people in America have been shocked for a very long time at the stunning invertebrate reactions of white people to the de-whitening of the entire country. They can see what is happening to every part of the country and wonder why white people are so callow as to retreat to so-called Whitopia’s and merely wait for the fate that the fates have decided (it is akin to retreating to a fallout shelter and believing a nuclear war has been fought and the sky is already contaminated, when no such war has been fought).

“A Whitopia has three things. First, it has posted more than 6% population growth since 2000. The second thing is that the majority of that growth â upwards of 90% â comes from white migrants. The third thing a Whitopia has is an ineffable social charm â a pleasant look and feel.”

So, a Whitopia is a place, much like the US News and World Reports list of Best Places to Live in America, that has few Black people or “gasp”, other racial minorities (Black people still believe they are the only minority, despite being elbowed out of the way by Hispanics for second place in the spoils system long ago).

Black people look upon Whitopia’s with envious eyes, for they have been left to fend for themselves for nearly two generations since white flight first occurred and gave Black people the chance to run major cities, with most going the way of Jefferson County and Birmingham.

Why our Whitopia’s so evil, when white people are merely retreating to white cities to die, thereby raising the white flag of surrender, hoping to live out their days in peace?:

“There’s a long-term harm when Americans accept balkanization as a way of life,” says Benjamin, who is an African American. “Segregation can appear to allay social tensions, but it worsens them in the long run. Optimal democracies require more than voting; they require social integration and involvement.” Benjamin defines Whitopias as towns that are much whiter than the nation as a whole, which means they are more than 75 percent Caucasian. He looked at areas with a population growth of more than 6 percent since 2000, in which the growth was 90 percent white. Then he set out to Forsyth County, Ga., (98,000 people, 684 of them black), St. George, Utah, Coeur d’Alene and other vanilla outposts to find out why folks were moving there. “There are forces that push people out [of cities and inner suburbs], like diversity and crumbling infrastructure and high home prices,” Benjamin says. “And there are pull factors, like more home for your dollar [in the whitopias], beautiful natural amenities and safety, and the perceived comfort that comes with homogeneity.”

White people want to live around white people, although they will never, EVER admit this fact, which Black people exploit so easily and effectively. A movie was made called Pleasantville, which pokes fun at Pre-Obama America, for its lack of “color”. White people are constantly trying recreate the magic that is dramatically castigated in that film, to no avail.

Black people want to live among white people, because only white people have been able to create and sustain a pleasant -ville that welcomes them with open arms and away from the crime and poverty that shapes most majority Black areas.

So, paradoxically, we must include Whitopia among the Stuff Black People Don’t Like, for they would love to live among the thoughtful and pleasant white people who flee to these enclaves that are popping up quickly and efficiently (like a SIM-City), yet they are fearful for actually admitting what this would mean in practical terms.

Simply put, Whitopia’s mere existence undermines all that has been done in social engineering over the past 50 years and proves without a shadow of a doubt that integration has failed and that wherever white people can be found living amongst almost all white people, Black people will be found with their bags packed, hoping to move in soon to start Acting White. The Great Replacement in Atlanta
The reality we are not supposed to notice
Paul Kersey
• 8 Comments • Reply
← #113. Belts#710. Thomas Jane →
Hide 30 CommentsLeave a Comment
"#49. Whitopia"
• 30 Comments
Commenters to Ignore
Commenters to ignore (one per line)