The front page of this morningâs New York Times carried a story highlighting the growing discontent of working-class Americans whose âwages have flounderedâ over the last few years despite the ârecord levelsâ of corporate profits.

Although this discontent may seem somewhat mysterious to many American politicians, who spend their time closely cosseted with affluent lobbyists or attending lavish fund-raisers organized by the wealthy, it hardly shocks me. Most ordinary people donât like being poor or getting steadily poorer as the years and decades go by.

As it happens, I will be in DC next week, addressing this very topic at an Aspen Institute panel focused on raising the minimum wage. According to most news accounts, leading members of Congress were somewhat surprised when President Obama decided to include mention of the topic in his State of the Union address a couple of weeks ago, proposing an increase to $9.00 per hour. After all, heâd originally been elected on a promise to raise the level to $9.50, and had then spent the next four years focused on the far more urgent need to bail out our Wall Street firms and restore the business confidence of the wealthiest and most parasitical elements of our suffering society. But I suppose that low and late is better than nothing and never.

With the president having opened the door of respectability for the topic, Nobel Laureate economist Paul Krugman quickly seconded the idea, while the editorial page of the New York Times took the extreme and radical step of actually hinting at something closer to Obamaâs original 2007 promise of $9.50.

Meanwhile, my own conservative heresy of proposing a minimum wage increase, and even one considerably higher than the Obama/Krugman/NYT troika, continues to draw considerable shock and outrage from various reasonably prominent economists, some of whom have emphasized that they have been studying the topic since around the time I was born. Although most of them do advocate policies that would reduce current American poverty, their favored proposal is the Earned Income Tax Credit (EITC), which over the last decade or two seems to have become the consensus policy tool among the good-thinking DC Establishment.

Now my historical expertise in this field is rather limited, but I believe the roots of the EITC trace back to the âNegative Income Taxâ originally proposed by President Richard Nixon at the urging of free market icon Milton Friedman, and later implemented and expanded under various subsequent Democratic and (especially) Republican presidents. This means of addressing the poverty of low-wage workers involves the government sending them checks, thereby making them somewhat less poor. Free market advocates, always harshly critical of âbig governmentâ and the social-welfare system, seem to find these cash subsidies a quite congenial solution.

But letâs give a little thought to who actually benefits from this policy. Havenât low-wage employers merely followed the classic strategy of using their political influence to privatize their gains while socializing their expenses, retaining the full output-value of their workers but foisting a huge share of the costs unto ordinary taxpayers via the EITC, as well as housing and medical subsidies, school expenses, and social welfare benefits in general, none of which are remotely covered by the net taxes (if any) paid by the working-poor?

The obvious endpoint of this approach would be for businesses to pay their workers nothing, and have all salaries and social benefits covered by the government as an âanti-poverty measure,â a proposal which would surely seem very attractive to employers and their influential lobbyists.

One would imagine that such extreme and corrupt distortions in the most basic free market principles would provoke considerable outrage among all policy experts, left, right, and center. But let us not forget who actually pays the salaries of these individuals.

On a related matter, one point I will strongly emphasize in my Aspen Institute talk is the unappreciated political paradox that a much higher minimum wage may actually be far easier to enact than the paltry $9.00 or $9.50 figure advocated by Obama, Krugman, or the NYT. The reasoning becomes obvious when you lower your gaze from the commanding heights of Americaâs boardrooms or faculty lounges to the practical realities of our society.

The only direct beneficiaries of a $9.00 minimum wage will be those currently earning in the range $7.25 to $9.00. Such American workers are relatively few in number, and being quite poor, tend to skew overwhelmingly Democratic, when they even vote at all. Meanwhile, the extra dollars being dangled in front of their eyes are hardly enormous, especially when we consider those gains would largely be offset dollar-for-dollar by losses in their EITC payments. A proposal that offers a little extra money to a small fraction of the electorate that already votes Democratic in overwhelming numbers will have a difficult time passing the Republican-controlled House.

By contrast, consider the politics of a minimum wage proposal in the $12.00 range. According to my estimates, a remarkably large fraction of all American workers would benefit, and when we add in their husbands, wives, parents, and children, the total is probably a landslide majority of the entire voting population. Furthermore, the promised gains are huge—many thousands of extra dollars to each worker in most cases. And at such higher current wage levels, the beneficiaries are almost as likely to be Republicans—especially Southern Republican conservatives—as core Democrats. Rush Limbaugh might denounce the idea all he wants, but would his hundred-million-dollar tongue really carry the day against the offer of an extra $10,000 per year, cash-money, to a financially-strapped family of social-conservatives living in Georgia?

Admittedly, the notion of minimum wage advocates simply buying the votes of Americaâs heartland conservatives with such a hefty offer of annual cash might seem crass and undignified within the refined quarters of Georgetown salons. But as Iâve pointed out in the past, consider the situation from a different perspective. All too many of Americaâs corrupt political class spends all their years in Congress or elsewhere constantly selling their votes for money, whether via the legal vehicle of campaign contributions or based on the prospects of lucrative future lobbying and speaking fees. So perhaps just this once, we should grant ordinary voters the same right to sell their own votes for an extra two or three dollars per hour worked.

Finally, one under-appreciated aspect of the minimum wage debate is its obvious connection to immigration, which was my own original entrance into the topic and which Bloomberg Businessweek has now briefly mentioned. A bipartisan consensus in Congress seems to be forming in favor of a widespread amnesty for Americaâs 11 million illegal immigrants, possibly combined with increased visas for the highly-skilled and a guestworker plan for agricultural laborers.

But unless every fundamental economic principle is mistaken, a large increase in the effective supply of Labor will surely reduce its bargaining power against Capital, and working-class living standards will deteriorate even more rapidly than has recently been the case. Furthermore, once todayâs undocumented get their documents, many of them may move up the economic ladder, leaving large vacancies among those jobs that are especially low-paid or unpleasant, and this economic vacuum will attract a new wave of illegals, perhaps hoping for similar amnesties at some future point. After all, that is exactly what happened following the 1986 Amnesty, endless promises of enhanced border-control notwithstanding. Economic arrangements that are mutually agreeable to both sides of a transaction are difficult for the government to prevent.

However, a $12.00 minimum wage would completely eliminate many of those lowest-rung jobs drawing illegals while drawing citizens and legal residents to fill the remainder, and my suggestion that a high minimum wage would serve as a powerful prophylactic against future illegal immigration is now beginning to resonate in rightwing quarters, as the prospects for the looming amnesty grow stronger. Just a few days ago, VDare.com, the premier âhard-coreâ anti-immigration webzine ran an article with the provocative but accurate title âRon Unzâs Minimum Wage Proposal—Make Illegal Immigration Unprofitable!â, which Iâve heard attracted a rather enthusiastic reaction from many readers.

Obviously no respectable Democrat these days would ever dare advocate an anti-immigrant measure. But could a $12.00 per hour minimum wage be seen as âanti-immigrantâ if it would probably draw the strong support of 95% of Americaâs immigrants? I’d guess that if VDare.comâs Peter Brimelow ran on a $12.00 platform and faced an Obama-Krugman ticket running on $9.00, his Hispanic landslide would be the most lopsided in American history.

Finally, consider that many of the pusillanimous Democrats in Congress currently seem very reluctant to propose anything above a $10.10 figure, even if just as an initial negotiating position. But I suspect that liberal Democrat George Miller would feel very comfortable sponsoring $12.00 minimum wage legislation in the House, if fire-breathing Republican Jeff Sessions would agree to similarly sponsor a $12.00 minimum wage bill in the Senate.

(Republished from The American Conservative by permission of author or representative)
← Meritocracy: Admitting My MistakesMeritocracy: Gelman's Sixth Column → Capitalism and the Minimum Wage: âI Got Mine, Screw You.â
Fred Reed
• 197 Comments • Reply
← Meritocracy: Admitting My MistakesMeritocracy: Gelman's Sixth Column →
Hide 41 CommentsLeave a Comment
"Undoing the Minimization of Wages in America"
• 41 Comments
Commenters to Ignore
Commenters to ignore (one per line) 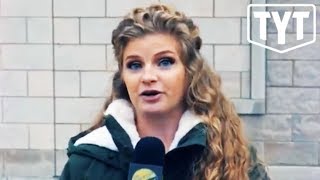