The national bout of rampant Arabophobia in our media reached its zenith (or perhaps its nadir) in a recent column posted on Vdare.com, America’s premier anti-immigrationist website, which I had previously discussed a few weeks ago:
VDare.com vs. the ‘Goldberg’ Review”, December 20, 2001

In a commentary on the controversy surrounding the case of Walid Shater, the Arab-American Secret Service agent forced off a domestic flight because of his ethnicity, James Fulford, a member of Vdare’s editorial board, took a quite contrarian tack. Citing the plot of a Tom Clancy spy-novel, Fulford argued that America erred not in “profiling” Shater, but in having allowed him to join the Secret Service in the first place. Instead, all Arab-Americans should be banned from the Secret Service, or perhaps (by implication) any other position of government responsibility. http://vdare.com/fulford/bush_arab.htm

Now as it so happens, America contains some millions of Arab-Americans, but so far NOT ONE SINGLE Arab-American has been implicated in the events of September 11th. Thus, banning millions of such American citizens from government service based on the evidence of a fictional spy-novel seems somewhat extreme.

Furthermore, we recently saw the release of that Muslim immigrant student allegedly caught lying about possession of specialized aviation radio equipment in his hotel room across from the WTC on 9-11. This had seemed to me about the first (and only) plausible public case against any of the thousand-odd “profiled” Muslims rounded up after 9- 11, and was considered so strong that our government had repeatedly trumpeted it, and ordered the terrorist suspect held without bail. As the NY Times story attached below recounts, our brilliant security services apparently got their hotel room numbers a little mixed up.

As a consequence of the Fulford piece, I submitted a letter to Vdare, detailing in rather stronger and more pungent terms the same case against one-sided ethnic profiling of Arabs or Muslims that I had previously published in Salon.com, where I pointed out that similar “profiling” arguments might equally well be applied to blacks or Jews.
“Rounding Up Arabs, Blacks, and Jews” Salon.com, December 6, 2001

However, since I suspected that a considerable number of Vdare’s most ardent supporters might believe that extending such general “profiling” (or worse) to all American blacks or American Jews would be a very good idea indeed, I closed my letter with a couple of paragraphs pointing out that other such “profiling” measures might hit a bit closer to home for Vdare supporters.

When I strongly protested this serious distortion by omission, Fulford and Vdare agreed to post my letter of complaint containing those two crucial paragraphs, which they reasonably entitled as my claim to being “an equal opportunity slurrer.” http://www.vdare.com/letters/tl_011702.htm

Since the posting of that letter (which contained my email address), I have unsurprisingly received quite a few angry notes from strong Vdare supporters, harshly denouncing Arabs, Jews, Latinos, and blacks, while simultaneously also denouncing my implication that they fit the ideological “profile” of “racialists” or KKK members.

Below are the two missing paragraphs of my letter, allowing everyone to evaluate the evenhandedness of my analysis.

To repeat my position yet again: “profiling” is a perfectly reasonable governmental technique, so long as it is applied fairly and even-handedly, an approach that virtually no “profiling” advocate seems currently willing to support.

Final two paragraphs of my letter to Vdare.com:

But now things get perhaps somewhat less favorable for Vdare supporters. Public opinion polls generally show that Americans regard KKKers, neo-Nazis, and such as among the vilest and worst monsters, whose crimes should be shown no mercy whatsoever by our government. Now it so happens that virtually all criminal KKKers, etc. who commit vile murders also happen to exhibit “racialist” views. So, although I suspect that 99.99% of Americans who exhibit “racialist” views do not commit vile murders, presumably all such “racialists” should be profiled on general principles and treated accordingly, e.g. barred from responsible jobs, strip-searched at airports or even banned from flying altogether, or perhaps simply interned as a preventative measure.

But look on the bright side. Once everyone who has ever written for Vdare or participated in h-bd has been interned in prison as fitting the “profile” of a KKK murderer, we’ll no longer need the crude medium of the Internet to continue our endless discussions on the validity of profiling. The End of the "Wars on the Cheap" for the United States
The Saker
• 233 Comments • Reply
← Colorado's Anglo Court vs. English?Not Unfair →
Current Commenter
says:
Current Date at Time Now
Leave a Reply - Comments on articles more than two weeks old will be judged much more strictly on quality and tone
Cancel Reply 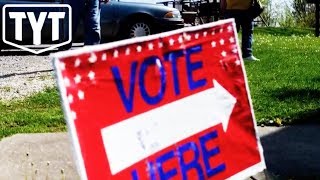