The front page of today’s New York Times (Lydia Polgreen, February 16, 2004) carried an interesting story, appended below, about the current goings on in unfortunate Haiti, and the moves afoot by portions of the populace to replace the current leader, a U.S.-installed Jeffersonian Democrat, with a new and improved 2004-model Jeffersonian Democrat.

Consider also the very recent op-ed (Los Angeles Times, February 12, 2004) by Max Boot, a leading neocon ideologue of America’s worldwide imperial crusade for Jeffersonian Democracy. Boot argues quite plausibly that the ongoing problems in Haiti are largely due to Bill Clinton’s unwillingness to commit himself to a long-term American occupation of that island, and urges our current leaders to certainly avoid making that same mistake in Iraq.

Considering that America has occupied Haiti off and on for something like twenty years over the last century, I have little doubt that raising that total to a solid thirty would transform Haitian political life into a “diversified” version of New England’s traditional town meetings.

As one early indicator of this likelihood, the Times story reveals that the main Haitian opposition group, which had long styled itself “the Cannibal Army,” has now told reporters it henceforth wishes to be known as the “Artibonite Resistance Front,” presumably in hopes of raising its chances of attracting financial and political patronage from our National Endowment for Democracy or various neocon media organs. Given the ideological and ethnic roots of those currently controlling American foreign policy, I suspect that once an effective PR firm is hired—perhaps Benador Associates—the name will soon be changed once again, either to the Abraham Lincoln Brigade or perhaps the Star of David Legion.

Since that the ongoing dispute between these different factions of Haitian Jeffersonian Democrats is attaining a somewhat bitter tinge, marked by nasty anonymous leaks to political reporters and also by random disembowlments, the recent Open Borders Immigration Proposal of our neocon masters demonstrates their strikingly timely wisdom. I have little doubt that at least one million or more Haitians will soon determine that Florida would currently be a more congenial home to Jeffersonian Democrats than disputatious Haiti, and quickly act on that inclination.

Furthermore, given the closely-divided Florida electorate I suspect that we can also discern the notoriously shrewd hand of Karl Rove behind these events. As the neocons have repeatedly dmonstrated, America is a “propositional nation,” so we should soon expect President Bush to propose—to resounding cheers from WSJ Editorial Page and the Weekly Standard—that all of those hundreds of thousands of Haitians who reach the welcoming Florida Coast have merely to declare themselves loyal veterans of the Cannibal Army—oops! the Jeffersonian Democratic Movement—in order to be granted immediate American citizenship and sufferage, just in time for the important November vote.

Tom DeLay can quickly hammer the necessary legislation through Congress and all those—whether Democrat or Republican—who raise nagging doubts will have conveniently unmasked themselves as both nativists and racists, two for the price of one. 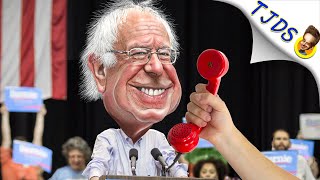