The current issue of The American Conservative contains a symposium discussing the quite remarkable media silence surrounding the Vietnam POW research of Sydney Schanberg.

Schanberg, a Pulitzer-Prize winning former New York Times reporter and editor, has published extensively documented evidence that many hundreds of American POWs were abandoned in Vietnam after the end of Americaâs military involvement, and that successive American governments have covered up this shocking tragedy during the decades since then.

I found Schanbergâs claims to be utterly astonishing when I first came across them on the Internet, and was equally astonished that such an obviously explosive story written by such an eminent journalist had never once been properly investigated or even reported by the mainstream American media.

We are therefore republishing the body of Schanbergâs expose in the current issue
of our magazine, along with his discussion of the great difficulty he encountered in attracting media interest to his remarkable findings, and remarks on the topic by several prominent commentators.

I would hope that readers will examine these claims for themselves and form their own conclusions on the credibility of the evidence. I would also hope that other journalists and researchers will consider undertaking follow-up investigations on this potentially monumental story.

Below, I include links to Schanbergâs articles as well as the text of my own introduction to the symposium.

(Republished from RonUnz.org by permission of author or representative)
← American Pravda: Was Rambo Right?Was Rambo Right? II: Are the Neocons Th... → American Pravda: Was Rambo Right?
Hundreds of POWs may have been left to die in Vietnam, abandoned by their governmentâand our media.
Ron Unz
• 84 Comments • Reply 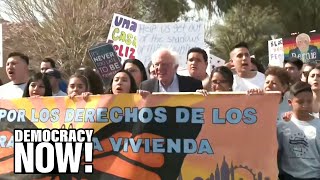