President Bidenâs approval numbers are dropping like lead. According to a Quinnipiac University poll released last week, only 36 percent of Americans approve of Bidenâs performance as president. From Covid, to the economy, to foreign policy, Bidenâs numbers are in the tank. Three out of four Americans are dissatisfied with the way things are going in the country today.

Inflation is sky high, gasoline prices are higher than theyâve been since Obama was president, and the store shelves are empty just in time for Christmas. And the presidentâs illegal and immoral vaccine mandate may result in millions leaving their jobs rather than accept the experimental covid shots. That should do wonders for the âsupply chainâ problems in the US.

Bidenâs ability to drag the economy back from the brink is very limited and the Democrat brand is looking more and more like poison as the US moves into mid-term election season.

That can be dangerous.

When presidents make war they find that political opposition dries up and the media rolls over in gratitude. Is Biden eyeing foreign action to bolster his sagging support back home?

Traditionally, progressives have been wary of aggressive US foreign policy, but four years of phony âRussiagateâ lies has left a good deal of the political Left enamored with the CIA, FBI, and warmongering âwokeâ military officers like Joint Chiefs Chairman Mark Milley. Many of them will likely cheer a military conflict.

When it comes to foreign policy, the Biden White House continues some of the worst policies of the previous Administration. The US continues to sail warships through the South China Sea and when such saber rattling provokes Chinese concern the Chinese are condemned as the aggressors.

Similarly, the US just sent warships into Russiaâs backyard in the Black Sea to perform military maneuvers. Imagine Russian wargames off the Texas coast in the Gulf of Mexico! And then the US Administration attacked Russia for âmassing troopsââ¦ inside Russia!

The US media is, as usual, complicit in propagandizing the US population. Thus, Russia is said to be âmassing troops near Ukraineâ without the explanation that ânear Ukraineâ is actually within Russia. So Russia is threatening war by holding military exercises within its own borders, but the US is entirely peaceful when it sends warships thousands of miles away up to the Russian border.

On Friday the Russian military intercepted US warplanes reportedly just 12.5 miles from the Russian border. The US and NATO continue to deliver lethal weapons to the government in Kiev, which only embolden Ukrainian President Zelensky to ratchet up the conflict in eastern Ukraine.

The US foreign policy and military establishment exist in an echo chamber. They believe their rhetoric that the rest of the world is eagerly awaiting its orders from Washington and that the US has the moral right â and the ability â to tell the rest of the world what to do. This sets the stage for a potentially catastrophic miscalculation in the US Administration. Already Russian President Putin complained last week that the US takes its âred linesâ too lightly, no doubt referring to Ukraine.

Biden may be calculating that he needs a nice little war to boost back his numbers and rally Americans to his support. Like most everything else in this first year of the Biden Administration, it would be a terrible mistake. 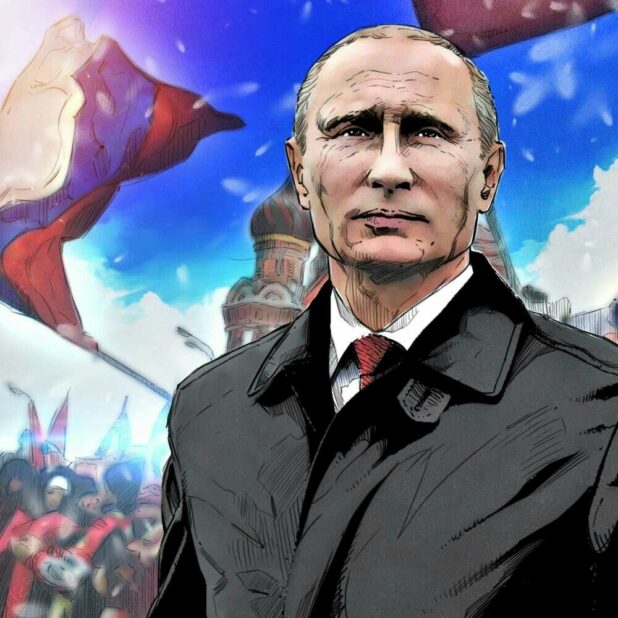 A World at War?
Biden lashes out against âenemiesâ as our country declines
Philip Giraldi
• 409 Comments • Reply
← Federal Reserve FailureReduce Expectations of Government →
Hide 21 CommentsLeave a Comment
"Bidenâs Numbers Tankâ¦as US Rattles Sabers At Russia"
• 21 Comments
Commenters to Ignore
Commenters to ignore (one per line)