betto rodrigues / Shutterstock.com
◄►Bookmark◄❌►▲ ▼Toggle AllToC▲▼Add to LibraryRemove from Library • BShow CommentNext New CommentNext New ReplyRead More
ReplyAgree/Disagree/Etc. More... This Commenter This Thread Hide Thread Display All Comments
AgreeDisagreeThanksLOLTroll
These buttons register your public Agreement, Disagreement, Thanks, LOL, or Troll with the selected comment. They are ONLY available to recent, frequent commenters who have saved their Name+Email using the 'Remember My Information' checkbox, and may also ONLY be used three times during any eight hour period.
Ignore Commenter Follow Commenter
Search Text Case Sensitive  Exact Words  Include Comments
List of Bookmarks 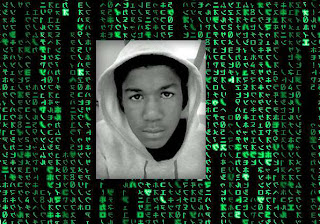 The Trayvon Martin affair was one of the most important media events in recent memory. The major networks spent endless hours of prime time discussing it, but what made the episode so exceptional was who benefited from the incredible amount of coverage.

At the heart of the story were two young men who both made poor decisions- one died, and the other almost wound up in prison for life. But is this so exceptional in America?

In fact, itâs all to common. Data from 2008 shows that more than four minors (under 18 years) were murdered a day in the US- four Trayvons a day. Was it the racial aspect of the case that was so exceptional? Yes, but not for the obvious reasons. More than 80% of interracial violent crimes are black on white, which would make one think it more likely that a black on white crime would galvanize the nation, but that wasnât the case.

Most reasonable people probably saw the tragic elements as the most outstanding feature of the Trayvon/Zimmerman encounter. Both young men let their pride get the better of them. If only Zimmerman had stayed in the car, if only Trayvon had not began an altercation. The story is filled with the regret of how we weave our own demise- true tragedy. But the media wanted to make this a racially charged issue, but for whose benefit?

For the African American community this case poured salt on deep wounds and they were rightly angered in a profound way. Nonetheless, white on black crime is not a grave problem for blacks in contemporary America. But for the white community, for whom interracial crime is an issue, the Trayvon circus created deep resentments and reinforced negative stereotypes.

One has to wonder, apart from ad revenue for the networks, why it was decided to make the Trayvon case the immense public spectacle it became. The decision to bombard the country with the Trayvon tragedy was a decision. But what if some other issues had been given the same media coverage?

During the Trayvon case the NY Times published an article describing how 30% of the price of oil is due to speculation- âan internal Goldman memo suggested that speculation by investors accounted for about a third of the price of a barrel of oil. A commissioner at the Commodity Futures Trading Commission, the federal regulator, subsequently used that estimate to calculate that speculation added about \$10 per fill-up for the average American driver.â What if CNN and Fox had spent two weeks during which three hours a day of prime time were dedicated to discussing how African Americans AND white Americans are paying a 30% gasoline tax to Goldman Sachs? Would it have divided us racially or would it have put the spotlight on the very 1% that created the Trayvon circus in the first place?

The United States has become a third world nation in regards to wealth distribution, scoring abysmally on the CIA calculated Gini coefficient. As described in The Atlantic, âThe U.Sâ¦ with a Gini coefficient of 0.450, ranks near the extreme end of the inequality scale. Looking for the other countriesâ¦with comparable income inequality: Cameroon, Madagascar, Rwanda, Uganda, Ecuadorâ¦ Mexico, CÃ´te dâIvoire, Sri Lanka, Nepal, Serbia.â Surprisingly, China, Russia and India all had more equitable distributions of wealth. But for the major networks Travyon and Zimmerman were much more interesting.

What about corporate profits, is that worth taking a few hours of prime time to discuss? According to the NY Times, wages are at their lowest in recorded history in terms of percent of GDP, while corporate profits are at all time highs for percent of GDP, âit appeared that wages and salary income in 2012 amounted to 44 percent of G.D.P., the lowest at any time since 1929, which is as far back as the data goes. The flip side of that is that corporate profits after taxes amounted to a record 9.7 percent of G.D.P. Each of the last three years has been higher than the earlier record high, of 9.1 percent, which was set in 1929.â This would not only anger African Americans, but their white brethren as well. But putting the onus on the 1% is not part of the corporate mediaâs script.

What about discussing the oath that the generals running the NSA took, to âsupport and defend the Constitution of the United States against all enemies, foreign and domestic.â Could CNN spend a few hours of prime time discussing whether said generals, and maybe even the commander and chief, have betrayed that oath?

It is very unlikely that any of these topics will be given anywhere near the attention that the Trayvon episode did making the real question, cui bono? If, for a moment, we assume that what is emphasized in corporate media is not guided by random upsurges in public interest, but selected by an interested few, then a coherent scenario emerges.

The editorial influence on corporate media from the financial interests that own them is unmistakable. Itâs much more in the interest of the powers that be to encourage race tensions between the have-nots than to instigate a united front against the 5% in power that control over 60% of the wealth in the nation. When anyone brings this very obvious point up they are almost immediately relegated to the rubber walled basement of marginalized media.

As Goethe put it, âNo one is more of a slave than he who thinks himself free without being so.â

Trayvonâs 21st: If He Had Killed George Zimmerman, Trayvon Would be Out of Jail By Now
James Fulford
• 1 Comment • Reply
← The Infomocracy Dilemma: Revolution or ...Syria and the Swinging Pendulum →
Hide One CommentLeave a Comment
"Trayvon and the Matrix"
• One Comment
Commenters to Ignore
Commenters to ignore (one per line)

← The Infomocracy Dilemma: Revolution or ...Syria and the Swinging Pendulum →
Current Commenter
says:
Current Date at Time Now
Leave a Reply - Comments on articles more than two weeks old will be judged much more strictly on quality and tone
Cancel Reply
Commenting Disabled While in Translation Mode