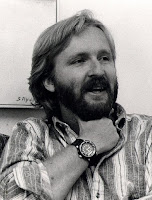 In one hundred years when books are written about the history of film, 2009 will have its own chapter about two very important films that will pave the way for many a masterpiece.

The two films are Avatar and Paranormal Activity. They couldnât be more different. One cost \$240 million, or roughly \$1 million a minute, and the other cost \$15,000, or about \$165 a minute and has generated an incredible \$140 million dollars in revenue so far. Avatar has surpassed Titanic as the highest grossing film in history, the first to generate more the \$2 billion in revenue. Paranormal Activity could be the film with the highest ROI in history. Both films are very good, very entertaining, the kind of movies you snuggle into your comfortable cinema chair with buttered popcorn and Coke and enjoy the hell out of. Neither film is a masterpiece, but they will hold a piece of history for what theyâve accomplished.

James Cameron should not be underestimated as a filmmaker. He understands the âmagicâ of cinema probably better than any other filmmaker active today. I have always been a very big movie snob. I remember living in Cartagena, Spain, teaching English, writing my first novel and living the bohemian life when Titanic came out. I went to see a friend of mine who was much older than I was, a high school teacher by day and painter the rest of the time. He was a true artist, his favorite line whenever conversations got too esoteric was, “a painter has to paint, period.”

He painted everyday, and he used his thumb to mix paint, so it was a dark color and a constant topic of amusement. I remember going to see him one day, and when the conversation turned to the popular culture phenomena of the moment, Titanic, I put my nose in the air as if I wanted to vomit. Miguel looked at me like I was an idiot and told me not to be such a jackass and go see it. Titanic, he said, was the greatest thing he had ever witnessed in a cinema.

I read The New Yorker every week, didnât own a television, loved Joseph Losey, Godard and Louis Malle and hopelessly despised all things popular. What could I possibly get out of spending three hours with the rabble watching Leonardo Di Caprio? Well, Miguel was right,Titanic is probably the ultimate cinematic experience. It completely envelopes you, it is like a getting kicked in the balls by a cop with boots on. It epitomizes the magic of motion pictures probably like no other film can or will do. It’s magical and operatic, a modernTosca. I learned my lesson, though I still refuse to read anything by Dan Brown, we all have our limits.

Avatar is not Titanic, but itâs pretty close, but what will make it a landmark film is the technology. Cameron has moved us beyond animation to a new world. Never has the human imagination been so able to express itself visually as it does in Avatar. The moment when the main character is introduced to his âavatarâ will be remembered like John Wayneâs appearance in Stagecoach, swinging is Winchester and blazing his way into the American psyche. Avatar is entertaining, but imagine when more subtle and profound filmmakers begin to use this technology to create worlds and characters. Something new, beyond film stars and animated characters can be created, completely imagined worlds and personalities.

Paranormal Activity, on the other hand, finally confirms what we all have been hoping; that cinema can finally become a medium accessible by the masses. Just as anyone can now write, publish and distribute a book, so now, for very little money, can someone make a film, distribute it, and even maybe hit the big time like Oren Peli did with Paranormal Activity. Writers could always practice their art, write their novels and at least dream of recognition, now so to can aspiring filmmakers.

Paranormal Activity shows us that just about anyone with some guts and a few bucks can make a feature length film, which before was something only for the well connected. Imagine the great filmmakers out there who were only held back by lack of funds, their imaginations can run wild, and the possibility of seeing masterpieces created all over the world, especially in places which before had no film industry to speak of will be very exciting. In the next few years we will see gems coming out of the woodwork, from places and cultures that before had voice on the big screen.

The political and social skills that many artists lacked, but which were necessary to get financing for feature films, are now not necessary. Can you imagine John Kennedy OâToole, Malcolm Lowry, or Henry Miller being given millions of dollars to make a film? Now those types of personalities can make their own films and this will enrich the medium enormously.

Oren Peli and James Camerun both showed us the power of the human imagination. Cameron by creating a new visual world, transmitting the wonder of a child across the screen and Oren Peli reminded us that a good idea, a good script, and two solid actors is all we need to be very entertained. Bravo boys, good work.