The showtrial of a somewhat arbitrarily selected group of 21 surviving Nazis at Nuremberg during 1945-46 was US Supreme Court Justice Robert Jacksonâs show. Jackson was the chief prosecutor. As a long-time admirer of Jackson, I always assumed that he did a good job.

In 1940 Jackson was US Attorney General. He addressed federal prosecutors and warned them against âpicking the man and then putting investigators to work, to pin some offense on him. It is in this realmâin which the prosecutor picks some person whom he dislikes or desires to embarrass, or selects some group of unpopular persons and then looks for an offenseâthat the greatest danger of abuse of prosecuting power lies. It is here that law enforcement becomes personal, and the real crime becomes that of being unpopular with the predominant or governing group, being attached to the wrong political views or being personally obnoxious to, or in the way of, the prosecutor himself.â

Later as a Suprme Court justice Jackson overturned a lower court conviction of a person who had no idea, or any reason to believe, that he had committed a crime.

Having just finished reading David Irvingâs book Nuremberg (1996), I am devastated to learn that in his pursuit of another principle, at Nuremberg Jackson violated all of the legal principles for which I have so long admired him. To be clear, at Nuremberg Jackson was in pursuit of Nazis, but their conviction was the means to his endâthe establishment of the international legal principle that the initiation of war, the commitment of military aggression, was a crime.

The problem, of course, was that at Nuremberg people were tried on the basis of ex post facto lawâlaw that did not exist at the time of their actions for which they were convicted.

Moreover, the defendants were chosen and then a case was made against them.

Exculpatory evidence was withheld. Charges on which defendants were convicted turned out to be untrue.

The trials were so loaded in favor of the prosecution that defense was pro forma.

The defendants were abused and some were tortured.

The defendants were encouraged to give false witness against one another, which for the most part the defendants refused to do, with Albert Speer being the willing one. His reward was a prison sentence rather than death.

The defendantsâ wives and children were arrested and imprisoned. To Jacksonâs credit, this infuriated him.

Robert Jackson saw in these intentions not only rank criminality among the allied leadership but also a missed opportunity to create the legal principle that would criminalize war, thus removing the disaster of war from future history. Jacksonâs end was admirable, but the means required bypassing Anglo-American legal principles.

Jackson got his chance, perhaps because Joseph Stalin vetoed execution without trial. First a showtrial, Stalin said, to demonstrate their guilt so that we do not make martyrs out of Nazis.

Whom to select for the list of 21-22 persons to be charged? Well, whom did the allies have in custody? Not all those they desired. They had Reichsmarschall Herman GÃ¶ring who headed the air force. Whatever the valid charges against GÃ¶ring, they were not considered to be mitigated by the fact that under GÃ¶ring the German air force was mainly used against enemy formations on the battleground and not, like the US and British air forces in satuation terror bombing of civilian cities, such as Dresden, Tokyo, Hiroshima, and Nagasaki, or by the fact that in Hitlerâs final days Hitler removed GÃ¶ring from all his positions, expelled him from the party, and ordered his arrest.

The Nuremberg trials are paradoxical in that the law Jackson intended to establish applied to every country, not to Germany alone. The ex post facto law under which Germans were sentenced to death and to prison also criminalized the terror bombing of German and Japanese cities by the British and US air forces. Yet, the law was only applied to the Germans in the dock. In his book, Apocalypse 1945: The Destruction of Dresden (1995), Irving quotes US General George C. McDonaldâs dissent from the directive to bomb civilian cities such as Dresden. Gen. McDonald characterized the directive as the âextermination of populations and the razing of cities,â war crimes under the Nuremberg standard.

They had foreign minister Ribbentrop. They had field marshalls Keitel and Jodl and the grand-admirals Raeder and DÃ¶nitz. They had a German banker, who was saved from sentencing by the intervention of the Bank of England. They had a journalist. They had Rudolf Hess who had been in a British prison since 1941 when he went to Britain on a peace mission to end the war. They wanted an industrialist, but Krupp was too old and ill. He was devoid of the persona of a foreboding evil. You can read the list in Irvingâs book.

GÃ¶ring knew from the beginning that the trial was a hoax and that his death sentence had already been decided. He had the means (a poison capsule) throughout his imprisonment to commit suicide, thus depriving his captors of their planned humiliation of him. Instead, he held the Germans together, and they stood their ground. Possessed of a high IQ, time and again he made fools of his captors. He made such a fool of Robert Jackson during his trial that the entire court burst out in laughter. Jackson never lived down being bested in the courtroom by GÃ¶ring.

And GÃ¶ring wasnât through with making his captors look foolish and incompetent. He, the field marshalls and grand admiral requested that they be given a military execution by firing squad, but the pettiness of the Tribunal wanted them hung like dogs. GÃ¶ring told his captors that he would allow them to shoot him, but not hang him, and a few minutes before he was to be marched to the gallows before the assembled press and cameras he took the poison capsule, throwing the execution propaganda show into chaos. To this injury he added insult leaving the prison commandant, US Col. Andrus a note telling him that he had had 3 capsules. One he had left for the Americans to find, thus causing them to think his means of escaping them had been removed. One he had taken minutes prior to his show execution, and he described where to find the third. He had easily defeated the continuous and thorough inspections inflicted upon him from fear that he would commit suicide and escape their intended propaganda use of his execution.

There was a time in Anglo-American law when the improprieties of the Nuremberg trials would have resulted in the cases being thrown out of court and the defendants freed. Even under the ex post facto law and extra-judicial, extra-legal terms under which the defendants were tried, at least two of the condemned deserved to be cleared.

It is not clear why Admiral Donitz was sentenced to 10 years in prison. The chief Amerian judge of the Tribunal, Francis Biddle, said: âIt is, in my opinion, offensive to our concept of justice to punish a man for doing exactly what one has done himself.â âThe Germans,â Biddle said, âfought a much cleaner war at sea than we did.â

Jodl, who countermanded many Nazi orders, was sentenced to death. The injustice of the sentence was made clear by a German court in 1953 which cleared Jodl of all Nuremberg charges and rehabilitated him posthumously. The French justice at the Nuremberg Tribunal said at the time that Jodlâs conviction was without merit and was a miscarriage of justice.

The entire Nuremberg proceeding stinks to high heaven. Defendants were charged with aggression for the German invasion of Norway. The fact was kept out of the trial that the British were about to invade Norway themselves and that the Germans, being more efficient, learned of it and managed to invade first.

Defendants were accused of using slave labor, paradoxical in view of the Soviets own practice. Moreover, while the trials were in process the Soviets were apparently gathering up able-bodied Germans to serve as slave labor to rebuild their war-torn economy.

Defendants were accused of mass executions despite the fact that the Russians, who were part of the prosecution and judgment of the defendants, had executed 15,000 or 20,000 Polish officers and buried them in a mass grave. Indeed, the Russians insisted on blaming the Germans on trial for the Katyn Forest Massacre.

Defendants were accused of aggression against Poland, and Ribbentrop was not permitted to mention in his defense the Molotov-Ribbentrop Pact that divided Poland between Germany and the Soviet Union, without which Germany could not have attacked Poland. The fact that the Soviets, who were sitting at Nuremberg in judgment on the Germans, had themselves invaded Poland was kept out of the proceedings.

Moreover, without the gratuitous British âguaranteeâ to Poland, the Polish military dictatorship would likely have agreed to return territories stripped from Germany by the Versailles Treaty and the invasion would have been avoided.

Irvingâs book is, of course, politically incorrect. However, he lists in the introduction the voluminous files on which the book is based: Robert Jacksonâs official papers and Oral History, Francis Biddleâs private papers and diaries, Col. Andrusâ papers, Adm. Raederâs prison diary, Rudolf Hessâ prison diary, interrogations of the prisoners, interviews with defense counsel, prosecutors, interrogators, and letters from the prisoners to their wives. All of this and more Irving has made available on microfilms for researchers. He compared magnetic tape copies of the original wire-recordings of the trial with the mimeographed and published transcripts to insure that spoken and published words were the same.

What Irving does in his book is to report the story that the documents tell. This story differs from the patriotic propaganda written by court historians with which we are all imbued. The question arises: Is Irving pro-truth or pro-Nazi. The National Socialist government of Germany is the most demonized government in history. Any lessening of the demonization is unacceptable, so Irving is vulnerable to demonization by those determined to protect their cherished beliefs.

Zionists have branded Irving a âholocause denier,â and he was convicted of something like that by an Austrian court and spent 14 months in prison before the conviction was thrown out by a higher court. 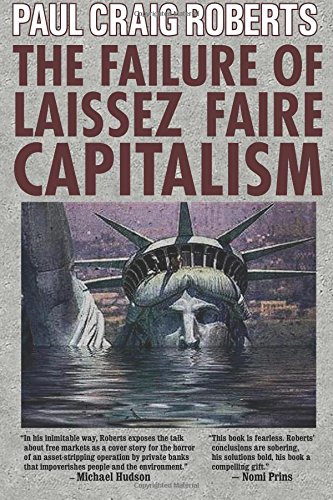 In Nuremberg, Irving removes various propaganda legends from the holocaust story and reports authoritative findings that many of the concentration camp deaths were from typhus and starvation, especially in the final days of the war when food and medicine were disappearing from Germany, but nowhere in the book does he deny, indeed he reports, that vast numbers of Jews perished. As I understand the term, a simple truthful modification of some element of the official holocaust story is sufficient to brand a person a holocaust denier.

My interest in the book is Robert Jackson. He had a noble causeâto outlaw warâbut in pursuit of this purpose he established precedents for American prosecutors to make law a weapon in their pursuit of their noble causes just as it was used against Nazisâorganized crime convictions, child abuse convictions, drug convictions, terror convictions. Jacksonâs pursuit of Nazis at Nuremberg undermined the strictures he put on US attorneys such that today Americans have no more protection of law than the defendants had at Nuremberg. The Jewish Declaration of War on Germany
The Economic Boycott of 1933
Larry Romanoff
• 220 Comments • Reply
← Google Is Committed to the Suppression ...Hellstorm the Documentary →