Mao Zedongâs Chinese âCultural Revolutionâ came to an end in 1976, almost three decades ago. Unless they are students of foreign affairs,

few Americans under 45 or 50 years of age are familiar with Maoâs third and final violent assault upon China.

By 1949 when Mao consolidated power in China, massacres of âcapitalistsâ and landowners had become everyday events. Maoâs second assault on China was the âGreat Leap Forward,â a moronic scheme to organize China into a network of âpeopleâs communes.â The result was the total disruption of agriculture, causing a famine that killed more than 20 million people.

In 1966 Mao launched the Cultural Revolution. It was an assault on the Communist Party and on all authority except Maoâs. The âgreat leaderâ felt that policy failures and endless killings had demoralized the old party cadres, causing them to lose their revolutionary spirit.

Maoâs solution was to set millions of youths (Red Guards) on their elders to purge the Communist Party with humiliation and murder. âIt was glorious to beat people to death,â said Girls Middle School student Liu Tingting, whose high ranking father, Chinese President Liu Shaoqi was purged and allowed to die in prison of medical neglect.

The madcap enterprise was partly captured on film by photographer Li Zhensheng. Phaidon Press has now made Liâs black and white photographs available to us in a book, âRed-Color News Soldier,âjust off the press. [Vdare.com readers can buy the book

direct from Phaidon Press at a 20% discount.]

Li Zhenshengâs fortunes rose and fell with the Cultural Revolution. To survive as a news photographer in Harbin, he had to organize his own group of Red Guards. When he was denounced by a competing group, he had the wits to hide his photographs, which Phaidon calls a âsecret archive hidden for 40 years.â

It is not obvious why many of the photos had to be hidden. But the Cultural Revolution was an era when the wildest interpretations could be placed on anything. Li tells the story of a revolutionary-spirited newly married couple. They decorated their bedroom with pictures and quotes of Chairman Mao and found themselves denounced for making love under the eyes of their leader. In their defense they pleaded that they always first turned out the lights.

Other of Liâs photos graphically capture the emotional pain of the humiliation inflicted by young punks on powerful men, governors and Communist Party First Secretaries, some of whom were veterans of the Long March.

Still others show âenemiesâ kneeling, hands tied behind their backs, waiting to be shot in the back of the head.

Each photo is captioned with a description, and the collection is accompanied with Liâs readable text describing the impact of the Cultural Revolution on his life.

It is chilling that Mao could so easily move a vast tradition-bound society to outrageous and immoral acts of destruction. Historic treasures were destroyed along with people. Production was disrupted, and the economy sank.

Liâs photographs show assemblies of hundreds of thousands of Chinese youths with right arms raised in Hitler-like salutes, but with fists clenched, shouting nonsense slogans. It is astonishing that these Red Guard brigades formed suddenly without years of organization and brainwashing.

The National Socialists in Germany had to indoctrinate and train their Hitler Youth. Soviet efforts at indoctrination persisted for decades with mixed results.

Many have speculated how Germany, a leading nation of learning and science could be overcome by propaganda. But that is what happens when government can tell lies and not be challenged, whether for reasons of power or patriotism. When governments can lie, citizens are no longer safe. That is why governments must be held accountable to truth.

The Cultural Revolution was unique. It was undertaken by uncontrolled youths. Red Guard units fought one another for supremacy. Li describes the denunciations which destroyed so many people as âfreewheeling settling of scoresâ and as âaccusations of often specious content under the guise of ideological purity.â Once the process began, the only way to avoid accusations was to strike first.

The Cultural Revolution is reminiscent of Stalinâs Great Terror. Stalinâs secret police were under pressure to round up ever more âenemiesâ or to be arrested themselves for protecting enemies with inaction. The insane momentum resulted in âstreet sweepsâ in which everyone who happened to be on the street at a given moment was swept away into the gulag.

Li is clearly disturbed by the atrocities of the Cultural Revolution. Yet, after giving his photographic evidence, he mildly criticizes Mao and offers apologetics for the Red Guards.

The Chinese Communist Party is more judgmental. At the 11th Party Congress in 1981, a resolution was issued (ellipses omitted): âPractice has shown that the âcultural revolutionâ did not in fact constitute a revolution or social progress in any sense. Chief responsibility for the grave error of the Cultural Revolution, an error comprehensive in magnitude and protracted in duration, does indeed lie with Comrade Mao Zedong. In his later years far from making a correct analysis of many problems, he confused right and wrong and the people with the enemy. Herein lies his tragedy.â

And that of his 65 million victims.

Paul Craig Roberts is the author with Lawrence M. Stratton of The Tyranny of Good Intentions : How Prosecutors and Bureaucrats Are Trampling the Constitution in the Name of Justice

(Republished from PaulCraigRoberts.org by permission of author or representative)
← Globalism Plus Outsourcing Equals Ameri...Jobless in the USA →

Recently from Author
← Globalism Plus Outsourcing Equals Ameri...Jobless in the USA → 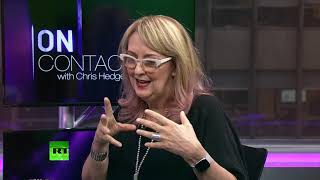