I have always sympathized with the majority of the American population who were made complicit in the murder of the unborn by a Court decision that had no basis in morality or law.

The ACLU, once a protector of the Constitution, is now a protector of sexual perverts and mass murder. I resigned my membership some years ago. Today the ACLU is a force for evil.

The ACLU has sent out an appeal for money so they can overturn âhow?âthe Supreme Courtâs overthrow of Row vs. Wade and re-institutionalize the mass murder of the unborn. The ACLUâs claim that women have the right to decide whether and when to become a parent is correct. What the ACLU overlooks is that women have to make that decision prior to having unprotected sexual intercourse.

âReproductive freedomâ does not mean the right to kill the unborn. What abortion advocates need to understand is that society has the right not to be made complicit in the murder of unborn babies, and, as it developed, born ones. 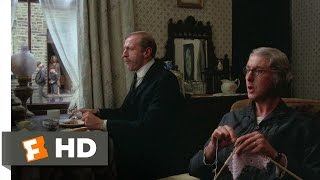 The Spirit of Scalia and the End of ROE vs. WADE
John Derbyshire
• 260 Comments • Reply
← War with the Russian FederationThe US Governmentâs Plan to Partition... →