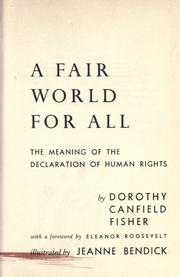 A Fair World for All (1952)
by Dorothy Canfield Fisher
The Meaning of the Declaration of Human Rights
Show MoreShow AllFinding...Find More