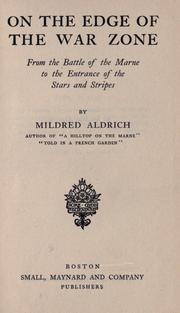 On the Edge of the War Zone (1917)
by Mildred Aldrich
From the Battle of the Marne to the Entrance of the Stars and Stripes
Show MoreShow AllFinding...Find More