I saw this billboard while motoring through the LA suburbs.

The sentiment is not drive-off-the-road gobsmacking, but it provided considerable food for thought.

Wonder if the Corps would celebrate its respect for âCaucasianâ or âAfrican-Americanâ values.* Unlikely, because attributing certain âvaluesâ to racial groups is, well, racist. I assume the idea is to characterize âHispanicsâ as an ethnicity with certain cultural characteristics, like, you know, the Irish. This leads us pretty far down the slippery slope to ethnic stereotyping, and I wonder what martial characteristics on the Frito Bandito-to-Zorro spectrum the Marinesâ ad agency was thinking of when it crafted this campaign.

Actually, thanks to the website âHispanic Marketing and Public Relationsâ, we donât have to wonder:

âThe ideals of honor, courage and commitment are not exclusive to the Marine Corps,â said Lieutenant Colonel Darrin Kazlauskas, assistant chief of staff for advertising, Marine Corps Recruiting Command. âHispanic American families, like all great families, instill these values so that each generation can move forward and become positive members of their communities. We are proud to serve with all our Marine brothers and sisters who hold these values in high esteem.â

Through Family Values the Marine Corps set out to offer the public a window into the personal lives of the Hispanic Marines profiled in the ads with the intent of leading the audience to believe that there are ways in which the fundamental values of Hispanic Americans and the Marine Corps are one.

Well, donât get me started on the âvaluesâ thing, and I wonât ask the Marines to reveal what other groups are relatively deficient in honor, courage, and commitment compared to a) the USMC and b) the “Hispanic community”.

To unpack this a little more, âHispanicsâ is something of a catch-all demographic category to characterize people in the US and the Latin and South American countries who can speak Spanish.

âHispanicsâ often define themselves according to nationality, current or ancestral (âMexican, Mexican-Americanâ). Bear in mind, some indigenous AmericansâIndians, per the traditional, wildly inaccurate nomenclature that prevails in the United Statesâsuch as the Oaxacans, who form a distinct underclass of immigrants in Los Angeles, employ their traditional pre-Colombian languages and speak Spanish as a second language and, sometimes, donât speak Spanish at all. And some people of mestizo extraction who do speak Spanish nevertheless accentuate their local origins and dislike the European cultural, imperial, and linguistic implications of âHispanicâ.

So, âHispanicâ is something of an artificial category that assists non-âHispanicâ people who are looking for a convenient way to characterize, investigate, analyze, and slice-and-dice an increasingly important element in US economics and culture. I assume Hispanicism, the New World successor to Edward Saidâs Orientalismâwhich explored the creation of âThe Orientâ as an object of Western penetration, exploitation, and conquestâhas already been written by some bright, Foucault-steeped scholar, but I just donât know about it.

Of course, whatâs also interesting is that the sign is in English, not Spanish. Of course, one has to speak English to serve in the Marine Corps, but one might think that a recruiting poster would target Spanish-speaking parents as well.

I wonder how much deep thinking Lieutenant Colonel Kazlaukas put into this campaign. Is it part of a sophisticated effort to identify and attract English-speaking people with a Spanish-speaking background who self-select as having an uncertain grasp of anthropology, ethnography, and Marxâs critique of Hegelian idealism? Or a reflection of the fact that recruitment of âHispanicsââactually, a certain undefined subset of this arbitrary classâhas been quite successful and the Corps is trying to consolidate its gains by throwing the ad campaign at the wall and seeing if it sticks?

*The Marines do run a Black History Month campaign, but it accentuates the victories of black Marines in their struggle to overcome racism rather than attributing specific admirable values to African-Americans.

The second data point comes courtesy of the very interesting blog The Istanbulian, by Emre Kizilkaya, an editor of Hurriyet, the leading Turkish daily.

The modern Turkish state is based on a rather muscular, army-backed secularism that, in recent years, has come into increasing conflict with Islam-friendly political movements such as the one that Prime Minister Recip Erdogan rode into power. The government does reveal some Islamicizing tendencies which are nervously recorded by advocates of secular liberalism.

An exam in a local religious class included this priceless image under the heading âLearning to Prayâ. 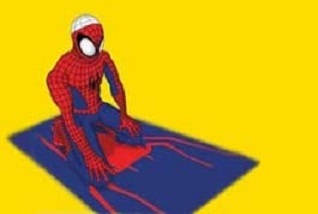 What I like about the image is, if you rotate it 90 degrees, he looks like heâs praying at the Wailing Wall! While climbing it! 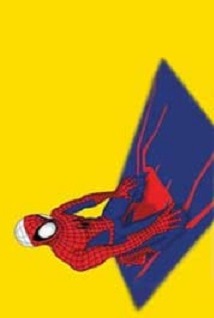 Kizilkayaâs blog is well-worth bookmarking. Turkey, in addition to serving as freedomâs eager handmaiden in Syria, is the world leader in imprisoning journalists. Kizilkaya performs the invaluable task of documenting the trends in repression, politics, religion, and the complex and volatile Assad-rebels-Syrian/Iraqi/PKK Kurd security equation for an English-speaking audience.