I am unwilling to join the rest of China pundits on the fainting couch, overcome with dismay and disapproval at the PRCâs unilateral declaration of an ADIZ.

All the big kids have an ADIZ. The PRC has an ADIZ. I donât think itâs going anywhere and we should get used to it.

This, to me, is part of Prime Minister Abeâs ambitions to make Japan an independent security peerâand not a tractable allyâof the United States in East Asia.

And I doubt that the United States is particularly overjoyed with that, despite the spate of news analyses along the lines of âAmerica happy that PRC is acting like assertive jerk and provoking security backlash by Asian democracies.â

Thatâs a point I make in my most recent Asia Times Online piece, Has Abe Overreached on Chinaâs ADIZ? and itâs a point I donât see anybody else making.

Maybe itâs because Iâm a clueless dingbat. But maybe itâs because the whole ârising Japanâ i.e. the threat to US preeminence from an ambitious ally provokes cognitive dissonance for Western journos and pundits fixated on ârising Chinaâ a.k.a. the everreliable and easy to conceptualize alien menace.

Anyway, the ATOl piece has some good info on the US ADIZ from an FAA presentation, pointing out that cooperation with the ADIZ regs is an absolute requirement reinforced by a lengthy set of procedures and measures up to and including the scrambling of fighter jets.

The US-Canada ADIZ dates back to the Cold War, when the ADIZ was a core component of U.S. defense against some Soviet bomber lumbering in and dropping one or more of those gigantic nukes on us. The ADIZ over North America was supplemented by a series of ADIZ zones covering Soviet access to Atlantic airspace (just as we maintained a picket line against Soviet submarines in order to bottle them up in contiguous Russian waters).

Until 2006, the Iceland ADIZ was policed by the 85th Group (the âGuardians of the Northâ as their motto stated) of the USAF 48th Fighter Wing based in the UK. Nowadays NATO members patrol the airspace of Iceland, the Baltic republics, and the Balkan states to protect Russia from surprise attack (just kidding!).

Airspace over Greenland is pretty much in the hands of the American airbase at Thule.

Further down, the ELK Area (the area off the coast of Newfoundland between Iceland and the US East Coast) is under the control of the Canadian Maritime Command (CONMARCOM). Nobody flies into that zone without filing a flight plan. (pg. 24).

4. In the interest of flight safety it is essential that CANMARCOM be informed in advance of all flights or proposed flight in or through Area ELK. Aircraft flight level(s), track and approximate times of ELK penetration and exit are required. Military aircraft are encouraged to communicate directly with CANMARCOM. On prior request,frequencies will be assigned on which to report position and obtain ELK clearance. ASW aircraft will be routedclear of all known military and civil traffic.

And, in a heads-up for an overly enthusiastic critic on ATOl comments, the ELK region covers the southerly flightpath between the North American mainland and Iceland, which could be employed by planes entering the ADIZ but flying PARALLEL to the US coast (There has been a lot of misleading chaff about how the Chinese should not be allowed to hassle planes that are flying parallel to their coastline but not on a heading to penetrate PRC airspace. Before you enter the US ADIZ on any heading, you are required to file a flight plan. Inside the ADIZ you are required to turn on your identification and altitude transponders, respond to radio calls, and obey instructions from fighter jets if they scramble to intercept. No exceptions for parallel flight. Especially since my sophisticated aeronautical friends tell me that planes have the ability to turn left and right or, as they say, âport and starboardâ. It wouldnât make much sense to declare an ADIZ to achieve early warning, then let somebody around inside it to fly really close but PARALLEL to the coast without filing a flight plan and hope the guy doesnât turn right at the last minute and launch a missile.)

To me, the whole parallel flight thing is a canard; more specifically, an attempt by the United States to avoid the completely untenable position of denying the PRCâs right to declare an ADIZ, but at the same time find a way to give some aid and comfort to Japan by trying to carve out an exclusion for Japanese flights along the Chinese coastline and headed to the Senkakus.

With the rise of the ballistic missile, the strategic bomber justification for the US/Canada ADIZ has evaporated. But the U.S. is pretty serious about the ADIZ in order to interdict drug smuggling and deal with terrorism.

Since 9/11, the ADIZ has been supplemented by TFRs–Temporary Flight Restrictionsâwithin the United States, usually in relation to presidential travel. US fighter jets also provide security patrols for matters of tremendous national importanceâlike the Super Bowl! (Unless, as the FAA illustration implies, we are trying to deter our enemies with the inexpensive alternative of unconvincing Photoshopped images). 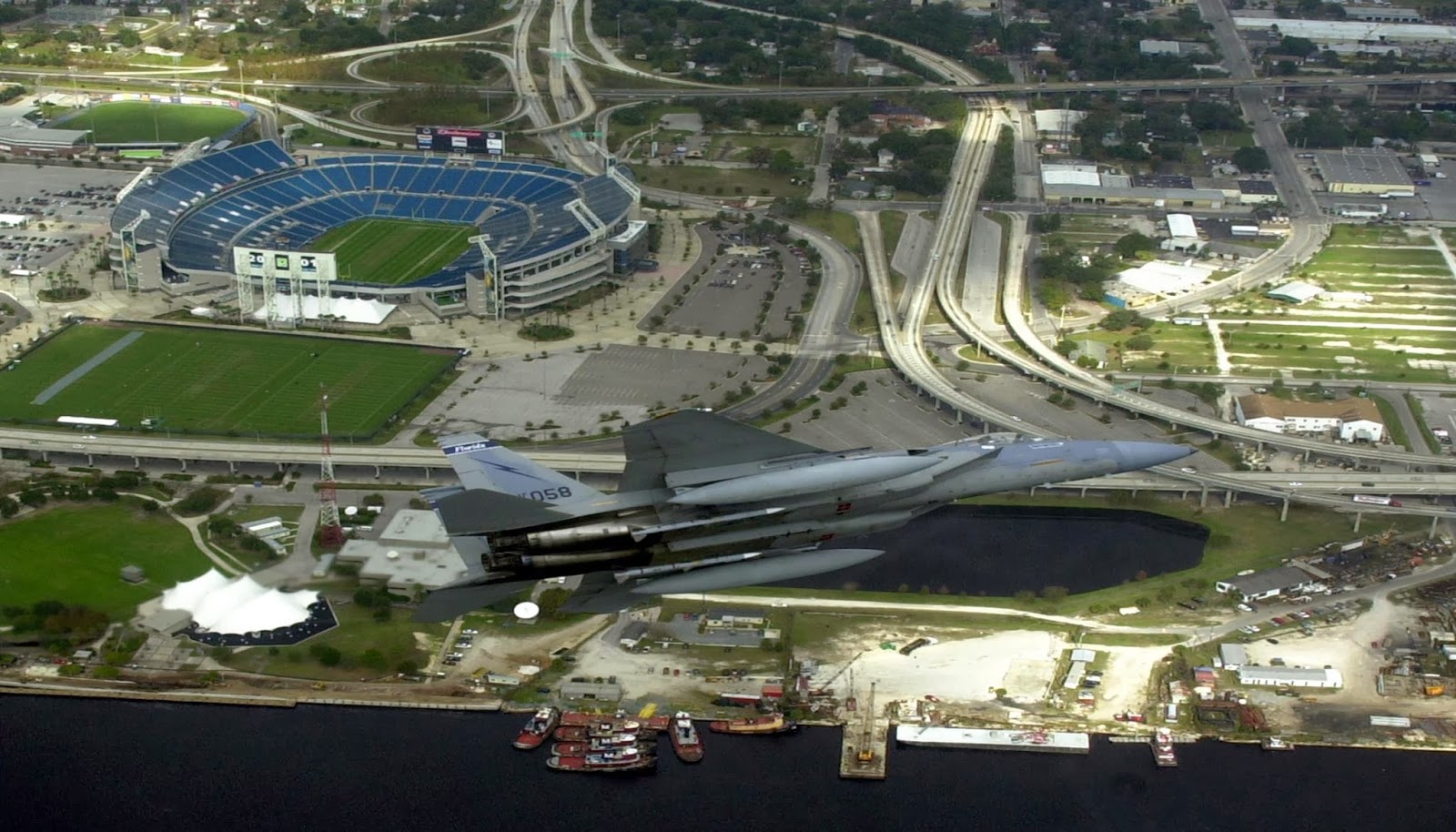 In discussing the last component of the US ADIZ, Alaska, a website that is apparently equally devoted to Sarah Palin and opposed to President Obama provided this nugget from 2012:

It is being reported that two Russian Bear bombers were intercepted while flying near the west coast of the United States on the 4th of July, an obvious taunt from the Russians on our nationâs most important day.

This is the second incident in the past two weeks, where Russian nuclear capable bombers have entered, or come near U.S. air space.

This is nothing new, as the Russians are known to violate American air space often. On Sarah Palinâs watch, as Governor of Alaska, and Commander-in-Chief, the Alaska Air National Guardâs 176th Wing routinely escorted the Russians out of Alaskan air space. In fact, the 176th received the Air Forceâs Outstanding Unit Award for its service to the nation . Part of the citation noted:

The 176th Air Control Squadron maintained North American air sovereignty by detecting, monitoring and escorting 22 Russian bombers from within its area of operations.

As you can see, the 176th Air Control Squadron is an Air National Guard outfit, not a USAF operation. About 90% of US air defense is handled by ANG units. And, yes, on the occasions that George W. Bush flew for the Texas Air National Guard as part of the 147thReconnaissance Wing , we can assume he was patrolling the US ADIZ.