The Peopleâs Republic of China decided to defy the âpivot to Asiaâ by parking its HYSY 981 drilling platformâprotected by a flotilla of various vessels perhaps not including PLAN ships– in waters that Vietnam considers part of its EEZ.

Vietnam has been displeased, to put it mildly.  It has reached out to the Philippines, indicating that it may support Manilaâs legal challenge to the nine-dash-line or perhaps institute a legal case of its own.

A Vietnamese deputy prime minister is also visiting Washington DC at US Secretary of State John Kerry’s invitation, apparently to provide optics for an expected US congressional resolution condemning PRC activities in the South China Sea.  The visit also raises the specter (for the PRC) of a US return to Cam Ranh Bay, the massive US-built naval base on the southish Vietnamese coast.

Many Western observers believe that the PRC has blundered into the pivotâs clever trap, and its aggressive moves are simply driving its neighbors into the welcoming arms of the United States, enabling a more forward military presence for the US around Chinaâs borders, and justifying US claims to a central role in the region as security guarantor.

I suspect, however, that the PRC has gamed this out and is willing to roll the dice in the South China Sea.

The long-term view from Beijing, I think, is that China occupies enough islands to move beyond the hard to defend âcow tongueâ claim to a more defensible island sovereignty + EEZ formula for pursuing its interests in the SCS; Chinaâs growing economic and military heft, its ability to limit the terms of dispute to economic terms, the unresolved issues of EEZ ambiguity, definition, and enforcement, and the PRCâs unwillingness to budge from its positions will force its neighbors to come to terms, albeit reluctantly and resentfully, over the long haul.

On the issue of the Senkakus, the âpossession is 9/10s of the lawâ shoe is on Japanâs foot.  Furthermore, the islands are unambiguously included in the scope of the US-Japan security treaty thanks to President Obamaâs statement during his recent pivot tour to Asia (even though the US doesnât recognize Japanese sovereignty over the islands; thatâs another story), and Japanâs military infrastructure and capabilities to defend them are increasing.  Assuming that Prime Minister Abe is able to thread the needle through the Japanese constitution and past the suspicious Japanese public and institute âcollective self defenseâ, Japanese military power will be augmented by its ability to engage in âdefensiveâ military activity while conducting joint operations with the US.

I read the red tea leaves and believe that the PRC does not have a realistic expectation of seizing the Senkakus or otherwise changing the status quo vis a vis Japan over the islands.  I wouldnât be surprised if the PRC has few serious intentions of occupying the Senkakus and foments tension simply as a âpricetagâ retaliation for Japanâs increasingly overt and aggressive anti-PRC foreign policy.

With the PRC deterred from making a genuine move against the Senkakus, the dominant dynamic in the East China Sea will be of Japan trying to achieve unity of doctrine and response with the United States for a contain-China policy, while the PRC will be trying to wedge US and Japan.

The process plays out with Japanâs invocation of âgray zone crisesâ i.e. friction with the PRC manifested in non-military ways.  Japan is trying to establish a definition of gray zone conflicts that permits a military response to a non-military scenario such as the PRC’s ceaseless salami-slicing, and thereby gets the United States on the hook to provide backup muscle for the Japanese move.  I see this as Japan’s desired quid pro quo for signing on to “collective self defense”.

One scenario I saw involved âarmed Chinese fishermenâ i.e. the idea that the PRC might try to seize the Senkakus with some kind of irregular force that the coast guard couldn’t handle, and would require an SDF response even though PLA forces nominally weren’t involved.  As the United States digests the Crimea annexation precedent, expect Japan to invoke this kind of scenario more frequently.

The United States, whose primary interest is to get Japan on the hook for US military adventures, not the other way around, is apparently resistant to nailing down the âgray zone conflictâ definition and giving Japan a green light (or at least a blinking yellow) for pushing back on the PRC, especially in murky a.k.a. “gray” clashes between Japanese and PRC vessels on the high seas.

Indeed, the gray zone problem neatly crystallizes the whole problem of the pivot: that it creates a moral hazard (in Western terms) or emboldens US allies (the PRC formulation) to engage in reckless behavior not necessarily advantageous to US interests, specifically the US interest in not engaging in a scorched earth economic conflict with the PRC for the sake of some uninhabited rocks.

Failing a meeting of the minds on âgray zoneâ conflicts, Japan has to content itself with provocations against the PRC in the hope that a PRC over-reaction will compel the US to expand its de facto security guarantees to Japan.

I place the recent contretemps over the close-quarters flyby conducted by Chinese fighter jets against Japanese military surveillance aircraft in the area of the joint PRC-Russia naval exercise in the category of a provocation, committed with an awareness of growing US disgruntlement with the PRC as well as the Obama administration’s need to explicitly stand with allies post-Crimea.

Western media has reliably regurgitated Japanese government spin that the flyby was some recklessly aggressive behavior by the PRC.

However, facts indicate that the Chinese military posted a no-fly/no sail notification concerning the naval exercise and Japan flew over there anyway.  The only justification that Japan can offer is that it refuses to recognize the PRC ADIZ over the East China Sea.  In fact, the incident shows why itâs important to respect other countriesâ declared ADIZs and in fact the reckless party in this episode was not the PRC, but Japan.  In terms of unintended consequences, it may also feed into US concerns about the hazards of letting Japan take the initiative in butting heads with the PRC in the ECS and then demanding US backing.

Interestingly, the official Japanese position now seem to be limited to the âChinese planes flew too darn closeâ bleating.

An as yet unnoted element of the ADIZ issue is that the United States is the only power that asserts the right to fly military aircraft through somebody elseâs ADIZ without filing a flight plan (to refresh everybodyâs memory, US-flagged civilian carriers respect the PRC ADIZ regs.  But the US immediately flew two B-52s into the ADIZ unannounced to affirm the US military prerogative).

Now Japan seems to be asserting that same right for its military aircraft, at least within the PRC ADIZ, a âdestabilizingâ âstatus quo-changingâ state of affairs, one that also places the Japanese military at parity with the United States on this issue.  I wonder if the US is terribly happy about this but will have to suck it up since Japan is currently dangling the collective self defense and TPP carrots before it.

It would seem unlikely that the United States would take Japan under its wing, so to speak, and conduct joint military flight patrols within Chinaâs ADIZ as a show of support, but the Obama administrationâs red line manhood is being questioned worldwide post-Syria and post-Crimea.  So it might happen.

And the PRC might just have to suck it up, consoling itself with the idea that getting its way in the South China Sea is adequate compensation for getting balked in the East China Sea.

At the back of everybodyâs mind, I think, is the potential real crisis in East Asia: the possibility that Taiwan will declare de jure independence at some time, and the PRC will be compelled to put up or shut up on the relatively existential issue of losing Taiwan.  Thatâs when military posturing, military threats, and military maneuvers become genuinely pressing issues.

In this context, I consider the most disturbing development in US-PRC relations is not the tussling over rocks in the South China Sea or the East China Sea; it is the decision to twist Chinaâs nuts with the indictment of five PLA officers for hacking.  I expect the US national security civilian apparatus considers the indictment one of those clever, legalistic soft power moves that, again, traps China in the web of law and international norms.

But the battle lines in Asia have hardened: pivot vs. China.  The status quo is becoming confrontation, at least in regional security issues.  With the expectation that US and PRC forces will be engaging and confronting each other, it would seem desirable that both sides have a better understanding of their opposite numbers.  Indeed, the US Department of Defense has shown little enthusiasm for the White House’s anti-hacking jihad which, in addition to clearing out the US government’s stock of cyberrighteousness, seriously depreciated by the Snowden revelations, has scotched US-PRC military-to-military exchanges on ground rules for cyberwarfare.

Engagement with the PRC, for better or worse, has become a military matter.  And if a clash occurs, it had better be because at least one side really wants it, and not because of the main abettors of military catastrophe: FUD or “Fear, Uncertainty, and Doubt.”

(Republished from China Matters by permission of author or representative)
← We Have Always Been At War with Eastasi...The Obama Doctrine: Death By a Thousand... →
Follow @chinahand 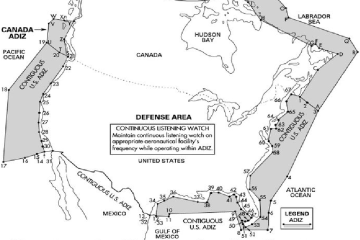 A Few Recent Political Developments Which Should Not Go Unnoticed
The Saker
• 215 Comments • Reply
← We Have Always Been At War with Eastasi...The Obama Doctrine: Death By a Thousand... →
Current Commenter
says:
Current Date at Time Now
Leave a Reply - Comments on articles more than two weeks old will be judged much more strictly on quality and tone
Cancel Reply