In 2004 I published an article in the journal, Middle East Policy that was entitled âDrinking the Koolaid.â The article reviewed the process by which the neocon element in the Bush Administration seized control of the process of policy formation and drove the United States in the direction of invasion of Iraq and the destruction of the apparatus of the Iraqi state. They did this through manipulation of the collective mental image Americans had of Iraq and the supposed menace posed by Iraqi weapons of mass destruction. Not all the people who participated in this process were neocon in their allegiance but there were enough of them in the Bush Administration to dominate the process. Neoconism as it has evolved in American politics is a close approximation of the imperialist political faction that existed in the time of President William McKinley and the Spanish-American War. Barbara Tuchman described this faction well in âThe Proud Tower.â

Such people, then and now, fervently believe in the Manifest Destiny of the United States as mankindâs best hope of a utopian future and concomitantly in the responsibility of the United States to lead mankind toward that future. Neocons believe that inside every Iraqi, Filipino or Syrian there is an American waiting to be freed from the bonds of tradition, local culture and general backwardness. For people with this mindset the explanation for the continuance of old ways lies in the oppressive and exploitative nature of rulers who block the âprogressâ that is needed. The solution for the imperialists and neocons is simple. Local rulers must be removed as the principal obstacle to popular emulation of Western and especially American culture and political forms. In the run up to the invasion of Iraq I was often told by leading neocon figures that the Muslims and particularly the Iraqis had no culture worth keeping and that once we had created new facts, (a Karl Rove quote) these people would quickly abandon their old ways and beliefs as they sought to become something like Americans. This notion has one major flaw. It is not necessarily correct. Often the natives are willing to fight you long and hard to retain their own ways. In the aftermath of the Spanish-American War the US acquired the Philippine Islands and sought to make the islands American in all things. The result was a terrible war against Filipino nationalists who did not want to follow the example of the âshining city on a hill.â No, the âpoor foolsâ wanted to go their own way in their own way. The same thing happened in Iraq after 2003. The Iraqis rejected occupation and American âreformâ of their country and a long and bloody war ensued.

The neocons believe so strongly that America must lead the world and mankind forward that they accept the idea that the achievement of human progress justifies any means needed to advance that goal. In the case of the Iraq invasion the American people were lectured endlessly about the bestialities of Saddamâs government. The bestialities were impressive but the constant media display of these horrors was not enough to persuade the American people to accept war. From the bestialities meme the neocons moved on to the WMD meme. The Iraqi government had a nuclear weapons program before the First Gulf War but that program had been thoroughly destroyed in the inspection regime that followed Iraqâs defeat and surrender. This was widely known in the US government because US intelligence agencies had cooperated fully with the international inspectors in Iraq and in fact had sent the inspectors to a long list of locations at which the inspectors destroyed the program. I was instrumental in that process.

After 9/11 the US government knew without any doubt that the Iraqi government did not have a nuclear weapons program, but that mattered not at all to the neocons. As Paul Wolfowitz infamously told the US Senate âwe chose to use the fear of nuclear weapons because we knew that would sell.â Once that decision was made an endless parade of administration shills appeared on television hyping the supposed menace of Iraqi nuclear weapons. Vice President Cheney and Secretary of State Condoleezza Rice were merely the most elevated in position of the many vendors of the image of the âmushroom shaped cloud.â

And now we have the case of Syria and its supposed chemical weapons and attacks. After the putative East Gouta chemical attack of 2013, an OPCW program removed all the chemical weapons to be found in Syria and stated its belief that there were no more in the country. In April of 2017 the US-Russian de-confliction process was used to reach agreement on a Syrian Air Force strike in the area of Khan Sheikoon in southern Idlib Province. This was a conventional weapons attack and the USAF had an unarmed reconnaissance drone in the area to watch the strike go in against a storage area. The rebel run media in the area then claimed the government had attacked with the nerve gas Sarin, but no proof was ever offered except film clips broadcast on social media. Some of the film clips from the scene were ludicrous. Municipal public health people were filmed at the supposed scene standing around what was said to be a bomb crater from the âsarin attack.â Two public health men were filmed sitting on the lip of the crater with their feet in the hole. If there had been sarin residue in the hole they would have quickly succumbed to the gas. No impartial inspection of the site was ever done, but the Khan Sheikoon âgas attackâ has become through endless repetition a âgivenâ in the lore of the âconstant Syrian government gas attacks against their own civilians.â 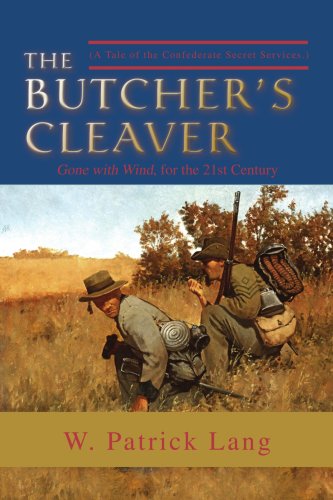 On the 4th of April it is claimed that the Syrian Government, then in the process of capturing the town of Douma caused chlorine gas to be dropped on the town killing and wounding many. Chlorine is not much of a war gas. It is usually thought of as an industrial chemical, so evidently to make the story more potent it is now suggested that perhaps sarin was also used.

No proof that such an attack occurred has been made public. None! The Syrian and Russian governments state that they want the site inspected. On the 15th of April US Senator Angus King (I) of Maine told Jake Tapper on SOTU that as of that date the US Senate Select Committee on Intelligence had not been given any proof by the IC or Trump Administration that such an attack had occurred. âThey have asserted that it didâ he said.

The US, France and the UK struck Syria with over a hundred cruise missiles in retaliation for this supposed attack but the Administration has not yet provided any proof that the Syrian attack took place.

I am told that the old neocon crew argued as hard as possible for a disabling massive air and missile campaign intended to destroy the Syrian governmentâs ability to fight the mostly jihadi rebels. John Bolton, General (ret.) Jack Keane and many other neocons argued strongly for this campaign as a way to reverse the outcome of the civil war. James Mattis managed to obtain President Trumpâs approval for a much more limited and largely symbolic strike but Trump was clearly inclined to the neocon side of the argument. What will happen next time?

Colonel W. Patrick Lang is a retired senior officer of U.S. Military Intelligence and U.S. Army Special Forces (The Green Berets). He served in the Department of Defense both as a serving officer and then as a member of the Defense Senior Executive Service for many years