Reading an online response by someone described as âNational Reviewâs chief domestic policy analyst,â with the mellifluous, politically correct name of âReihan Salam,â addressed to Ron Unz of the American Conservative, I was struck by a stray reference to a group that Salamâs employers have not accorded the right of recognition. Salam observes that Unz, who edits a âpaleoconservativeâ publication, has written a âthought-provokingâ article on Hispanic immigration. Unz wishes to discourage further Hispanic immigration because it depresses wages in the U.S., but otherwise this publisher raises no substantive objection to the influx of Third World, uneducated population from south of our border.

Unz begins his brief by arguing that Hispanic crime, including in all probability crimes by illegals, is no higher than it is among the Anglo population. (Unfortunately, Ronâs thesis has been debunked, but letâs not dwell on that.) Furthermore, the Latino immigrants, according to Unz, are generally hard-working and make reasonable efforts to fit in. Unz states that Republican politicians have overreacted by declaring war on illegals and by engaging in supposedly xenophobic policies and rhetoric against the newcomers. His only objection against continued immigration from Latin America is that itâs depressing the wage structure for those already in the work force. Latino immigration has hurt vulnerable American wage-earners, by providing cheap, expendable labor.

According to Salam, Unz has gone outside the box of what he would expect from the right. He has properly condemned the anti-foreign gestures of the GOP, and he never raises those âcultural issuesâ that one hears, perhaps with a shudder, from âpaleoconservatives.â But who, pray tell, is this last group? Although Salam devotes an entire essay to them, I donât have a clue as to what heâs talking about. The people alluded to have something to do with how the Right used to beâ¦and they tend to follow âthe idiosyncratic political economist Murray Rothbard,â my late friend. Many of them have racial reasons for not wanting to flood the country with Hispanic immigrants, but Unz, to whom one could never ascribe the slightest twinge of racial or cultural Angst, is somehow a paradigmatic paleo. Indeed, engaging in discussion with Unz is the litmus test for whether Salamâs neoconservative camp is open to a âgood-faith conversationâ with a group on the right with which Salam âdoesnât agree very often.â One might note that if he did, he would in all probability have to apply for food stamps.

What Salam neglects to mention is that paleoconservatives (whoever they are) donât write for NR or for any other mainstream publication of the conservative movement. Also, Iâve never seen them on neocon central, otherwise known on FOX, despite the 24/7 broadcasting schedule of this ânews network.â Itâs just that every so often the unmentionable gets said. This happens in spite of the fact that the neoconservatives, having swallowed the conservative movement whole in the 1980s, banned and suppressed paleoconservatives, people otherwise known as âcrackpots,â âanti-Semitesâ and âinhabitants of the fever swamps.â

But one wouldnât want to go too far in bringing up the unmentionable. For example, I wouldnât expect âNational Reviewâs chief domestic policy analystâ to engage the arguments of Steve Sailer (one of the banned thinkers who has dared to notice sociobiological questions) on the effects of immigration. Nor would I expect Salam to address Edwin Rubensteinâs detailed refutation of Unzâs assertions about the Hispanic crime rate, published in the most recent issue of Social Contract. After all it may not be advisable to deal with powerful arguments from people on the right whom no sensitive American should be noticing.

One further observation may be in order about Salamâs reference to the usually unmentionable. There is no monolithic group on the right called âpaleoconservatives.â As the inventor of the term, I know whereof I speak. There are multifarious rightwing critics of the neoconservative-controlled conservative movement, and many of these critics have little in common with each other except for disliking those who have marginalized them. This loosely connected oppositional force consists of non-leftist libertarians, neo-medieval Catholics, race realists, conservative humanists, Southern Agrarians, and if you give me a few more minutes, Iâll come up with a longer list. After so many decades of treating as non-persons or lunatics those whom they managed to displace, together with those who identify with those who were displaced, it may be high time for the neocons and their employees to confront their swarming enemies on the right. There used to be some sort of mildly interesting conversation that took place on that side. For example, the old National Review had room for such ideologically diverse personalities as the raging atheist Max Eastman, the Catholic Carlist Frederick Wilhelmsen, the global democratic missionary Harry Jaffa, and the Southern conservative M.E. Bradford. Although these people may have laced into each other, they usually remained on speaking terms and did not go about declaring their debating opponents to be unfit for civil discourse. Since then the range of differences in National Review and in affiliate neoconservative publications has become almost infinitesimal. What may be even worse, the polemical exchanges found there (to put it mildly) lack the fire they once had. Neocon control does have its drawbacks as well as cash subsidies. 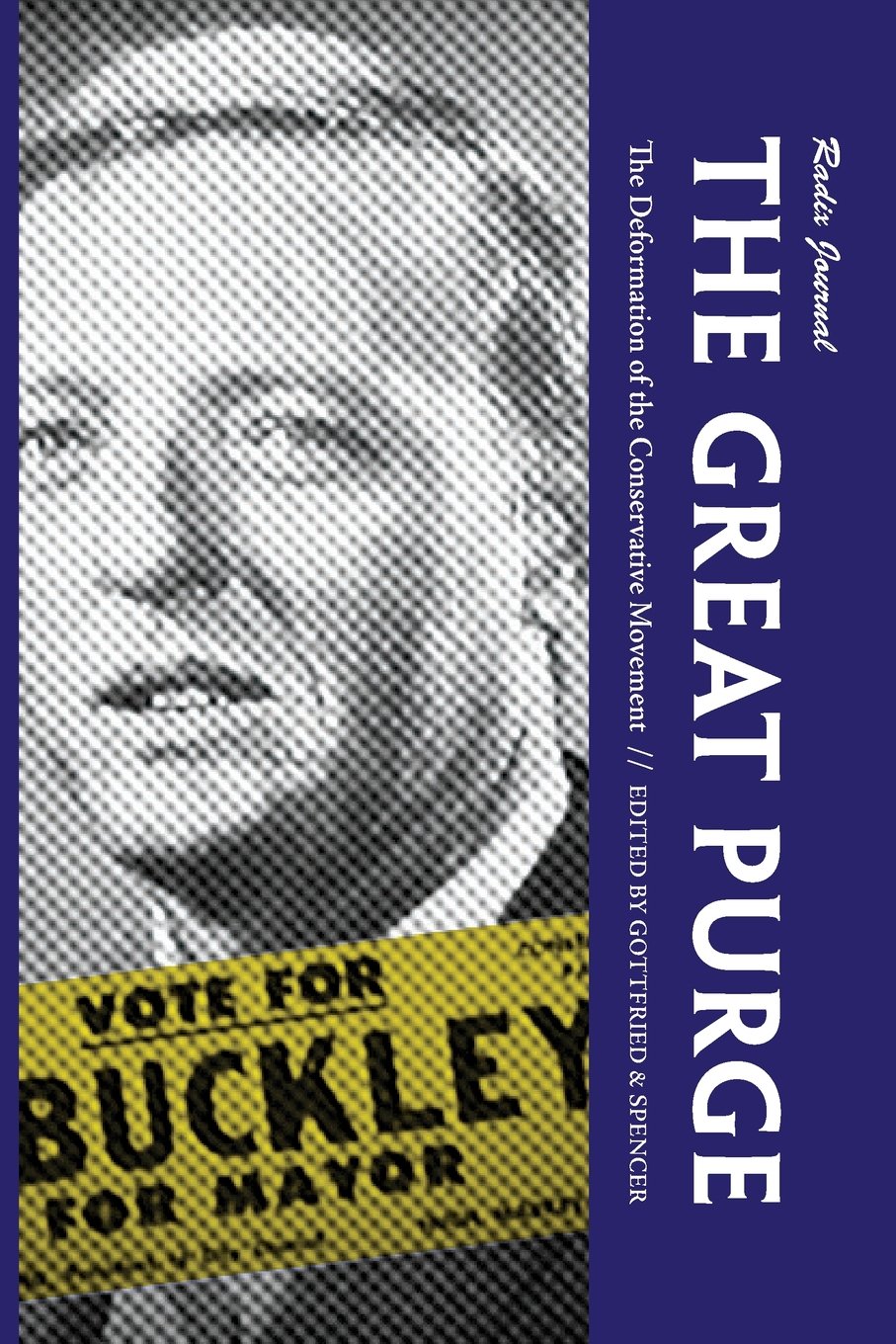 Salam, as a sign of outreach, calls for including paleoconservatives, by which I think he means the non-authorized Right, in the big tent heâd like to see spring up. He fears that his side has ânarrowed the public conversation,â and such narrowing may cause them âto wind up with a less reasonable, less-reality-based conversation.â OK, fair enough. Who on our side will his bosses include in their chatter-room beyond Ron Unz, who is a polite, intelligent commentator but hardly, except through some infinite stretching of the term, a âpaleoconservativeâ? Our side can give Salam lots and lots of names if the higher-ups are serious about making their discussion ideologically less prescribed. Somehow I doubt thereâll be any takers. Google vs. Bing on "What Is the Unz Review"
Steve Sailer
• 122 Comments
← Yes Virginia [Dare], There Is A âCult...A Fatally Misled Civilization →
Hide One CommentLeave a Comment
"What in the Hell Is a Paleo?"
• One Comment
Commenters to Ignore
Commenters to ignore (one per line)