Lissandra Melo / Shutterstock.com
◄►Bookmark◄❌►▲ ▼Toggle AllToC▲▼Add to LibraryRemove from Library • BShow CommentNext New CommentNext New ReplyRead More
ReplyAgree/Disagree/Etc. More... This Commenter This Thread Hide Thread Display All Comments
AgreeDisagreeThanksLOLTroll
These buttons register your public Agreement, Disagreement, Thanks, LOL, or Troll with the selected comment. They are ONLY available to recent, frequent commenters who have saved their Name+Email using the 'Remember My Information' checkbox, and may also ONLY be used three times during any eight hour period.
Email Comment Ignore Commenter Follow Commenter
Search Text Case Sensitive  Exact Words  Include Comments
List of Bookmarks

Today the American media, politicians of all stripes, and public educators will invariably fall into rapturous tones describing the black leader whose birthday is being celebrated, namely, Martin Luther King (1929-1968). Kingâs birthday is the only national holiday devoted to an individual American whose public observance has been commanded by Congress, and in 1983, this honor was accorded, with more or less bipartisan support. The same tribute is no longer extended to the founder of our country George Washington, or to our sixteenth president, Abraham Lincoln, who is still widely honored for ending black slavery. Washington and Lincoln both now share a generic Presidentâs Day that is wedged in between their two birthdays in February. The gallant Southern leader Robert E. Lee, whose birthday coincides with Kingâs and who after 1983 was to be co-celebrated in Southern states along with the black civil rights leader, has now fallen upon exceedingly hard times. Lee has become a non-person or even worse, someone identified with Southern slavery, although there is nothing to suggest that this Christian gentleman favored that institution or that he led the Confederate forces in Virginia for any reason other than the one he gave upon turning down an invitation to command the Union armyâto protect his ancestral state against invasion.

There is a very clear relation to be drawn between these two recent developments, as my longtime friend Sam Francis delighted in pointing out. The replacement of Lee and Washington, who were related through Washingtonâs wife Martha, by King as the center of a public cult signaled a true âiconic revolutionâ in our country. Nor was this revolution in consciousness likely to end with the congressional enshrinement of King or with the public acknowledgement of his birthday. Every January, there takes place an orgy of guilt-tripping and pseudo-Christian penance, one that seems to become shriller and more robotized with the passing of time. There is also in the U.S. a relation between the downplaying of Christmas, which is being reduced here no less than in Britain to a âholiday season,â and Kingâs birthday in mid-January, which is followed by Black History Month, formerly know as Febuary. What the new liturgical season highlights is Kingâs martyrdom in 1968, when he was assassinated while leading a garbage employeesâ strike in Memphis, Tennessee, and the need for national atonement for our countryâs long embedded white racism. This penance, which is a post-Christian form of Lent, goes on through Black History Month and is then resumed for another putative victim group during Womenâs Month. Although the establishment Right (that is, GOP operatives and neoconservative journalists) and the Left disagree on how this sacral calendar is to be observed, they all see eye-to-eye on its contents.

The dispute here resembles nothing so much as the councils of the early Church that were devoted to clarifying the nature of Christ. Instead of the strife released over whether the concept of homoousia or that of homoiousia properly described the nexus between the first two members of the Trinity, we now have a more timely question: Did Martin Luther King, by his suffering and death, release our country from further atonement for racism or must this atonement become even more frenzied because of how his âunfinished mission for racial justiceâ ended?

Although the Heritage Foundation proclaimed King to be a âChristian theologianâ as well as a âgreat conservative thinker,â the reality is exactly the opposite: this now beatified figure was a self-proclaimed social radical, who provided the god figure of a post-Christian religion, albeit one that is parasitic on Christian narratives. He is living proof of the continuity between Christian images and a now victorious leftist ideology.

Lest I be accused of being unfair to my subject, let me stress that he was not really responsible for this glorification. As far as I know, King could never have imagined how he would be used after his death, any more than Karl Marx could have imagined that his ideas would be cited to justify Soviet tyranny. He might even have had the decency to blush if he had heard our âconservativeâ presidential candidate John McCain apologizing last spring in Memphis for having not supported the King public holiday soon enough. McCain characterized this failure as âthe single biggest mistake in my political life.â

Moreover, there is much about Kingâs life that should command our respect, and particularly his personal courage. During his crusade against segregation in the Deep South and in his fight for black voting rights in the same region, he stood up against threats to his life. These went on from his participation in the boycott of segregated public transportation in Montgomery, Alabama, in 1955 down to his voting rights march in Selma in 1965. Throughout this period, and actually down to his violent death, King had to deal with hostile opponents, who threatened danger to him and his family. Not surprisingly, he was arrested and put in jail in Birmingham in 1963 for his violation of municipal ordinances. But King also made clear that while he was breaking laws that he found to be unjust, he was also willing to pay the penalty. And in his âLetter from a Birmingham Jail,â penned in 1963, he shows as an ordained Protestant minister at least some acquaintance with theological sources that could be cited, however selectively, to legitimate his stand.

There is also much to object to about racial segregation. In its heyday it was extended to a plethora of public and private institutions, and, from what I recall, Jim Crow made few exceptions for worthy black would-be users of libraries and decent state universities. And Southern whites could have cleaned up this act for generationsâbefore it became a cause cÃ©lÃ¨bre for the Left and government social engineers. While no one comes in second to me in lamenting the effects of the Civil Rights revolution and especially its excesses, it would be foolish to deny that it began with a just cause. The same is of course equally true of other political disasters such as the French Revolution.

As someone whose family suffered grievously under the treaties ending World War One and later under the Nazi regime, it seems to me that complaints about the first were justified even if vicious people later exploited them. And there is no need to believe that by criticizing civil rights activists, one is expressing approval for what they sometimes correctly brought to public attention. Forcing some elderly black lady to sit in the back of a bus because of her skin color is not only degrading. It also provided a moral excuse to get federal bureaucrats and judges into the never-ending enterprise of reconstructing American societyâan experiment that has now been extended to every aspect of our communal and commercial lives.

I would even surmise that had the issue of racial segregation not become a major national moral concern, with considerable media assistance, King and his organization, the Southern Christian Leadership Conference, would not have been able to move as easily as they did, with broad national endorsement, into mobilizing black voters. Our Voting Rights Act was passed in 1965, with disproportionate support from the Republican Party, to ensure federal supervision of areas in the South in which blacks had been kept or were suspected of having been kept from voting. Such steps contributed considerably toward moving our electorate toward the social Left, where about 99% of the black electorate can now be found. The leftward lunge in our presidential politicsârepresented by the recent victory of social leftist and, as Steve Sailer has revealed, black nationalist, Barack Obamaâhas been made possible by the changes accompanying the civil rights revolution, namely a large black electorate on the left that supports, with few exceptions, Obama and a white population that has been relentlessly instilled with a sense of racial guilt. Quite possibly, if the South had voluntarily desegregated its institutions, or had displayed more flexibility about race relations, some of this radicalization could have been avoided. By creating an eyesore, Southern whites contributed to the storm that later erupted.

It not hard to show King was a badly flawed public figure. But one can no longer do that in the US without being suspected of being a ârightwing extremistââoften by self-described âconservativesâ in the press. Kingâs frequent acts of plagiarism, extending from his doctoral dissertation to his renowned âI Have a Dreamâ Speech delivered at the Washington Mall on August 28, 1963, have long been matters of record. One diligent scholar, Theodore Pappas, has devoted an entire work, Plagiarism and the Cultural Wars, to identifying Kingâs borrowed sources. Pappas proves to what extent King as an orator and author engaged in âvoice-dubbingâ and âtextual borrowing,â as the mainstream media have referred to his frequent verbal thefts.

He was also a notorious philanderer who was not above using his pastoral activities to âcounselâ young, voluptuous women. Some of his own advisors complained that his amorous activities got in the way of his political activities, although in his defense it might be argued that he had plenty of time for both. His connection to Communist friends, and most notoriously from 1957 onward to veteran CP activist Stanley Levison, and the pop Marxist phrases that laced his political commentary suggest that King was something other than the âChristianâ idealist whom the GOP have discovered in his biography.

In his defense it is questionable whether King would have had anything but contempt for those âconservativeâ publicists who have tried to turn him into an advocate of free market economics, meritocracy, and war-mongering American patriotism. King already in the 1950s had called for government-introduced racial quotas in employment; he was also demonstrably a socialist with Marxist overtones in economics, and he famously denounced the Vietnam War as a struggle that hurt blacks by delaying their quest for equality. Although King had indeed just grievances, at least in the beginning of his career, his politics quickly descended into those of his disciple Jesse Jackson.

But my purpose is not to run him down. It is rather to stress his unsuitability for the role into which he was thrust after his death. I still recall standing in line to buy stamps in a post office in 1983 when a mother was explaining to her son who was looking at a newly minted stamp: âNo, thatâs not the famous Martin Luther. Itâs a monk who was born five-hundred years ago, somewhere in Europe.â This woman had, if anything, understated Kingâs rising value, which was not to replace the father of the Protestant Reformation but Lutherâs savior. For this is certainly what King has become, a martyred deity, in todayâs American political culture.

(Republished from AltRight by permission of author or representative)
← Leo Strauss's Left-Wing NationalismKrautophobia, the Incurable Illness → The Cult of St. Martin Luther King
A Loyalty Test For Careerist Conservatives?
Paul Gottfried
• 1 Comment • Reply
← Leo Strauss's Left-Wing NationalismKrautophobia, the Incurable Illness →
Hide One CommentLeave a Comment
"The Patron Saint of White Guilt"
• One Comment
Commenters to Ignore
Commenters to ignore (one per line)

Is Wall Street Behind the Delay in Declaring the Coronavirus Outbreak a âPandemicâ?
Whitney Webb • February 26, 2020
• 1,700 Words • 1 Comment • Reply 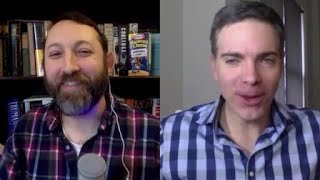