I watched a Pennsylvania GOP gubernatorial candidate bring an evangelical crowd to their feet three years ago by announcing that âOwning a gun is a human right.â I mumbled to myself: âSo is protection from body odor.â

Itâs not that Iâm against people owning guns, but there are multiple reasons to defend such practices without invoking phantom ârights.â It is possible to defend broad gun ownership on practical grounds as something that reduces the likelihood that the carrier will be hurt in a violent assault. I could easily construct a defense of gun ownership without once mentioning the concoction of âhuman rights.â

Human rights is an invention of loudmouthed journalists, political theorists looking for trips to the UN, and celebrities who are pushing pet causes.

Times change, and so does the catalogue of human rights designed to justify the prevalent political and cultural attitudes. It is impossible to separate the idea of human rights from the political agendas of those wielding this rhetorical weapon.

Concepts of human rights usually reflect the biases of the age. These rights are also replaceable. It is naÃ¯ve to think those ârights to life and libertyâ in the Declaration of Independence as understood by Thomas Jefferson are the only rights around which our political lives have been made to center. Terms such as âlibertyâ and âthe pursuit of happinessâ have now been given meanings beyond anything that Jeffersonâor the person from whom he cribbed the passage, John Lockeâcould have intended.

âHuman rightsâ now encompass things such as wealth redistribution, protecting transsexuals from hostile glares, and banning all Confederate symbolsâwhich a black student once complained violated her human rights when she espied a Civil War history book on my office shelf.

As a young man, I was told that the right to debate issues is a civilized societyâs distinguishing mark. Open debate was often depicted in the 1950s and 1960s as a âhuman right.â Now it has been eclipsed here and in Europe by the even loftier human right of being sensitive to whatever group the government and media want us to treat with special sensitivity.

The cult of human rights has also become an obvious successor religion to Christianity. It selectively incorporates Christian notions of universality and the sacredness of the person, but without Christian theology. Why should we think this successor religion, like its cousin multiculturalism, will have currency outside of the progressive remains of what were once Christian societies? Although African tribalists or Chinese nationalists may talk our talk, it is doubtful that our rhetorical tics will influence them very deeply.

In the late 1990s, an attempt by the French right to condemn Hitler and Stalinâs human-rights violations in one sweeping statement brought forth a nasty rebuke from the French prime minister and was widely attacked in the French press. It seemed âoutrageousâ to liken acts that âflowed from a humanistic intentionâ to those of a âracist doctrine that relegates most of humanity to the shadows.â Presumably communist murders were less blameworthy than Nazi or right-wing ones because leftists defined âhuman rightsâ differently.

John McCain and other Fox News heroes go into a tirade every time Democratic Party leaders meet with the Chinese and fail to press them on âhuman rights.â Presumably we should be pummeling the Chinese with accusations about human-rights violations in between begging them to buy our devalued dollars. Weâre also supposed to beat up on Putin for abusing the âhuman rightsâ advocates whom the National Endowment for Democracy finance in order to subvert the Russian government. If a foreign government tried such stuff with us, the feds would have the agents arrested and detained.

So which is it? Are we the supreme violators or the privileged upholders of human rights? Oneâs answer may depend on how long someone has listened to either Fox or MSNBC.

The best argument for ditching human-rights talk is that it stands in the way of saying something serious about oneâs moral positions. The term âhuman rightsâ usually denotes something that one wants to impose or legislate universally. But why not frame these things as oneâs personal beliefs rather than universal human rights? Isnât it possible to address issues without spraying the listener with pious smarm? 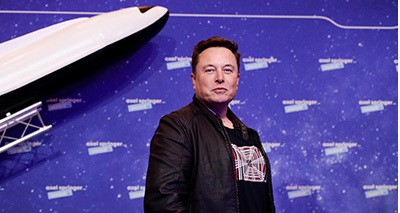 American Pravda: "The Truth" and "The Whole Truth" About the Origins of Covid-19
Ron Unz
• 571 Comments • Reply
← Throwing People Under the Bus to Stop a...Tea Party vs. Occupy: Which Is Winning? →
Hide One CommentLeave a Comment
"Human Rights: the Useless Fiction"
• One Comment
Commenters to Ignore
Commenters to ignore (one per line)

← Throwing People Under the Bus to Stop a...Tea Party vs. Occupy: Which Is Winning? →
Current Commenter
says:
Current Date at Time Now
Leave a Reply - Comments on articles more than two weeks old will be judged much more strictly on quality and tone
Cancel Reply
Commenting Disabled While in Translation Mode