The Julian Assange drama drags on. Though he continues to sit in a top security British prison awaiting developments in his expected extradition to the United States, the Spanish High Court has been given permission to interview him. Assange is claiming that the Spanish company contracted with by the Ecuadorean government to do embassy security in London spied on him using both audio and video devices. The recordings apparently included conversations with Assangeâs lawyers outlining his defense strategies, which is an illegal activity under Spanish law. The prosecution has also indicted the company director, former military officer David Morales, on associated criminal charges of bribing a government official and money laundering. Morales has said that he is innocent.

Aware that he might be monitored by the British government as well as by other interested parties, Assange would often meet his legal team using a white noise machine or in womenâs bathrooms with the water running, but the firm, UC Global, anticipated that and planted devices capable of defeating the countermeasures. It planted microphones in the embassy fire extinguishing system as well as in numerous other places in the building. The recordings were reportedly streamed, undoubtedly encrypted, to another nearby location, referred to in the trade as a listening post. The streamed material was also reportedly transcribed and copied at the UC Global offices in Andalusia, but hard copies of the material were made as well on CDs and DVDs to be turned over directly to the client.

The Spanish newspaper El Pais, which has seen much of the evidence in the case, also mentioned how UC Global fixed the windows in the rooms actually being used by Assange so they would not vibrate, making it possible to use laser microphones from a nearby line of sight building to record what was being said. Presumably the listening post also served as the line-of-sight surveillance point.

The British government willingness to let the interview take place is apparently due in part to the Spanish judiciaryâs claims that it has obtained an overwhelming amount of documentary and other evidence that demonstrates that Assange is basically telling the truth.

And there is inevitably more to the story. David Morales, who managed the project, reportedly returned from a trip to the United States and told colleagues that the UC Global would henceforth be doing some work âfor the dark sideâ at âanother leagueâ level. According to the New York Times, which has examined the documents obtained by El Pais and accepted that they are authentic, âIn the court filing, the prosecution asserts that Mr. Morales returned from a security fair in Las Vegas in 2015â¦ He signed a contract with Las Vegas Sands, the casino and resort company of Sheldon Adelson, and the prosecution contends that Mr. Morales passed information about Mr. Assange to security officials at the company, saying it acted as a go-between with the C.I.A.â

Sheldon Adelson is, of course, the single largest source of funding for the Republican Party and is also widely regarded to be a confidant of the Israeli government and of Benjamin Netanyahu personally. UC Global subsequently worked for Adelson, including managing the security of his yacht whenever it was in the Mediterranean.

According to employees of UC Global, details of the Ecuadorean Embassy operation were tightly held inside the company. Morales would make secret trips to the United States once or twice every month and it was assumed that he was carrying material relating to the recordings, but UC Global staff were advised never to mention his travels to the Ecuadorean staff in the embassy.

The obvious candidate for spying on Assange would be, as both the Spanish government and the New York Times speculate, the Central Intelligence Agency (C.I.A.), as Washington intends to try Assange prior to locking him away for the rest of his life. Secretary of State Mike Pompeo, while director of C.I.A., once referred to Assange and WikiLeaks as a âhostile intelligence service,â so one should have no illusions about what will be done to him if he ever arrives in the U.S.

In one instance cited by El Pais, the U.S. Embassy in London clearly knew what was discussed at a private meeting that had taken place in the Ecuadorean Embassy the day before. And if Washington truly wanted inside information it would have made sense from an espionage point of view to employ the very firm doing security for the embassy as oneâs mechanism for doing the spying.

But the rest of the story as elaborated on by the New York Times doesnât make sense. It is equally or possibly even more likely that the Ecuadorean government would want to know what Assange was up to since it was taking considerable heat from Washington and London to terminate his asylum so he could be arrested and extradited. The fact that Morales did not want the Ecuadoreans to know about his travels suggests that they already knew about the surveillance. What they did not know was that Morales was sharing the take with someone else.

And then there are the British themselves as possible initiators of the surveillance through some kind of arrangement with Morales. They would most definitely would like to know what was being planned in Assangeâs defense and going through UC Global would be the easiest way to obtain the needed information.

One might point out that there is another obstacle to the C.I.A. âdunnitâ speculation, which is that as a general rule Washington does not spy on London and London does not spy on Washington. As the two countries have been for decades major intelligence partners, it is a guideline that is, believe it or not, generally observed. The British would have noticed any attempt to set up an American listening post within line-of-sight of the Ecuadorean Embassy and it would have created a major rift between C.I.A. and MI6, which suggests that the British, Americans and Ecuadoreans might all have been spying on Assange and possibly even sharing the information.

And then there is the Adelson angle, which brings the Israelis into the mix. It appears to be true that Adelsonâs casinos in China were venues used for targeting corrupt Chinese officials by the C.I.A. as far back as 2010, but it is not imaginable that todayâs Agency would use the Las Vegas billionaire as a conduit for passing information and arranging payments to Morales. As one former Agency field officer commented, âThis is not the way the C.I.A. constructs an operation, too many moving parts.â

If he were indeed a C.I.A. asset, Morales could have used a dead drop or passed his material directly to an Agency officer under cover in Spain before being paid directly for his services. The C.I.A. officer would also be able to monitor and direct the operation through the meetings as is usually the case, which would not be possible if the connection were through Las Vegas Sands security.

One might also add that using a trip to Las Vegas as a cut out to conceal espionage activity makes no sense at all, particularly as Morales would have to be crossing international borders carrying on him highly sensitive information that could come to the attention of security concerned about the frequency of his trips. Morales might indeed have believed that he was working for C.I.A. because that is what he was told by Adelson, but that could easily have been a lie.

It is also unimaginable that C.I.A. would use Adelson as he is recognized by the U.S. intelligence services as an Israeli government asset. His loyalty to the U.S. is questionable. He is famous for having said that he regretted serving in the U.S. Army and wishes he had served in the Israeli army instead. He wants his son to grow up to âbe a sniper for the Israel Defense Force (IDF).â

That means that anything going through Adelson will wind up in Israel, which suggests that if Adelson is actually involved the whole exercise just might be an Israeli false flag operation pretending to be the C.I.A. Israel does not hate Assange with the fervor of the U.S. government but it certainly would consider him an enemy as he has had a tendency to expose sensitive material that governments would not like to make public. Israel would be particularly vulnerable to having its war crimes exposed, as was the case when WikiLeaks published the material revealing American crimes in Iraq provided by Chelsea Manning.

So, there is a choice when it comes to considering who might have commissioned the spying on Julian Assange, or it might even have been a combination of players. The sad part of the story is that even if David Morales is convicted in a Spanish court, sources in Britain believe the violation of Assangeâs rights will have no impact on the move to extradite him to the United States. That will be decided narrowly based on the charge against him, which is exposing classified information, a violation of the Espionage Act of 1917. As the Espionage Act is infinitely elastic and as the preferred U.S. Court for the Eastern District of Virginia has a very high conviction rate, there is little doubt that Julian Assange will soon be on his way to the United States where he will undoubtedly be sentenced to life in prison. 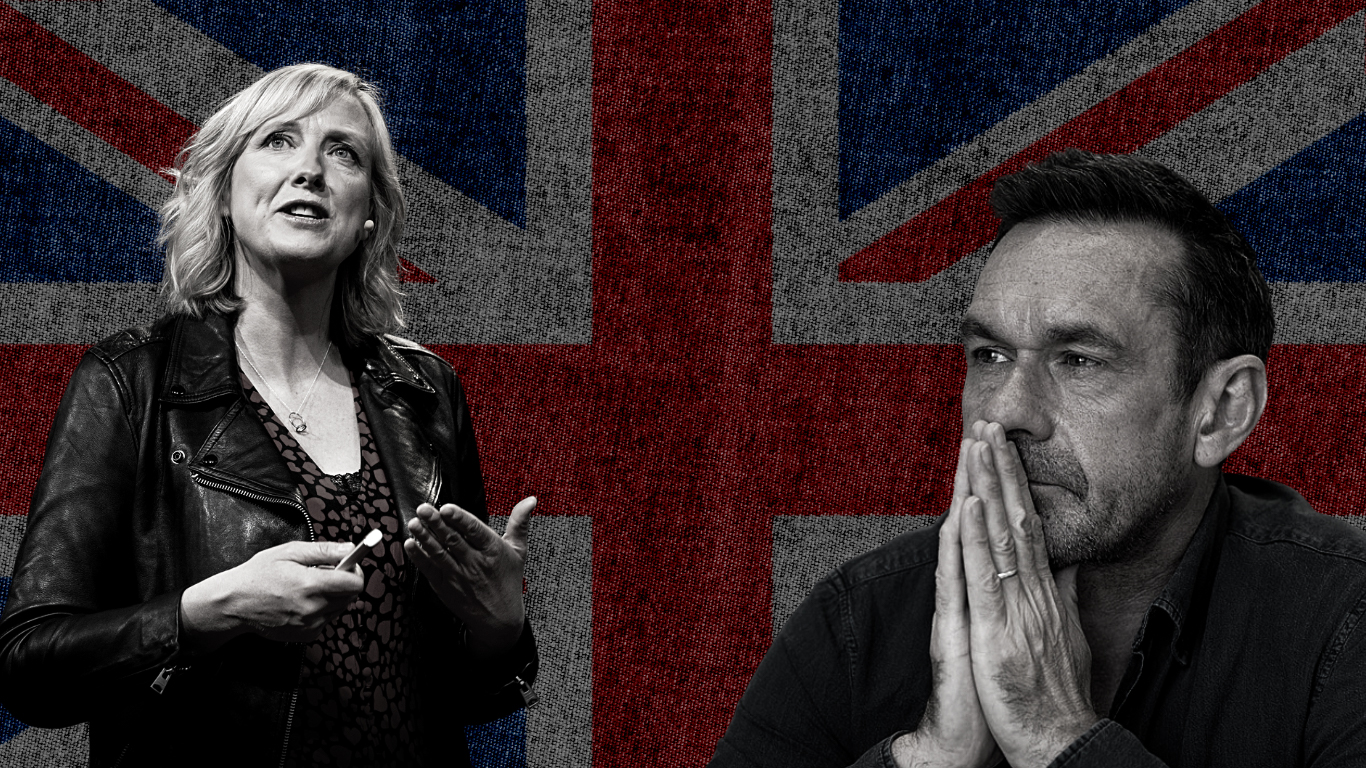 CIA Plan to Poison Assange Wasnât Needed. the US Found a âlawfulâ Way to Disappear Him
Jonathan Cook
• 59 Comments • Reply
← The International Zionist ConspiracyDonald Trump and Israel: When Does a â... →
Hide 108 CommentsLeave a Comment
"Who Spied on Julian Assange?"
• 108 Comments
Commenters to Ignore
Commenters to ignore (one per line)