The deluge of recent reporting regarding possible conflict with nuclear armed North Korea has somewhat obscured consideration of the much higher probability that Israel or even Saudi Arabia will take steps that will lead to a war with Iran that will inevitably draw the United States in. Israel is particularly inclined to move aggressively, with potentially serious consequences for the U.S., in the wake of the recent incident involving an alleged Iranian drone and the shooting down of an Israeli aircraft. Prime Minister Benjamin Netanyahu has been repeatedly warning about the alleged threat along his northern border and has pledged that Israel will not be in any way restrained if there are any hostile moves directed against it. The Israeli Transportation Minister Ysrael Katz has warned that Lebanon will be blasted back into the âstone age.â

There is also considerable anti-Iran rhetoric currently coming from sources in the United States, which might well be designed to prepare the American people for a transition from a cold war type situation to a new hot war involving U.S. forces. The growing hostility towards Iran is coming out of both the Donald Trump Administration and from the governments of Israel and Saudi Arabia. National Security Adviser H.R. McMaster is warning that the âtime to act is nowâ to thwart Iranâs allegedly aggressive regional ambitions while U.S. United Nations Ambassador Nikki Haley sees a âwake-upâ call in the recent shooting incident involving Syria and Israel. The hostility emanating from Washington is increasing in spite of the fact that the developments in the region have little or no impact on vital U.S. national interests, nor is Iran anything like an existential threat to the United States that would mandate sustained military action.

Iranâs alleged desire to stitch together a sphere of influence consisting of an arc of allied nations and proxy forces running from its western borders to the Mediterranean Sea has been frequently cited as justification for a more assertive policy against Tehran, but that concern is certainly greatly exaggerated. Iran, with a population of more than 80 million, is, to be sure, a major regional power but militarily, economically and politically it is highly vulnerable. Its economy is struggling and there is a small but growing protest movement regarding the choices being made for government spending.

Iranâs Revolutionary Guard is well armed and trained, but much of its âboots on the groundâ force consists of militiamen of variable quality. Its Air Force is a “shadow” of what existed under the Shah and is significantly outgunned by its rivals in the Persian Gulf, not to mention Israel. Its navy is only “green water” capable in that it consists largely of smaller vessels responsible for coastal defense supplemented by swarms of Revolutionary Guard speedboats.

When Napoleon had conquered much of continental Europe and was contemplating invading Britain in 1804 it was widely believed that England was helpless before him. But Admiral Earl St Vincent was nonplussed. He said at the time: âI do not say the French can’t come, I only say they can’t come by sea.â In a similar fashion, Iranâs apparent threat to its neighbors is in reality decisively limited by its inability to project power across the water or through the air against other states in the region that have marked superiority in both respects.

And the concern over a possibly developing âShiâite land bridge,â also referred to as an âarcâ or âcrescent,â is likewise overstated for political reasons to make the threat more credible. It ignores the reality that Iraq, Syria, and Lebanon all have strong national identities and religiously mixed populations. They are influenced and sometimes more than that by Iran, but they are not puppet states and never will be. Even Lebanonâs Hezbollah, often cited as Iranâs fifth column in that country, is not considered a reliable proxy.

Majority Shiâa Iraq, for example, is generally considered to be very friendly to Iran but it has to deal with considerable Kurdish and Sunni minorities in its governance and in the direction of its foreign policy. It will not do Iranâs bidding on a number of key issues, including its relationship with Washington, and would be unwilling to become a proxy in Tehranâs conflicts with Israel and Saudi Arabia as such a move would be extremely unpopular. Iraqi Vice President Osama al-Nujaifi, the highest-ranking Sunni in the Prime Minister Haider al-Abadi government, has, for example, recently called for the demobilization of the Shiâite Popular Mobilization Forces or militias that have been fighting ISIS because they âhave their own political aspirations, their own [political] agendas. â¦ They are very dangerous to the future of Iraq.â

A seemingly legitimate major concern driving much of the perception of an Iranian threat is the possibility that Tehran will develop a nuclear weapon somewhere down the road. Such a development is quite plausible if only from a defensive point of view as Iran has been repeatedly threatened by nuclear armed Israel and the United States, but the current Joint Comprehensive Plan of Action provides the best response to the possible proliferation problem. The U.N. inspections regime is rigorous and Iran is reported to be in compliance with the agreement. If the plan survives the attacks by the White House, there is every reason to believe that Iran will be unable to take the necessary precursor steps leading to a nuclear weapons program while the inspections continue. And it will be further limited in its options after the agreement expires in nine years because it will not be able to accumulate the necessary highly enriched uranium stocks to proceed if it should ever make the political and economic decisions to go ahead with such a program.

The recent incident involving the shoot-down of a drone alleged to be of Iranian provenance followed by the downing of an Israeli fighter by a Syrian air defense missile resulted in a sharp response from Tel Aviv, though reportedly mitigated by a warning from Russian President Vladimir Putin that anything more provocative might inadvertently involve Russia in the conflict. Israeli Prime Minister Benjamin Netanyahu accordingly moderated his response but his government is clearly contemplating a more robust intervention to counter what he calls a developing Iranian presence in Syria. It is important to recall that Netanyahuâs prime objective in Syria and Lebanon is to have both nations in turmoil so they cannot threaten Israel. With that in mind, it is wise to be skeptical about Israeli claims regarding Iranian intentions to build bases and construct missiles in Syria. Those claims made by Israelâs Mossad have not been confirmed by any western intelligence service, not even by Americaâs totally corrupted and subservient CIA.

Netanyahu is also facing a trial on corruption charges and it would not be wildly off target to suggest that he might welcome a small war to change the narrative, just as Bill Clinton did when he launched cruise missiles into Afghanistan and Sudan to deflect congressional and media criticism of his involvement with Monica Lewinsky. Unfortunately, if Netanyahu does wind up being charged and going to prison his successor will likely be even more hardline.

It must be understood that the mounting Iran hysteria evident in the U.S. media and as reflected in Beltway groupthink has largely been generated by allies in the region, most notably Saudi Arabia and Israel, who nurture their own aspirations for regional political and military supremacy. There are no actual American vital interests at stake and it is past time to pause and take a step backwards to consider what those interests actually are in a region that has seen nothing but U.S. missteps since 2003. Countering an assumed Iranian threat that is no threat at all and triggering a catastrophic war would be a major mistake that would lead to a breakdown in the current political alignment of the entire Middle East. And it would be costly for the United States. Iran is not militarily formidable, but its ability to fight on the defensive against U.S. Naval and air forces is likely to be considerable, producing high casualty levels on both sides. How would the U.S. public respond if an aircraft carrier were to be sunk by a barrage of Iranian shore-to-ship missiles? And Tehran would also be able to unleash terrorist resources throughout the region, particularly endangering U.S. military and diplomats based there as well as American travelers and businesses. The terror threat might easily extend beyond the Middle East, into Europe and also within the United States while the dollar costs of a major new conflict and its aftermath could also break the bank, literally. Promoting a robust U.S. role in âregime changeâ for Iran as a viable military option to support objectives largely fabricated by allies would be a phony war fought for bad reasons. It is not commensurate with the threat that the Mullahs actually pose, which is minimal, and is just not worth the price either in dollars or lives.

[This article is an edited and expanded version of a memorandum that I prepared for Veteran Intelligence Professionals for Sanity which has been released separately on Consortium News]. 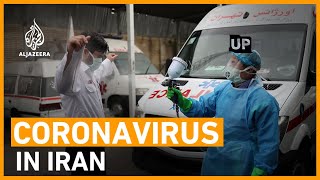