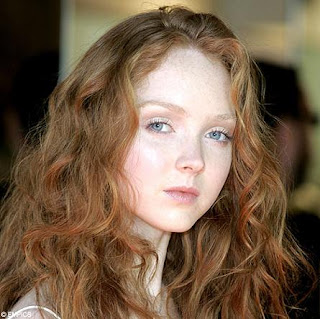 No, thatâs not a climatic adaptation

âEuropean skin turned pale only recentlyââsuch was the headline in Science five years ago.

[â¦] a new report on the evolution of a gene for skin color suggests that Europeans lightened up quite recently [â¦] the implication is that our European ancestors were brown-skinned for tens of thousands of years (Gibbons, 2007)

The report had been presented by a postdoc, Heather Norton, at the annual meeting of the American Association of Physical Anthropologists (Norton & Hammer, 2007). Over the following years, I e-mailed periodically to ask her when the study would be published. To make a long story short, she landed a faculty position and found herself overwhelmed by new responsibilities. There were still problems with the dating of this genetic change, and time couldnât be found to work them out. So the study stayed âon the back burner.â

Five years later, the study has finally been published â¦ by another research team. Beleza et al. (2012) generally confirmed Nortonâs preliminary finding but found evidence that Europeans had lightened through a 2-stage process. Around 30,000 years ago, not long after entering Europe, the ancestors of todayâs Europeans and East Asians lightened in skin color through a new allele at the KITLG gene. But the real whitening came much later, between 19,000 and 11,000 years ago among ancestral Europeans only, through new alleles at TYRP1, SLC24A5, and SLC45A2. This finding strikes down the two leading explanations for the whiteness of European skin:

1. As modern humans spread north from Africa and into higher latitudes with less solar UV, their skin had to lose pigmentation to maintain the same level of vitamin-D synthesis. Europeans therefore began to turn white once their ancestors entered European latitudes some 40,000 years ago (Loomis, 1970; Murray, 1934).

2. Some writers, like Sweet (2002), have suggested that the transition from hunting and gathering to farming increased the bodyâs need for vitamin D (because cereals contain phytic acids that immobilize calcium and phosphorus within the body and because a high-meat diet seems to reduce vitamin-D requirements). In Europe, however, this transition began only 8,000 years ago and did not reach northern Europe until 7,000-3,000 BP.

Beleza et al. (2012) suggest that a colder climate forced Ice Age Europeans to wear more clothing and spend more time in shelters, thus reducing their exposure to solar UV. It was thus at that time, and not when modern humans first entered Europe, that European skin turned white in order to maintain the same level of vitamin-D synthesis.

But then why didnât Europeans revert after the Ice Age to their original brown color? And why do we see brown skin in humans who have long lived with weaker solar UV and even colder weather in northern Asia and North America? This is notably the case with Amerindian groups in Canada and Alaska who derive very little vitamin D from either the sun or their diet (Frost, 2012a, 2012b).

In any case, it is only during the summer that solar UV is intense enough for the skin to synthesize vitamin D. Yet European summers were not much cooler during the last ice age than they are today. The Central Russian Plain, for instance, had a July mean temperature of 16Â° back then, versus 18Â° now (Hoffecker, 2002, p. 23). So Ice Age Europeans had little reason to be less exposed to solar UV. Indeed, the open steppe-tundra was much more exposed to the sun than the forested environments before and after the Ice Age.

There remains of course my explanation (Frost, 2006; Frost, 2008). White skin was not climatically advantageous. It was visually advantageous, as were two other unique color traits. Within this same geographic area, centered on northern and eastern Europe, hair is not only black but also brown, flaxen, golden, or red. Eyes are not only brown but also blue, gray, hazel, or green.

These European color traits have evolved along separate trajectories, yet the goal seems similarâa shift toward brighter and more visible colors. But visible to whom?
To the opposite sex? Sexual selection favors visual qualities that catch the attention of potential mates. In the case of skin color, a pre-existing sexual dimorphism has made lighter skin a visible female characteristic. Women are the âfair sex.â Theyâre paler than men from puberty onward (Edwards & Duntley, 1939).
Skin color is, in fact, a key visual cue for sex recognition, being even more crucial than face shape (Bruce & Langton, 1994; Hill, Bruce, & Akamatsu, 1995; Russell & Sinha, 2007; Russell et al., 2006; Tarr et al., 2001; Tarr, Rossion, & Doerschner, 2002). When shown a human face, subjects can recognize its sex even if the image is blurred and differs only in color (Tarr et al., 2001).

The specific cues are hue and luminosity. A man is browner and ruddier in hue than a woman because melanin and blood are more present in his skinâs outer tissues (Edwards & Duntley, 1939). A woman has higher luminous contrast between her facial skin and her lips or eyes (Dupuis-Roy et al., 2009; Russell, 2003). These cues may explain the similar evolution of cosmetics in a wide range of culture areas, i.e., women generally seek to lighten their facial color and to increase its contrast with their lip and eye color (Russell, 2003; Russell, 2009; Russell, 2010).

Thus, the more a woman is lighter-skinned, the more she is recognizably female. This is not just a matter of conscious sex recognition. Itâs also a matter of men acting on half-conscious feelings. Even when a woman is recognized as such, her mating success may be influenced by subtle differences in the way men perceive her femininity.

But if sexual selection were the cause, why did it occur only 19,000 to 11,000 years ago and only in Europe? What was so special about that time and place?
That time frame coincides with the last ice age (25,000-10,000 BP), particularly the glacial maximum (20,000-15,000 BP). In Europe, especially on the northern and eastern plains, there were now vast expanses of steppe-tundra that supported herds of wandering reindeer and other herbivores, which in turn supported a large human population. Bioproductivity was in fact much higher there than on todayâs arctic barrens. Steppe-tundra also existed in Asia, but it was colder and drier, being farther north and farther from the moderating influence of the Atlantic Ocean. Its human population was not only smaller but also more vulnerable to periodic extinctions, particularly at the height of the last ice age.

Europeâs steppe-tundra was a singularity among the many environments that modern humans encountered as they spread out from Africa during the Paleolithic. It offered an abundance of food, but almost all of the food was in the form of meat. Since hunting was primarily a male activity, men had to bear almost the entire burden of food provisioning. Women either processed the food that men supplied or did activities unrelated to food, such as garment making or shelter building.

There were also demographic consequences. First, polygyny became less common, being limited to those able hunters who could support more than one family. Second, the death rate among young males increased. In hunter-gatherer societies, the male death rate increases with hunting distance, reaching a maximum in environments where hunters pursue migratory herds over long distances. As a result, women greatly outnumbered men on the mate market. Women had to compete for the attention of potential mates, and sexual selection favored the mating success of those who could.

In other species, sexual selection changes physical appearance from a dull, cryptic coloration to a brighter, more eye-catching one. This is especially true for traits on or near the faceâthe focus of visual attention. Since most genes for human skin, hair, and eye color are not sex-linked, any selection for new color traits in one sex would spill over onto the other sex. As European women whitened, so did Europeans of both sexes.

In time, sexual selection also leads to sexual dimorphism. Sex-linked alleles would appear through random mutation and gradually replace similar alleles that are not sex-linked. Some sexual dimorphism is indeed evident in European color traits. A twin study has shown that hair is lighter-colored in women than in men, with red hair being especially more frequent, and that women show greater variation in hair color (Shekar et al., 2008). Skin color, however, is actually less dimorphic in light-skinned humans than in those of medium skin color, probably because of a âceiling effect,â i.e., girls cannot become much lighter-skinned after puberty if the population is already close to the limit of maximum paleness (Frost, 2007).

White European skin evolved relatively fast during the last ice age, specifically from 19,000 to 11,000 years ago. This was also probably the same time frame for the evolution of European hair and eye colors. Anyway, thatâs my bet.

These color traitsâwhite skin and a diverse palette of hair and eye colorsâ are not adaptations to a cooler, less sunny climate. They are adaptations by early European women to intense mate competition, specifically a shortage of potential mates due to a low polygyny rate and a high death rate among young men.

This situation was created by the steppe-tundra that covered most of Europe as late as 10,000 years ago. Early Europeans were able to colonize this environment but only at the price of a severe imbalance between men and women on the mate market.

Norton, H.L. & M.F. Hammer (2007). Sequence variation in the pigmentation candidate gene SLC24A5 and evidence for independent evolution of light skin in European and East Asian populations, Program of the 77th Annual Meeting of the American Association of Physical Anthropologists, p. 179.