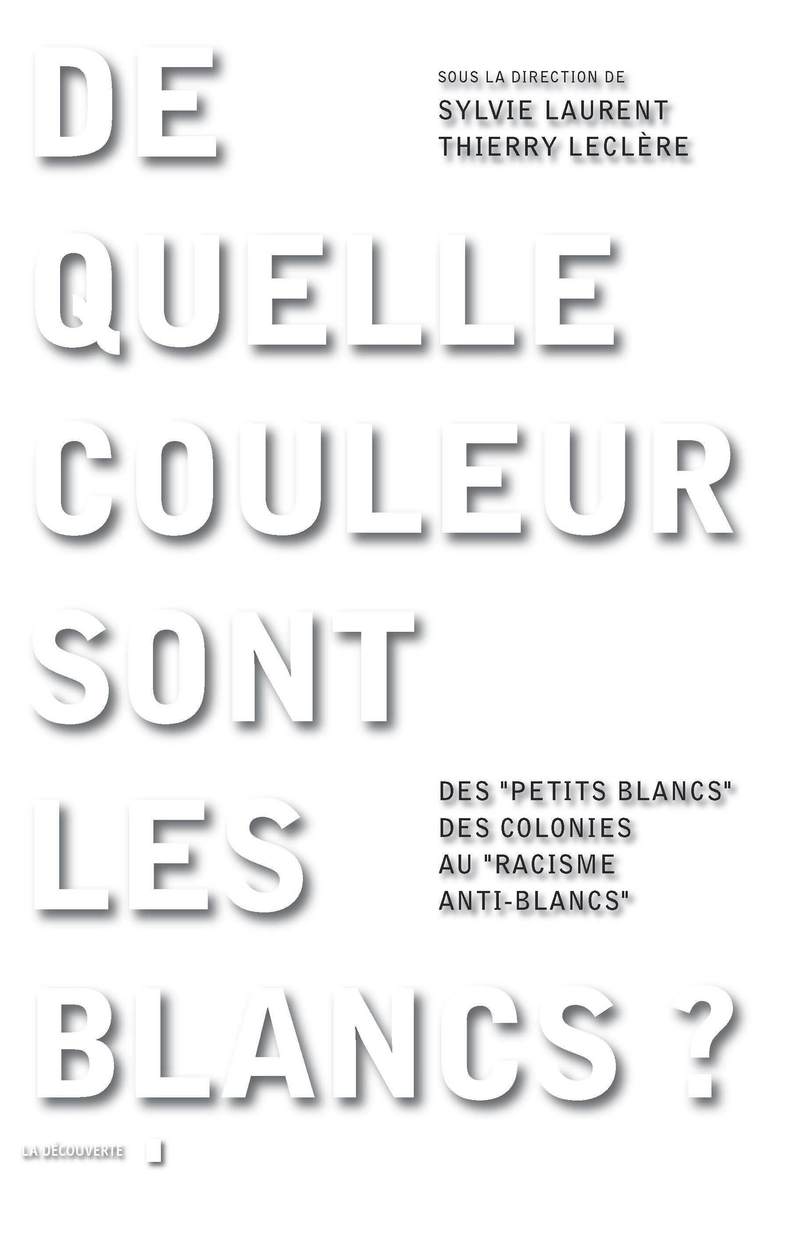 Iâm one of the contributors to a recently published French book De quelle couleur sont les Blancs? The following is an abstract:

Within each human population, skin color varies mainly by age and by sex. These two sources of variation dominate the range of complexions one sees as long as the third source, ethnicity, contributes little. This is the situation that once prevailed in most human societies. Relatively pale complexions signified infants or women; red-brown complexions, men. A cult of female whiteness thus developed, especially within a large zone of Eurasia. Today, this mark of femininity is losing its social significance with the growing importance of ethnic differences in skin color and, also, the mounting popularity of tanning among women. These changes are described with respect to France, although many other countries have taken part in them.

The proposed title for this book was initially La question blanche en France (The White Question in France). As such, the aim was to examine the role of âWhitesâ in French race relations. How do the FranÃ§ais de souche see themselves? And how do they see the âOthersâ? This would have been a novel perspective, since books on race relations tend to focus on minorities and their views of reality.

Sadly, this aim has not been achieved. The book does excel at giving voice to minorities and presenting their perspectives. Thus, NaÃ¯ma Yahl provides a wealth of intimate details on how the White French woman, la Roumia, is perceived in Algerian popular culture. But none of the contributors provide the reverse perspective, at least not to the same degree. Leafing through this book, I sometimes feel like Iâm reading a wartime letter with key passages inked out. Laurent Dornel, for instance, describes how, during the First World War, France brought in 257,000 workers from North Africa, Madagascar, Indochina, and China to replace the French men who had been sent to the front. I had known about this mass influx but was unaware of the rioting that resulted:

[â¦] the colonial and Chinese workers were the target of growing âracial violenceâ among the common people. Beginning in May 1917, almost everywhere in France (Brest, Dijon, Le Havre, Paris, Toulouse), brawls and even riots broke out more and more often, often causing serious injuries and deaths. The French reproached the colonial workers for being strikebreakers and making it possible, by their presence, to keep French workers at the front. They also denounced the sexual competition that their presence had provoked (p. 209).

At that point, the text moves on. There is a recurring tendency by all of the contributors to describe the grievances of one side at great length, while being much more restrained in describing those of the other side. This is unfortunate because the aim of the book was to put the FranÃ§ais de souche in the spotlight and to let them take the floor. This lack of balance is particularly evident when the different contributors discuss racisme anti-Blancs (anti-White racism). Sadri Khiari argues:

But if one envisages racism as a power relationship, one cannot place on the same level those who benefit from the entire power of the racial system and those who often have only their words to resist. Today, the notion of âanti-White racismâ is being mobilized to delegitimize the anti-racist movement [â¦] (pp. 45-46)

Yet anti-White racism is not just a matter of shouting sale Blanc! Itâs also violence. If one examines interracial acts of violence, the trend is overwhelmingly in one direction. How come? If âWhitesâ are so powerful, why would they allow this to go on? And why would they allow immigration to continue at such a rate that large areas of France are now French in name only? In reality, most FranÃ§ais de souche act as individuals and have only a weak sense of their collective interest. Collective action is instead wielded by better organized factions, particularly the globalized business communityâwhich lobbies hard to outsource employment to low-wage countries and insource low-wage workers.

Ironically, although Khiari uses much leftist rhetoric, he has no understanding of class differencesâor any intra-ethnic differences for that matter. There are only âWhitesâ who form a monolithic bloc in defense of their interests, from the poorest laborer to the globetrotting businessman. This is the kind of delusional thinking that used to characterize the real racists. Today, it has become the stock in trade of the anti-racist. Why France Is Hiding a Cheap and Tested Virus Cure
The French government is arguably helping Big Pharma profit from the Covid-19 pandemic
Pepe Escobar
• 143 Comments • Reply
← De la PÃ¢leur au BronzageThe Ancestors with No Descendants →
Hide 46 CommentsLeave a Comment
"What Color Are Whites?"
• 46 Comments
Commenters to Ignore
Commenters to ignore (one per line)