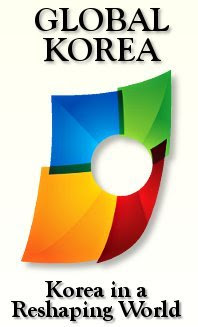 East Asia has been an outlier in the developed world. Like Western Europe and North America, it is integrated into the global economy and enjoys a high standard of living. This is particularly so for the original five âtigersâ: Japan, South Korea, Taiwan, Hong Kong, and Singapore.

Yet East Asia has bucked the trend toward loss of nationhood. Its governments still see their role as one of perpetuating a specific ethnic identity and cultural tradition. This is in contrast to the view, dominant in the West, that countries should simply be administrative units and should interfere as little as possible in the free flow of capital, goods, and labor.

Recently, this outlier has lost one member. South Korea is falling into line with the globalist paradigm and has opened its borders to increasingly higher rates of immigration:

As of 2007, 1,066,291 registered foreigners were residing in South Korea. More than 400,000 migrant workers are now working in so-called 3-D [Dirty, Dangerous, and Difficult] industries where South Koreans are reluctant to work. 110,362 immigrants entered in 2007 to marry South Korean husbands or wives and the cumulative number of international marriages increased to 364,000 during the 1990-2007 period. In 2005, 13% of all marriages in South Korea were interracial or interethnic marriages and the rate of international marriages was even higher in rural areas where about one-third of all marriages were interracial or interethnic. (Yoon et al., 2008)

When immigration began in the late 1980s, the aim was to ease labor shortages and offset a perilously low birth rate while maintaining the ethnic status quo. Diaspora Koreans would be repatriated from China and the former Soviet Union, and North Korean defectors would be welcomed. This aim was quietly set aside from the mid-1990s onward, as the zone of recruitment broadened to include the Philippines, Vietnam, Indonesia, Bangladesh, Sri Lanka, Pakistan, and even countries as far afield as Nigeria (Kim, 2004). Today, South Korea is entering uncharted waters of demographic change:

[â¦] South Korean society has entered the first phase of multiethnic and multicultural society and the current process seems irreversible. If the current trend continues, the proportion of foreigners residing in South Korea will increase to 2.8% in 2010, 5% in 2020, and 9.2% in 2050 (Yoon et al., 2008)

The increase may actually be greater. On the one hand, the declining birth rate shows no signs of bottoming out. On the other, once immigrant communities become established, they tend to facilitate more immigration from their home countries, whether legal or illegal. It is worth noting that the above figures exclude illegal immigrants, who are estimated to form half the total intake (Moon, 2010).

Will this demographic change meet growing resistance from the public? Not in the near future. If anything, public opinion has been moving in the other direction. Between two surveys, taken in 2003 and 2007, the shift in opinion was remarkable:

There has also been an increase in hostility to public meetings of â people prejudiced against racial and ethnical groups.â In 2004, 29.6% of respondents felt such meetings âshould definitely not be allowed.â By 2007, the figure had risen to 46.5% (Yoon et al., 2008).

Multiculturalism is thus becoming a core value, like filial piety of another age. By adhering to it, South Koreans earn respect not only from their friends and colleagues but also from themselves. This conformity seems to reflect a longstanding desire in Korean culture to comply with social norms.

Will there be resistance from the political elites? Again, not in the near future. Although multiculturalism is often identified with the Left, the new policy of âGlobal Koreaâ is actually being pushed by the Right, specifically the Grand National Party (GNP):

For the conservative government, South Korean nationalism and democracy is fundamentally tied to the doctrine of neo-liberalism. Neo-liberalism refers to the flow of economic migrant labour and mobile global capital. This global environment also requires government policies to attract foreign migrants and workers into South Koreaâs economy and society.

Multiculturalism is a state-led response to these global changes. The policies of multiculturalism define the present and future economic, security and cultural national strength of South Korea. Critics suggest that, in fact, the GNP regards multiculturalism as an instrumental policy of increasing national state power in this global environment. (Watson, 2010)

South Korea has entered what may be called âlateâ or âmatureâ capitalism. The business community has emancipated itself from the nation state and is now willing to enrich itself at the expense of its host society, notably by outsourcing employment to lower-wage countries and by âinsourcingâ lower-wage labor. To this end, its political spokesmen borrow leftwing discourse to create an artificial Left-Right consensus. As Watson (2010) goes on to argue:

One might add that the Right has likewise colonized the language of nationalism with multicultural concerns. The push is on to equate Korean nationality with residence on Korean soil. This concept of citizenship is now being taught in South Korean schools:

Mono-ethnicism was not officially removed from K-12 social studies and moral education textbooks until February, 2007. For example, social studies textbooks for sixth graders used to mention that âKorea consists of one ethnic group. We, Koreans, look similar and use the same languageâ (Mo, 2009). Citizenship education was grounded in this mono-ethnicism, and the national curriculum focused on enhancing democratic citizenship, including obedience to the law, rights as citizens, morality, and loyalty to the nation (Yang, 2007).

In this, the South Korean government appears to have also acted under pressure from foreign organizations, notably the United Nations:

Mainstream Korean citizens used to believe that Korea consists of âone-blood, one-language, and one-culture.â The Convention on the Elimination of Racial Discrimination (CERD) in the United Nations (UN) has pointed out that the âpure-bloodedâ ideology and the notions of ethnic homogeneity have resulted in various forms of discrimination in Korea (Wagner, 2009). CERD has recommended recognizing the multi-ethnic character of contemporary Korean society and promoting understanding, tolerance, and friendship among the different ethnic and national groups in Korea. In education, CERD has recommended that the Korean government include human rights awareness programs in the official curriculum. A revised curriculum should describe a Korean society in which people from multiple ethnic and cultural backgrounds live together harmoniously (Hong, 2008; Wagner, 2009). (Moon, 2010)

Why is this shift to globalism stronger in South Korea than in other East Asian countries? The likeliest answer is the countryâs special relationship with the United States.

This relationship goes far beyond the current stationing of U.S. troops along the demilitarized zone. When South Korea was freed from Japanese rule in 1945, the Americans were greeted as liberatorsâin contrast to Japan, where they were merely accepted as occupiers. Even today, there is a legacy of pro-American sentiment that has few parallels elsewhere in East Asia.

As liberators, the Americans were able to create a new political class from scratch. The Japanese had forced into exile much of the native leadership, and these Ã©migrÃ©s were now brought home to form a government under U.S. auspices. One of them was the first president of South Korea, Syngman Rhee, a man who had spent most of his adult life in the United States. A similar situation existed in North Korea, where the new government was made up largely of Ã©migrÃ©s from China and the Soviet Union.

To some degree, this situation still prevails. Political and economic leaders are often graduates of American universities, and they tend to see the U.S. as a model to be followed. Furthermore, this model cannot be easily criticized because such criticism may be seen as sympathy for the communist North.

Moon, S. (2010). Multicultural and Global Citizenship in the Transnational Age: The Case of South Korea, International Journal of Multicultural Education, 12, 1-15.

← No, They Aren't Pure EitherAnd the North Koreans? →
Current Commenter
says:
Current Date at Time Now
Leave a Reply - Comments on articles more than two weeks old will be judged much more strictly on quality and tone
Cancel Reply
Commenting Disabled While in Translation Mode