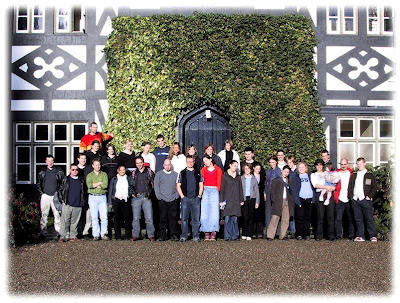 Previous research has suggested that perceived attractiveness and personality are affected by the race such that White faces are more attractive but less masculine than Black faces. Such studies, however, have been based on very small stimulus sets. The current study investigated perceived attractiveness and personality for 600 Black, White and mixed-race faces. Many of the investigated personality traits were correlated with race when rated by White participants. Attractiveness specifically was greater for Black male faces than White male faces and among mixed-race faces. Blackness correlated with increased attractiveness. A reverse pattern was found for female faces with Whiteness being associated with attractiveness. The results are discussed in terms of the sexual dimorphism demonstrated in skin color. (Lewis 2010)

These findings are partially consistent with previous studies:

van den Berghe & Frost 1986
According to a cross-cultural survey, lighter skin is more strongly preferred for women than for men in all culture areas.

Frost 1994
Women have varying preferences over the menstrual cycle when choosing between human faces that differ slightly in skin tone. When pairs of male faces are shown, the darker face is more strongly preferred by participants in the first two-thirds of the cycle (high ratio of estrogen to progesterone) than by those in the last third (low estrogen/progesterone ratio). In contrast, when pairs of female faces are shown, skin-tone preference remains unchanged throughout the cycle.

Nonetheless, Lewis (2010) differs from these previous studies on three points:

1). The participants were asked to evaluate major differences in human skin color that clearly have racial/ethnic significations. In contrast, the previous studies examined how men and women evaluate minor differences. Van den Berghe and Frost (1986) found a cross-cultural preference for lighter-skinned women, but only in the sense of their being lighter than average for the local population. Similarly, Frost (1994) only examined female response to minor differences in skin tone.

3). There was no control for phase of menstrual cycle. The sex difference in preference would probably have been greater if the author had excluded those female participants who were in the last third of the menstrual cycle.

The first point probably explains the second one. The author examined how men and women respond to major differences in skin color, and such differences have meanings that go far beyond sexual aesthetics. Because the white British participants had to choose among very divergent skin colors, their responses were almost certainly contaminated by âprejudice avoidanceâ, i.e., they avoided giving low ratings to non-white faces for fear of seeming prejudiced. Since anti-white prejudice is not stigmatized, the tendency would be to overcompensateâto err on the safe side.

Overcompensation is suggested by the results. Black faces were given top rating on all 7 items by the female participants and on 4 of the 7 by the male participants. White faces failed to get top rating on any item. This is particularly surprising given that all of the participants were white British. They apparently wished to avoid seeming prejudicedâeven to the point of systematically rejecting their own people.

This source of bias does not invalidate the overall finding, i.e., the sex difference in face ratings. All of the participants were presumably immersed in the same ideological environment, and there is no reason to believe that prejudice avoidance is weaker in men than in women.

Frost, P. (1994). Preference for darker faces in photographs at different phases of the menstrual cycle: Preliminary assessment of evidence for a hormonal relationship, Perceptual and Motor Skills, 79, 507-514.

Lewis, M.B. (2010). Who is the fairest of them all? Race, attractiveness and skin color sexual dimorphism, Personality and Individual Differences, 50, 159-162.