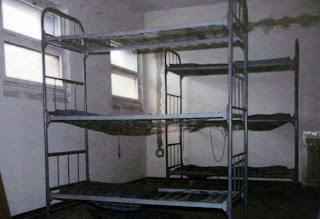 Ron Unz has come out with an article on âRace, IQ, and Wealthâ in the latest issue of the American Conservative. He had earlier sent me a draft copy and asked for my comments. I did as best I could, not considering myself to be an authority on IQ.

Reading through the published article, I can see that very little was modified. The only real change was that he toned down his anti-Gould rhetoric at the beginning of the article. In general, the introduction seemed to be written in such a way as to âhookâ HBD-oriented readers and get them to read the whole thing. Judging by the comments at iSteve, his strategy worked â¦

While I donât disclose criticisms of unpublished drafts, I feel free to criticize the published versions. The following text is the one I had sent Ron, minus my comments on certain words and sentences he later removed. The quotes from his article have also been updated to reflect the article as actually published.

If I could rewrite this text, I would point out more clearly that the IQ difference between West Germany and East Germany probably reflected differences in truancy. The more leniently a school treats absenteeism the higher it will score on IQ tests, since the truants tend to be problem students. But the higher IQ score is illusory.

I would also add that IQ may indeed differ between European countries. The existing data, however, are compromised by problems of comparability. Europeans are separated not only by national boundaries but also by different political systems. These differences create differences in sampling bias, in ways of conducting IQ tests, and even in the test itself.

When I read the first two pages of your article, I got the impression you were trying to get on the good side of HBD readers, as if you wanted to be treated as âone of usâ and not âone of them.â If so, youâre overdoing it. Why not forget the reader and concentrate on presenting your argument to a naÃ¯ve version of yourself?

Your main point is that the variability in European IQ over time and space suggests that most of this variation is environmental in origin and not genetic. By extension, this point casts doubt on the genetic origin of larger-scale IQ difference, particularly those between White Americans, on the one hand, and Black and Hispanic Americans, on the other.

This argument is hard to reconcile with the evidence from twins and/or adopted children. In the Minnesota Transracial Adoption Study, for instance, racial differences in IQ remained unchanged even within a shared family environment overseen by liberal-minded parents. Could differences in uterine environment have been responsible? This is unlikely, since the biracial children among the adopted had probably come from white mothers.
You acknowledge this problem when you refer to studies on adopted twins:

These individual results, usually based on relatively small statistical samples of adopted twins or siblings, seemingly demonstrate the extreme rigidity of IQâthe “Strong IQ Hypothesis”âwhile we have also seen the numerous examples above of large populations whose IQs have drastically shifted over relatively short periods of time. How can these contradictory findings be squared?

There is an answer. In adoption or twin studies, the data are produced by a single research team who use the same methodology, the same sample of subjects, and the same context of data production. In contrast, your analysis involves studies that differ in all three:

You cite several studies that were done in Eastern Europe before the collapse of communism. Eastern bloc countries, however, never used Western-designed IQ tests. Even the term âIQâ was avoided. I suspect those countries were using an older type of test that was less culture-free than modern IQ tests.

IQ tests are usually performed on students in a classroom. They thus exclude those students who are (a) truant, (b) currently expelled from class, or (c) have parents who canât or wonât pay certain mandatory fees. There is thus a sampling bias that tends to exclude lower-performing students. More to the point, this bias varies from one time period to another and from one jurisdiction to another.

Differences in context of data production

Other criticisms of your paper

Lynn and Vanhanen draw the conclusion that intelligence leads to economic success andâsince they argue that intelligence itself is largely innate and geneticâthat the relative development ranking of the long list of nations they analyze is unlikely to change much over time, nor will the economic standing of the various groups within ethnically mixed countries, including the United States.

No, this isnât their argument. Intelligence leads to economic success only in a system where people can accumulate wealth by working and by keeping the fruits of their labor. If people accumulate wealth mainly through pillage and tribute, there will be a selection for a different package of mental and behavioral traits. For this reason, Lynn and Vanhanen argue that market economies tend to outperform State-run economies if innate intelligence is held constant.

[â¦] although Greeks and Turks have a bitter history of ethnic and political conflict, modern studies have found them to be genetically almost indistinguishable

Two populations can be almost indistinguishable on some genetic traits, yet very different on others. It depends on the intensity of selection. Selection is typically weak and slow-acting because most genetic traits are of low selective value. This may be seen in the large genetic overlap that exists between any two human populations.

When the early waves of Catholic Irish immigrants reached America near the middle of the 19th century, they were widely seen as particularly ignorant and uncouth and aroused much hostility from commentators of the era, some of whom suggested that they might be innately deficient in both character and intelligence. But they advanced economically at a reasonable pace, and within less than a century had become wealthier and better educated than the average white American, including those of “old stock” ancestry. The evidence today is that the tested IQ of the typical Irish-American-to the extent it can be distinguished-is somewhat above the national white American average of around 100

In the 19th century, Irish immigrants were perceived as being uncouth largely because American moral and behavioral norms were much stricter than they are now. Dancing, for instance, was banned in many communities. So there has been convergence in both directions. Immigrants have assimilated to American norms, but those norms have also become more liberal.

I would like to see your sources for Irish American IQ. In Canada, most people of Irish origin are only part-Irish (including myself). Yes, one can find people who are sure of their Irish ancestry and who can produce genealogical records to prove that their ancestry is entirely Irish. But such people would tend to be better educated as well as more interested in history and genealogy. If that isnât a biased sample, I donât know what is.

I realize you feel passionately that Mexican Americans are getting bad press. I also realize that the conclusions from your analysis of European IQ may have implications for the American immigration debate. Unfortunately, you tend to go off on a tangent and discuss points for which the implications are far from evident.

As you note, WordSum has a correlation of 71% with standard IQ tests, which in turn have a correlation of 50 to 75% with innate intelligence. So we are already two steps removed from any genetically transmitted factors. Iâm not surprised that Mexican-American performance on WordSum has improved over time. But does this improvement rule out innate differences in IQ between Mexican Americans and White Americans? Is that your argument?

With regard to Hispanics, you also note that from 1994 to 2006 the poverty rate dropped by one-third and that household income rose by 20%. Most of this rise can be traced to the boom in construction, as well as to the generally good economic climate of that time. But what does this factoid tell us about IQ? Youâre going off on a tangent.

[â¦] it seems likely that the tens of millions of Hispanics living in America in the early 1990s probably advanced more rapidly in economic and educational terms than had any of America’s large European immigrant groups of the past, such as the Irish, the Italians, the Jews, or the Slavs.

Steve Sailer would argue otherwise. Several intergenerational studies have shown that Mexican Americans have lagged behind Americans of other ethnic origins.

← Are Male and Female Homosexuality Inver...More on Race, IQ, and Wealth →
Current Commenter
says:
Current Date at Time Now
Leave a Reply - Comments on articles more than two weeks old will be judged much more strictly on quality and tone
Cancel Reply
Commenting Disabled While in Translation Mode