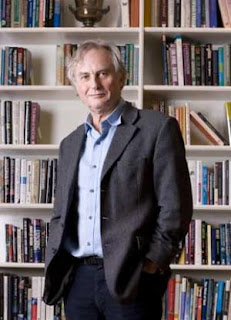 One of my readers asks whether the renowned evolutionist Richard Dawkins has ever written on the subject of human races. Do they exist? And, if so, did this process of biological diversification stop a long time ago? Or did it actually accelerate when cultural evolution began to accelerate some ten thousand years ago?

Yes, he did address this subject six years ago in the essay âRace and Creationâ (Dawkins, 2004). The essay starts off by acknowledging Richard Lewontinâs finding that human genes vary much more within races than between them. In fact, âracesâ account for only 6 to 15% of all human genetic variation.

Yet this leads to an apparent paradox. According to Lewontin, the data tell us that any two human groups will overlap genetically to a high degree. Our eyes, however, tell a different story:

Well, suppose we took full-face photographs of 20 randomly chosen natives of each of the following countries: Japan, Uganda, Iceland, Sri Lanka, Papua New Guinea and Egypt. If we presented 120 people with all 120 photographs, my guess is that every single one of them would achieve 100 per cent success in sorting them into six different categories.

This paradox has been noticed by others. I remember one who claimed that âracismâ prevented us from seeing the genetic overlap between Danes and Congolese. Actually, the same overlap exists between many species that are nonetheless anatomically and behaviorally distinct (see previous post). It isnât racism that creates the discrepancy between the data and our lying eyes. Itâs just that most genes are weakly influenced by natural selection, especially the âstructural genesâ that Lewontin and other population geneticists love to study. Such genes tell us very little about the strong selection pressures that have sculpted human differences in anatomy and many other traits.

It is fallacious to assume, as Lewontin did, that all genes contribute equally to real functional differences between populations, whether species or races. In fact, most genes have little selective value, being often little more than âjunk DNAâ. Even when a gene clearly is functionally significant, the difference between one allele and another may be like that between Coke and Pepsi. It is also fallacious to assume that genes with low selective value vary between populations in the same way as genes with high selective value. In fact, the more a gene has selective value, the likelier it will vary across a boundary between two different population, since such boundaries usually coincide with geographical/ecological barriers that separate different adaptive landscapes and, hence, different selection pressures.

Dawkins uses âLewontinâs paradoxâ to show that races do exist. But how relevant are they to recent human evolution? Hasnât cultural evolution replaced genetic evolution in our species? On this point, Dawkins argues that the former has actually stimulated the latter. He draws an analogy with sympatric speciation in insects:

Some people think the initial separation has to be geographical, while others, especially entomologists, emphasise so-called sympatric speciation, meaning that the initial separation, whatever it is, is not geographical. Many herbivorous insects eat only one species of plant. They meet their mates and lay their eggs on the preferred plants. Their larvae then apparently âimprintâ on the plant that they grow up eating, and they choose, when adult, the same species of plant to lay their own eggs.

â¦ In the case of these insects, you can see that, in a single generation, gene flow with the parental type could be abruptly cut off. A new species is theoretically free to come into being without the need for geographical isolation. Or, another way of putting it, the difference between two kinds of food plant is, for these insects, equivalent to a mountain range or a river for other animals. I am suggesting that human cultureâwith its tendency to distinguish between in-groups and out-groupsâalso provides a special way in which gene flow can find itself blocked, which is somewhat analogous to the insect scenario I have just outlined above.

In the insect case, plant preferences are handed down from parent to offspring by the twin circumstances of larvae fixating on their food plant, and adults mating and laying eggs on the same food plants. In effect, lineages establish âtraditionsâ that travel longitudinally down generations. Human traditions are similar, if more elaborate. Examples are languages, religions and social manners or conventions. Children usually adopt the language and the religion of their parents although, just as with the insects and the food plants, there are enough âmistakesâ to make life interesting. Again, as with the insects mating in the vicinity of their preferred food plants, people tend to mate with others speaking the same language and praying to the same gods. So different languages and religions can play the role of food plants, or of mountain ranges in traditional geographical speciation. Different languages, religions and social customs can serve as barriers to gene flow. From here, according to the weak form of our theory, random genetic differences simply accumulate on opposite sides of a language or religion barrier, just as they might on opposite sides of a mountain range. Subsequently, according to the strong version of the theory, the genetic differences that build up are reinforced as people use conspicuous differences in appearance as additional labels of discrimination in mate choice, supplementing the cultural barriers that provided the original separation.

At this point, Dawkins winds up his essay, arguing that cultural differences in mate choice may explain many anatomical differences among human populations.

Fine. One point, though. Is mate choice the only human behavior that differs culturally? No, there are also differences in âlanguages, religions and social manners or conventions.â Wouldnât these other differences generate selection pressures that likewise differ from one population to the next? And wouldnât these selection pressures influence not only anatomy but also any trait with a substantial genetic component, including a wide range of behavioral predispositions, mental aptitudes, and personality factors? This would all follow logically from Dawkinsâ reasoning. Indeed, he seems to hint at this when he states that âtraditionsâ are no less part of our adaptive landscape than food plants. Having dropped the hint, he goes no further. End of essay.

Itâs not as if Iâm alone in making the above point. Claude LÃ©vi-Straussâhardly a rabid sociobiologistâbrought it up in a lecture he gave in 1979:

The selection pressure of cultureâthe fact that it favors certain types of individuals rather than others through its forms of organization, its ideas of morality, and its aesthetic valuesâcan do infinitely more to alter a gene pool than the gene pool can do to shape a culture, all the more so because a cultureâs rate of change can certainly be much faster than the phenomena of genetic drift. (LÃ©vi-Strauss, 1979, p. 24-25)

But LÃ©vi-Strauss was never afraid to spell out what he thought. He was a public intellectual in the true sense of the word. In contrast, Richard Dawkins just hints, and hints, and hints â¦ in the hope that someone else will pick up the ball and run with it. ← Cavalli-Sforza - the Price of Collabora...Claude LÃ©vi-Strauss. the Refusal to Co... →
Current Commenter
says:
Current Date at Time Now
Leave a Reply - Comments on articles more than two weeks old will be judged much more strictly on quality and tone
Cancel Reply
Commenting Disabled While in Translation Mode