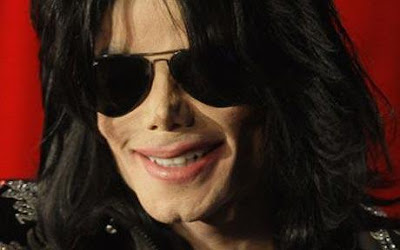 Drinking from the wrong chalice? By his mid-40s, Michael Jackson had skin like parchment.

The end of 2010 is drawing nigh, and the time has come to review my predictions from last year.

Back in 2005, it was found that human populations vary considerably at two genes, ASPM and microcephalin, that control the growth of brain tissue. The finding seemed to be âhugeâ in its implications. Then, it all fizzled out. No correlation could be found between variation at either gene and differences in mental ability or head circumference (Mekel-Bobrov et al., 2007; Rushton et al., 2007).

A recent study has now shown that ASPM and several other genes (MCPH1, CDK5RAP2, CENPJ) do in fact influence growth of brain tissue, specifically cortical tissue.

This year did see further developments. Interestingly, these gene loci seem to interact with sex and ethnicity in their effects:

The second study, by Wang et al., only considered variation in the coding sequence of MCPH1 but found that one non-synonymous SNP is associated with male cranial volume but not female cranial volume in a Chinese population of nearly 900 individuals, supporting a role for sex in the action of microcephaly genes. Intriguingly, it also suggests that SNPs in the same locus can have opposite effects in males and females, as for MCPH1 an exonic SNP contributes to Chinese male cranial volume whilst intronic SNPs and SNPs downstream of the coding sequence are associated with Norwegian female brain size. As the authors discuss, these results strongly suggest some microcephaly variants may influence brain development dependent on hormonal background or through interactions with genes which are differentially expressed between the sexes, potentially contributing to sex specific differences in brain structure. (Montgomery & Mundy 2010)

But why did earlier studies find nothing?

First, many of the previous studies only tested for associations with the few, recently derived ASPM and MCPH1 haplotypes which were the focus of claims of recent positive selection, while both Rimol et al. and Wang et al. consider a larger number of SNPs for which there is no a priori evidence for selection. Second, despite the possibility of deriving clear hypotheses of what phenotypes these loci should affect, many previous studies examined traits that are, at best, not directly relevant (e.g. IQ or altruism) or quite distantly removed (e.g. adult head circumference). (Montgomery & Mundy 2010)

Many people had thought that all variation in mental capacity shows up on IQ tests. So they threw in the towel once it became apparent that IQ does not vary with genetic variation at these loci.

So how do these loci affect mental capacity? Iâve argued that the most recent ASPM variant seems to be associated with the spread of alphabetical writing. It may thus assist the visual cortex in recognizing, storing, and processing strings of alphabetical script (Frost 2008).

Alternatively, Dediu and Ladd (2007) have argued that ASPM and microcephalin variants correlate with use or non-use of tone languages. This hypothesis has been tested with Chinese, Korean, Hmong, and American Caucasians who had little training in tone recognition, i.e., they were not musicians and did not engage in singing or instrument playing. The Chinese and Koreans consistently outperformed the other participants when asked to identify the relative distance between two tones. The Hmong showed no such advantage, even though they shared the ASPM and microcephalin characteristics of the Chinese and Koreans (Hove et al., 2010). Thus, while some East Asian populations apparently are better at processing differences in pitch, this aptitude seems to be unrelated to ASPM or microcephalin.

Scientists have retrieved mtDNA from a 30,000 year-old hunter-gatherer from Kostenki, Russia. This seems to be part of a trend to study the genome of early modern humans.

The Kostenki mtDNA genome was entirely sequenced, despite problems that seemed intractable (difficulties in distinguishing between early modern human DNA and contamination from present-day human DNA). The authors concluded: âWith this approach, it may even become possible to analyze the nuclear genomes of early modern humansâ (Krause et al., 2010).

This development is indeed promising. If we can compare early modern DNA with present-day nuclear DNA, weâll find out the exact genetic changes, especially those in neural wiring, that led to the âbig bangâ of modern human evolution some 80,000 to 60,000 years ago. Unfortunately, this âbig bangâ almost certainly took place in Africa, where the climate is much less conducive to DNA preservation.

This year will see further evidence that natural selection has caused differences in metabolism among different human populations, including vitamin D metabolism.

For instance, many populations have long been established at latitudes where vitamin-D synthesis is impossible for most of the year. Some of these populations can get vitamin D from dietary sources (e.g., fatty fish) but most cannot. In these circumstances, natural selection seems to have adjusted their metabolism to reduce their vitamin-D requirements. We know that the Inuit have compensated for lower production of vitamin D by converting more of this vitamin to its most active form (Rejnmark et al., 2004). They also seem to absorb calcium more efficiently, perhaps because of a different vitamin-D receptor genotype (Sellers et al., 2003). Even outside the Arctic zone, there seem to be differences in vitamin-D metabolism from one population to another. In particular, vitamin-D levels seem to be generally lower in darker-skinned populations (Frost, 2009).

â¦ Unfortunately, our norms for adequate vitamin intake are based on subjects or populations of European origin. We are thus diagnosing vitamin-D deficiency in non-European individuals who are, in fact, perfectly normal. This is particularly true for African Americans, nearly half of whom are classified as vitamin-D deficient, even though few show signs of calcium deficiencyâwhich would be a logical outcome. Indeed, this population has less osteoporosis, fewer fractures, and a higher bone mineral density than do Euro-Americans, who generally produce and ingest more vitamin D (Frost, 2009).

â¦ What will be the outcome of raising vitamin-D levels in these populations? Keep in mind that we are really talking about a hormone, not a vitamin. This hormone interacts with the chromosomes and gradually shortens their telomeres if concentrations are either too low or too high. Tuohimaa (2009) argues that optimal levels may lie in the range of 40-60 nmol/L. In non-European populations the range is probably lower. It may also be narrower in those of tropical origin, since their bodies have not adapted to the wide seasonal variation of non-tropical humans.

If this optimal range is continually exceeded, the long-term effects may look like those of aging â¦

I hope that people of African or Native origin will resist the vitamin-D siren song. Otherwise, many of them will become shriveled-up husks by their mid-40s â¦ just like Michael Jackson.

Another study of African Americans found that blood levels of 25(OH)D decreased linearly with increasing African ancestry, the decrease being 2.5-2.75 nmol/L per 10% increase in African ancestry. Sunlight and diet were 46% less effective in raising these levels among subjects with high African ancestry than among those with low/medium African ancestry (Signorello et al. 2010).

The very high levels of vitamin D that are often recommended by doctors and testing laboratories â and can be achieved only by taking supplements â are unnecessary and could be harmful, an expert committee says.

â¦ The 14-member expert committee was convened by the Institute of Medicine, an independent nonprofit scientific body, at the request of the United States and Canadian governments. It was asked to examine the available data â nearly 1,000 publications â to determine how much vitamin D and calcium people were getting, how much was needed for optimal health and how much was too much.

â¦ Some labs have started reporting levels of less than 30 nanograms of vitamin D per milliliter of blood as a deficiency. With that as a standard, 80 percent of the population would be deemed deficient of vitamin D, Dr. Rosen said. Most people need to take supplements to reach levels above 30 nanograms per milliliter, he added.

But, the committee concluded, a level of 20 to 30 nanograms [50 to 75 nmol/L] is all that is needed for bone health, and nearly everyone is in that range.

â¦ It is not clear how or why the claims for high vitamin D levels started, medical experts say. First there were two studies, which turned out to be incorrect, that said people needed 30 nanograms of vitamin D per milliliter of blood, the upper end of what the committee says is a normal range. They were followed by articles and claims and books saying much higher levels â 40 to 50 nanograms or even higher â were needed.

After reviewing the data, the committee concluded that the evidence for the benefits of high levels of vitamin D was âinconsistent and/or conflicting and did not demonstrate causality.â

Evidence also suggests that high levels of vitamin D can increase the risks for fractures and the overall death rate and can raise the risk for other diseases. (Kolata 2010)

Dediu, D., and D.R. Ladd (2007). Linguistic tone is related to the population frequency of the adaptive haplogroups of two brain size genes, ASPM and Microcephalin. Proceedings of the National Academy of Sciences, 104, 10944-10949.

Frost, P. (2008). The spread of alphabetical writing may have favored the latest variant of the ASPM gene, Medical Hypotheses, 70, 17-20. ← Gender/Face Recognition: Hue and Lumino...Hue and Luminosity of Human Skin: A Vis... →
Current Commenter
says:
Current Date at Time Now
Leave a Reply - Comments on articles more than two weeks old will be judged much more strictly on quality and tone
Cancel Reply
Commenting Disabled While in Translation Mode