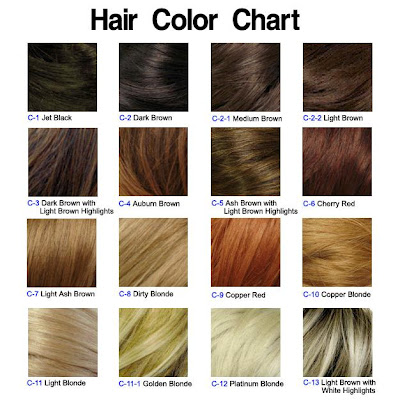 Iâve been fascinated by a puzzle of modern human evolution: the diverse palette of hair and eye colors that has developed in some populations (Frost, 2006; Frost 2008). Hair may be black, brown, flaxen, golden, or red, and eyes may be brown, blue, gray, hazel, or green. Both polymorphisms are largely confined to Europeans, especially those from the north and east.

This is an evolutionary puzzle for several reasons:

2. Both processes occurred within the same geographic area.

3. Both processes occurred within a relatively narrow time frame, i.e., after the arrival of modern humans in Europe c. 35,000 years ago. Current estimates place this evolutionary change quite late in time, perhaps during the last ice age (25,000 – 10,000 BP).

For some anthropologists, this palette of hair and eye colors is a side effect of the lighter skin of Europeans. This lighter skin is, in turn, due to relaxation of selection for dark skin at non-tropical latitudes and a resulting accumulation of âloss of functionâ alleles that affect not only skin color but also hair and eye color.

Yet relaxation of selection could not have produced so many new alleles over so little time. If selection is relaxed at loci for hair and eye color, close to a million years must elapse to produce the hair- and eye-color variability that Europeans now display, including ~ 80,000 years for the current prevalence of red hair alone (Harding et al., 2000; Templeton, 2002). This is much longer than the c. 35,000 years that modern humans have been in Europe. Moreover, the presumed initial causeâthe whitening of European skinâseems to have occurred long after the arrival date of 35,000 BP (Norton & Hammer, 2007). As a Science journalist commented: âthe implication is that our European ancestors were brown-skinned for tens of thousands of yearsâ (Gibbons, 2007).

The puzzle is not resolved if Europeans turned white because of positive selection for lighter skin, as opposed to relaxation of selection for darker skin. Such a scenario would not have caused hair and eye color to diversify. In fact, most of the new alleles have little or no relationship with skin color. Only red hair and blue eyes are visibly associated with lighter skin.

2. Such traits tend to be on or close to the face, because this part of the body attracts the most visual attention.

But why would sexual selection have been stronger among northern and eastern Europeans than among other human populations? To answer this question, we must understand why sexual selection should have differed in intensity among ancestral modern humans. In general, the differences were latitudinal, i.e., sexual selection differed primarily along a north-south axis.

In the tropical zone, a woman could gather or grow enough food for herself and her children with little assistance. Because the cost of providing for a second wife was very low (often negative, i.e., a net gain), a manâs optimal reproductive strategy was to have as many wives as possible. There were thus too many men competing for too few women.

The farther away ancestral humans were from the tropics, the more women needed food (meat) provided by men. This was especially so in winter, when opportunities for food gathering were scarce. The cost of providing for a second wife was thus high, making polygyny impossible for all but the ablest hunters.

Alongside this trend of increasing female dependence on male providers was another north-south trend: male mortality increased farther away from the tropics because of longer hunting distances and the resulting increased risk of death due to accidents, exposure, starvation, etc.

These two trends culminated in the continental Arctic. Here, women had few opportunities for food gathering at any time of year. They and their children depended almost wholly on meat that men provided through hunting. Here too, hunting distance was at a maximum. Men hunted wandering herds of herbivores, mainly reindeer, over very long distances. The high rate of male mortality, combined with the low rate of polygyny, limited the number of males available for mating. Result: a corresponding surplus of unmated females and intense sexual selection of women.

Today, this kind of environment is confined to the northern fringes of Eurasia and North America, but during the last ice age (25,000 â 10,000 BP) it lay further south and covered more territory. This was especially so in Europe, where the Scandinavian icecap had pushed the steppe-tundra zone down to the plains stretching from southwestern France through northern Germany and into eastern Europe. These temperate latitudes permitted a high level of bioproductivity and a comparatively large human populationâthe ancestors of todayâs Europeans.

One outcome may be a polymorphism of brightly colored phenotypes, due to the pressure of selection shifting to scarcer and more novel hues whenever a color variant becomes too common. This frequency dependence has been shown in humans. Thelen (1983) presented male participants with slides showing attractive brunettes and blondes and asked them to choose, for each series, the woman they would most like to marry. One series had equal numbers of brunettes and blondes, a second 1 brunette for every 5 blondes, and a third 1 brunette for every 11 blondes. Result: the rarer the brunettes were in a series, the likelier any one brunette would be chosen.

Among ancestral Europeans, this selection pressure may have caused a proliferation of new hair and eye colors to the detriment of our species norm of black hair and brown eyes. The selection was partly for novel colors. A rare color engages visual attention for a longer time than does a more common color (Brockmole & Boot, 2009). It may be that color rarity stimulates a mental algorithm that scans the visual environment for new or unusual objects.

In addition to color novelty, there also seems to have been selection for color brightness. Hair is carrot-red but not burgundy red. Eyes are light blue but not navy blue. Maan and Cummings (2009) argue that brighter colors have a stronger impact because they deliver a stronger signal that is more readily learned and retained in memory.

In a mate market already saturated with high-quality females, these eye-catching characteristicsâcolor novelty and color brightnessâmay have made the difference between success and failure in finding a mate.

Other evidence for unusually strong sexual selection of European women

Hair and eye color polymorphism coincide geographically with other unusual physical traits. There is, for instance, the extreme whitening of the skin, which we do not see in other human populations at similar latitudes and which may have been driven by male targeting of lighter skin as a female-specific characteristic.

There also seems to have been selection to accentuate female-specific traits. Women of European descent have wider hips, narrower waists, and thicker deposition of subcutaneous fat than do women of other geographic origins (Hrdli?ka, 1898; Meredith & Spurgeon, 1980; Nelson & Nelson, 1986). Even before birth, Euro-American fetuses show significantly more sexual dimorphism than do African-American fetuses (Choi & Trotter, 1970).

In the same vein, Liberton (2009) has found that face shape differentiated between Europeans and sub-Saharan Africans in part through a selective force that has acted primarily on women, and not on both sexes. This too would be consistent with the selection pressure that seems to have diversified European hair and eye color.

Brockmole, J.R. & W.R. Boot. (2009). Should I stay or should I go? Attentional disengagement from visually unique and unexpected items at fixation, Journal of Experimental Psychology, 35, 808-815.

Norton, H.L. & Hammer, M.F. (2007). Sequence variation in the pigmentation candidate gene SLC24A5 and evidence for independent evolution of light skin in European and East Asian populations. Program of the 77th Annual Meeting of the American Association of Physical Anthropologists, p. 179.