It is often assumed that black Africans, out of all human populations, most closely resemble our common ancestral state. After all, is not Africa the cradle of humanity? And did not modern humans spread âout of Africaâ some 50,000 or so years ago?

Indeed, we are all offspring of Africa. What is less true is the assumption that evolution stood still there while continuing elsewhere. Yes, some African groups do approximate ancestral Homo sapiens in their mode of subsistence, family structure, and physical appearance. These are the Khoisan and pygmy peoples. They still live by hunting and gathering, are overwhelmingly monogamous, and have light-brown skin and gracile, almost childlike bodies.

But they now inhabit only a few marginal environments, essentially the Kalahari and patches of rain forest. As elsewhere, time has moved on. There have arisen new populations who differ as much from ancestral Homo sapiens as do Europeans and Asians. These are the âtrueâ black Africans.

Murdock (1959, pp. 44, 64-68) associates black Africans with the spread of agriculture in sub-Saharan Africa. He too locates their place of origin on the Nigerâs headwaters because this region is the cradle of the Sudanic food complexâa wide range of native crops now found throughout the continent (sorghum, pearl millet, cow pea, etc.). Other authors, like Shaw (1980), postulate an earlier, proto-agricultural phase that initially covered much of West Africa. This transitional period may have begun among Sangoan hunter-gatherers, who probably resembled present-day pygmies in appearance and lifestyle. These people gradually moved toward agriculture by first protecting fields of wild grains and making clearings for wild yams and oil palms (Davies, 1968; Shaw 1980, pp. 111-114). They began using hoes c. 12,000 BP and tending pili nut trees c. 8,000-9,000 BP (Posnansky, 1984, p. 149; Stahl, 1995, p. 262). Some form of agriculture is furthermore indicated by certain reconstructed words of proto-Niger-Congo, probably spoken before 10,000 BP (Ehret, 1984).

At a certain point in time, some of these proto-agriculturalistsâapparently the ones inhabiting the Nigerâs headwatersâsurpassed the others in the transition to agriculture. They formed a nucleus of farming populations that would ultimately spread throughout sub-Saharan Africa. Meanwhile, this transition had already triggered a cascade of changes that would have profound behavioral and morphological consequences.

Agriculture, especially year-round agriculture, enables women to become more self-reliant in feeding themselves and their children, thus making it less costly for men to take second wives (van den Berghe, 1979, p. 65). As a result, the polygyny rate is 20-50% of all marriages in sub-Saharan agricultural societies (Bourguignon and Greenbaum, 1973, p. 51; Goody, 1973; Pebley and Mbugua, 1989; Welch and Glick, 1981; White, 1988).

These societies seem to have long been highly polygynous. The ratio of Y chromosome to X chromosome variability is much lower than in other populations, apparently because proportionately fewer men have contributed to the gene pool (Excoffier et al., 1996; Scozzari et al., 1997; Spurdle et al., 1994; Torroni et al., 1990). Generalized polygyny is also attested by reconstruction of proto-Bantu, which was spoken approximately 3,000 years ago and has a specific term for “taking a second wife” (Polome, 1977).

If some men have more wives, others will have to do without. In general, men will have to compete more keenly with each other for access to women. When such rivalry intensifies in non-human species, the result is an intensification of sexual selection for larger, stronger, and more muscular males. This may explain why the highly polygynous, agricultural peoples of sub-Saharan Africa are so physically robust. They and their African American descendants outclass European-descended subjects for weight, chest size, arm girth, leg girth, muscle fiber properties, and bone density (Ama et al., 1986; Ettinger et al., 1997; Himes, 1988; Hui et al., 2003; Pollitzer and Anderson, 1989; Todd and Lindala, 1928; Wolff and Steggerda, 1943; Wagner and Heyward, 2000; Wright et al., 1995).

This masculinization of body build may be hormonally mediated. When Winkler and Christiansen (1993) studied two Namibian peoples, the weakly polygynous hunter-gatherer !Kung and the highly polygynous agricultural Kavango, the latter were found to have markedly higher levels of both total testosterone and DHT. The authors suggest that lower levels of these hormones may account for the !Kungâs neotenous appearance, i.e., sparse body hair, small stature, pedomorphic morphology, and light yellowish skin.

Relaxed sexual selection of women may also explain why, among sub-Saharan Africans, skin color is visibly darker in high-polygyny agriculturalists than in low-polygyny hunter-gatherers (i.e., Khoisans, pygmies) even though both are equally indigenous (Bourguignon and Greenbaum, 1973, pp. 171-175; Cavalli-Sforza, 1986a; Cavalli-Sforza, 1986b; Manning et al., 2004; Weiner et al, 1964). Skin color does, in fact, influence mate choice in all human societies; generally speaking, men prefer women who are lighter-skinned than the population mean (van den Berghe and Frost, 1986). In sub-Saharan societies, the preference is for so-called ‘red’ or ‘yellow’ women (see earlier post). Wherever African men were less able to act on this preference, there would have been less selection for lighter-skinned women and thus less counterbalancing of selection for darker skin to protect against sunburn and skin cancer (Aoki, 2002; Frost, 2007; Frost, 1994).

This preference may also have been crowded out by other mate-choice criteria. Vilakazi (1962, pp. 59-60) states: “The traditional Zulu does not make physical beauty a first priority or even an important qualification in a wife; and the skin colour of the woman is of little importance.” In a rating study, Dixson et al. (2006) examined mate-choice criteria among subsistence farmers in Bakossiland, Cameroon, including preferred skin color of a potential female partner. No consistent preference emerged. This ambivalence was noted by Ardener (1954, p. 72) among the Ibo of Nigeria:

In the choice of a wife, yellow-skinned girls are regarded as beauties, and, other things being equal, they command higher bride prices. On the other hand it is generally held, especially by dark-complexioned persons, that yellow-skinned people are not as strong as the dark and do not live as long. A ‘black’ girl is said to be a harder worker. â¦ A Mission headmaster was of the opinion that the preference for yellow girls was greater nowadays than in his youth. He thought that the reason for this was that people formerly looked for strength rather than beauty and tended to marry black girls. He claimed that black people had greater powers of endurance, and he cited his own village where, he said, of the oldest six or seven people, only one was yellow.

In Kenya, McVicar (1969, p. 242) notes similar views on the merits of âblackâ versus âbrownâ wives: “Among these tribes black girls are usually regarded as hard workers, possibly because many consider themselves fortunate enough to be married.” In traditional African societies, women had to produce enough food for the entire family, typically through hoe farming in the sun. There was thus a premium on darker women. Lighter women may have been preferred aesthetically, but this preference remained unexpressed.

Timeline of expansion out of West Africa

All of these physical and hormonal characteristics seem to have arisen within a narrow timeframe. In sub-Saharan Africa, the beginnings of proto-agriculture cannot be pushed back much further than 12,000 BP. A tall, clearly black African skeleton has been dated to 6,500 BP (Camp, 1974, p. 241; Coon, 1962, pp. 649-650). This leaves a window of barely six thousand years for the changes that differentiate black Africans from their hunter-gatherer ancestors, i.e., a shift from a gracile, almost childlike body to a much more robust one, with attendant increases in stature, weight, and muscle mass.

By 6,000 to 7,000 years ago, the transition to agriculture had been completed in West Africa and these early agriculturalists were able to support much higher population densities than they had as hunter-gatherers. Inevitably, this nucleus of farming populations began to spread outward at the expense of more sparsely distributed Khoisan and pygmy peoples. By about 4,000 BP, the expansion had reached as far east as the middle Nile, when black Africans first appear in paintings from Pharaonic Egypt and in skeletal remains from Nubia (Junker, 1921). About 3,000 BP, another wave of advance began along the Nigerian-Cameroon border and spread rapidly throughout central, eastern, and southern Africa (Cavalli-Sforza, 1986c, pp. 361-362; Diamond, 1997; Oliver, 1966). By 300 AD, pioneering groups had advanced as far south as KwaZulu-Natal (see Bantu Expansion â Wikipedia).

Thus, black Africans were still absent from most of sub-Saharan Africa even within historic times. When the Egyptians began to build their pyramids, the peoples living to the south were scarcely darker in color. They were simply seen as uncivilized Egyptians. Thus, the civilized world initially encountered a much narrower range of human phenotypes than it would later on. This context shaped the intellectual worldview in its early stages, including theorizing on universal brotherhood. To a degree not easy to assess, we are heirs to notions of human sameness that were first conceived âbefore Africa became blackâ.

Blench, R. (1995). Recent developments in African language classification and their implications for prehistory. In T. Shaw, P. Sinclair, B. Andah, & A. Okpoko (Eds.) The Archaeology of Africa (pp. 126-138). London: Routledge.

Maley, J. (1995). The climatic and vegetational history of the equatorial regions of Africa during the upper Quaternary. In T. Shaw, P. Sinclair, B. Andah, & A. Okpoko (Eds.) The Archaeology of Africa (pp. 43-52) London: Routledge. 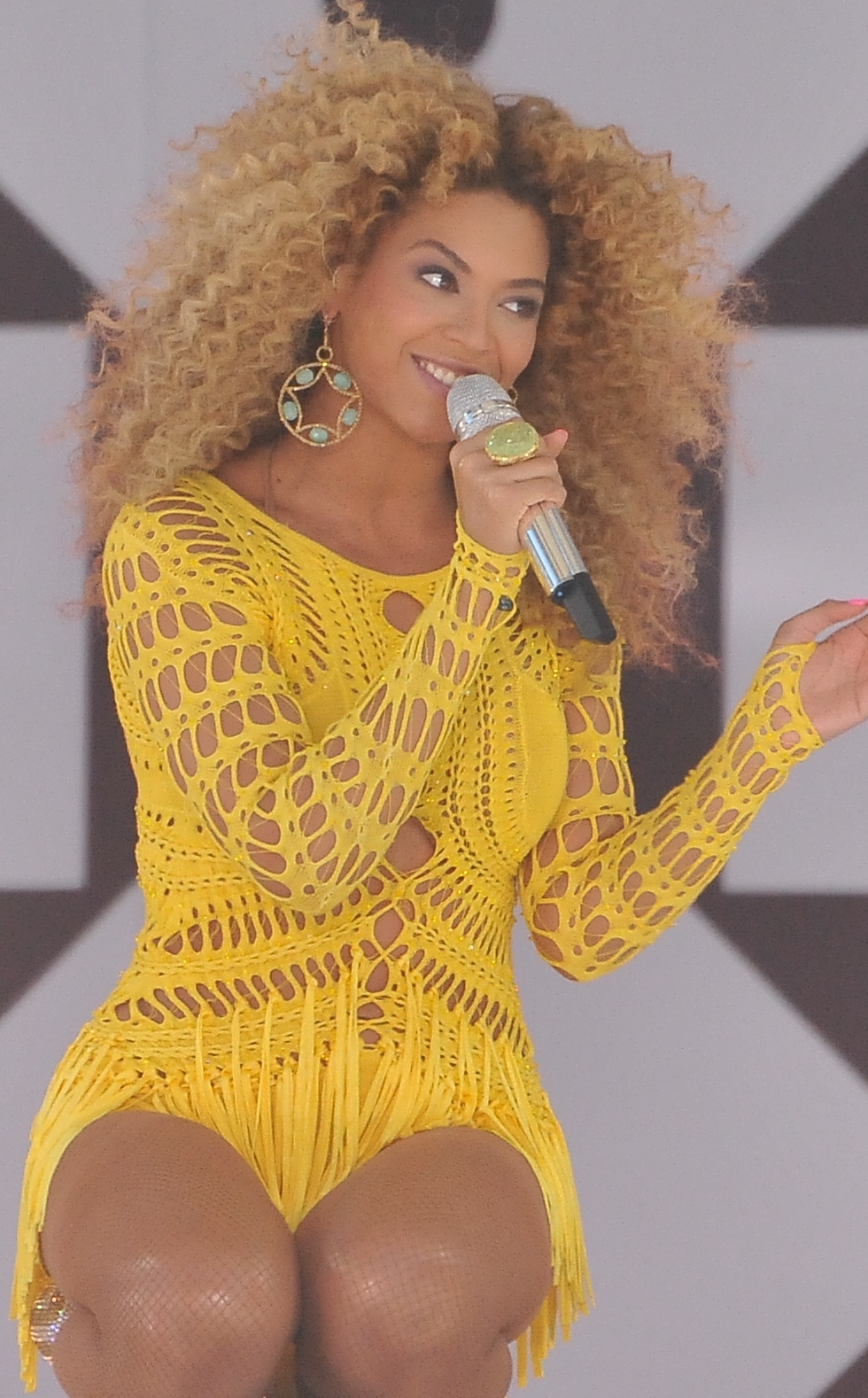