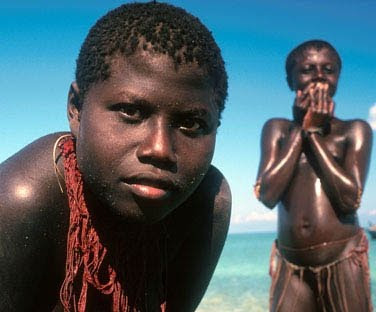 The past year brought two major advances: the long awaited sequencing of the Neanderthal genome and the genetic sequencing of an another archaic human, the Denisovans of East Asia, whose existence had previously been unsuspected.

The bottom line comes down to four points:

Before the East African âbig bangâ gave rise to modern humans some 80,000 to 60,000 years ago, there had been at least four groups of archaic humans:

a) Skhul-Qafzeh hominins
– were almost modern anatomically
– were derived from a demic expansion that spread over most of Africa and the Middle East about 110,000 years ago
– evolved directly into modern humans through the rapid expansion of an East African subgroup

b) Neanderthals
– differed much more anatomically from modern humans
– were behaviorally similar to Skhul-Qafzeh hominins
– probably had body fur and other cold adaptations
– were derived from an earlier expansion out of Africa 250,000 – 400,000 years ago
– inhabited Europe, the Middle East (during glacial maxima), Central Asia, and Siberia as far east as Lake Baikal

This admixture might have accelerated human evolution by providing modern humans with useful alleles. To date, no such alleles have been found. The admixture seems to be confined to genes of low adaptive value.

Although Denisovans inhabited East Asia, they left no admixture in present-day East Asians. Yet their admixture is discernible in present-day Melanesians. It seems that the first modern humans to replace Denisovans were not ancestral East Asians but rather ancestral Melanesians. This is consistent with archeological and ethnographic evidence that the coastal regions of southern, southeastern, and eastern Asia were initially settled by people related to the indigenous populations of Melanesia, Papua-New Guinea, and Australia. After the last ice age, they were gradually replaced by populations originating in northern Eurasia (see earlier post). Today, they survive in relic groups like the Veddas of Sri Lanka, the Andaman Islanders, the Semang of the Malayan peninsula, and the Aeta of the Philippines.

A Look at an Early European
Peter Frost
• 41 Comments • Reply
← Looking Forward to 2011Religiosity and the Origins of Civiliza... →
Hide 20 CommentsLeave a Comment
"On Neanderthals, Denisovans, and Other Archaics"
• 20 Comments
Commenters to Ignore
Commenters to ignore (one per line)

← Looking Forward to 2011Religiosity and the Origins of Civiliza... →
Current Commenter
says:
Current Date at Time Now
Leave a Reply - Comments on articles more than two weeks old will be judged much more strictly on quality and tone
Cancel Reply
Commenting Disabled While in Translation Mode