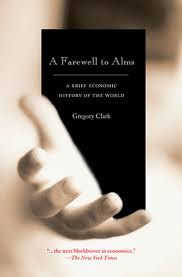 Recent research, such as by historical economist Gregory Clark, suggests that differences in mental and behavioral traits cannot always be ascribed to different reproductive strategies, as Philippe Rushton suggested. There probably will never be a unified theory of human biodiversity â¦ other than the theory of evolution by natural selection.

Last March, I was asked to review a paper for a special issue of Personality and Individual Differences about J. Philippe Rushton. I had no idea that he was gravely ill and would die the same year. Nor did I know that this special issue would come out after his death, as a tribute to his life and work.

That special issue having now been published, and the comments being of a general nature, I am free to post them. A few explanatory notes have been added.

J. Philippe Rushton has long been a voice crying in the wilderness. As such, he has suffered insults, harassment, and even assaults. At one point, the Ontario Provincial Police investigated him (under orders from the Premier of Ontario). His crime? Writing articles for peer-reviewed journals. His life story shows just how little we value academic dissent.

I, for one, value dissenters like Rushton, and it is as a friendly critic that I write the following comments. Like him, I believe that human populations differ statistically in a wide variety of mental capacities and behavioral predispositions. Such differences are even expectable. Around 10,000 years ago, human genetic evolution actually speeded up over a hundred-fold, and this was not a time when humans were entering new physical environments. It was a time when they were entering new cultural environments. Humans were no longer adapting to new types of climate, landscape, and vegetation. They were now adapting to new types of technology, social structure, and codified behavior (Hawks et al., 2007).

Like Rushton, I believe that these mental and behavioral differences must be viewed from the broader perspective of evolutionary theory. I likewise relate them to other human differences, notably in reproductive strategy and mating system.

Unlike Rushton, however, I have no wish to fit all of these differences into a single unifying theory, other than the theory of evolution by natural selection. There is evidence, for instance, that over the past thousand years Ashkenazi Jews have diverged in mean intelligence from Sephardic Jews (Cochran, Hardy & Harpending, 2006). Can this evolutionary change be attributed to a change in reproductive strategy? Isnât it simply a response to the cognitive demands that come with specializing in trade and crafts?

Such gene-culture co-evolution has probably occurred in other groups, such as the Parsees in India. The high mean intelligence of East Asian societies (China, Korea, Japan) also seems of recent historical origin and may be related to the widespread use of exams as a means of social advancement, especially the imperial civil-service exam. [NOTE: East Asian societies also seem to have undergone the same sort of internal population replacement that Gregory Clark described in his study of English society, see Unz, 1980].
Then there is Gregory Clarkâs finding that the English upper and middle classes had been steadily out-breeding the English lower classes until the 19th century. This internal population replacement acted as a strong selection pressure for middle-class values of thrift, self-restraint, and future time orientation (Clark, 2007).

Thus, humans show a great deal of mental and behavioral variation that does not easily fit into the model of r vs. K. It is even debatable whether this model explains any variation. In other species, the relationship between reproductive strategy and climate zone is actually the reverse of what Rushton postulates. Tropical animals are typically K and non-tropical animals typically r. This is because the latter go through âboom and bustâ population cycles, due to a harsher and more unstable climate, and need an ârâ reproductive strategy to recover from the frequent downturns:

Thus, in the temperate zones selection often favors high fecundity and rapid development, whereas in the tropics lower fecundity and slower development could act to increase competitive ability. By putting more energy into each offspring and producing fewer total offspring, overall individual fitness is increased. The small clutch sizes characteristic of many tropical birds are consistent with Dobzhansky’s hypothesis. (Pianka, 1970)

Rushton is half-right on one point. The human species does seem to have undergone selection for increased intelligence beyond the tropical zone, particularly during the hunting and gathering stage. This is seen in the correlation between latitude and complexity of tools and weapons, as noted by Hoffecker (2002, p. 135) when comparing modern humans and Neanderthals:

Both in terms of the number of types and component parts of individual implements, the complexity of Neanderthal tools and weapons is significantly lower than that of hunter-gatherers in northern latitudes (and more typical of modern groups in temperate or equatorial regions) [â¦] Technological complexity in colder environments seems to reflect the need for greater foraging efficiency in settings where many resources are available only for limited periods of time.

Arctic humans coped with fluctuating resources and a mobile lifestyle by planning ahead, as seen in their use of untended devices (traps and snares) and means of food storage. In addition, these cognitive demands fell on both sexes, unlike the situation in the tropical zoneâwhere women provided for their families year-round with less male assistance (Kelly, 1995, pp. 268-269; Martin, 1974, pp. 16-18). With men providing most of the food, women could enter a new range of tasks: food processing (butchery and carcass transport); shelter building; garment making; leather working; transport of material goods; etc. (Waguespack, 2005). This cognitive revolution would pave the way for later, more impressive developmentsâwhat we now call âcivilization.â

But where do r and K fit into all of this? Arctic hunter-gatherers are, if anything, more ârâ than tropical hunter-gatherers, like Pygmies and Khoisans. A high âKâ reproductive strategy now prevails throughout sub-Saharan Africa, but this is a relatively recent development due to the expansion of agricultural peoples over the past seven thousand years.

One could make similar criticisms of Rushtonâs theorizing on dark coloration and aggression, which is an extension of his r vs. K theory of human differences. [NOTE: Rushton found a cross-species correlation between darkness of coloration and aggressiveness, see Templer & Rushton, 2011]. First, birds are not light- or dark-colored as a function of latitude. Plumage coloration serves largely as a visual signal and not as a UV shield. There are other factors that make it difficult to extrapolate in this respect from humans to non-humans. In humans, the relationship between a tropical environment and male aggressiveness results from a cascade of evolutionary events:

1. Year-round tropical agriculture enables women to provide for themselves and their children with little male assistance.

2. This female reproductive autonomy lowers the cost of polygyny for men. More men can afford to have second wives.

3. More polygyny means more male-male rivalry for access to women. There is thus selection for men with higher testosterone levels, a more robust body build, and greater ability to fight off male rivals.

It is hard to see how this cascade of events applies to other species. Chickens, for instance, have not discovered farming. Nor is their coloration a climatic adaptation.

I am not disputing here the existence of a cross-species correlation between darker coloration and male aggressiveness. But there is an alternate explanation. Whatever the species, individuals are usually born with little or no pigment. Lighter coloration thus becomes associated with vulnerability and a need for parental care and protection. In contradistinction to this sign stimulus, adult males tend to evolve a darker coloration, especially in a context of intense male-male rivalry. This tendency was noted by Guthrie (1970):

Light skin seems to be more paedomorphic, since individuals of all races tend to darken with age. Even in the gorilla, the most heavily pigmented of the hominoids, the young are born with very little pigment. [â¦] Thus, a lighter colored individual may present a less threatening, more juvenile image.

This point is further discussed in Frost (2011). In our own species, there seems to be a strong cross-cultural trend to associate darker skin with men and lighter skin with infants and women.

No theory is born perfect. Imperfections are to be expected and are normally ironed out through debate and discussion. But Rushton has been denied a normal academic environment. Criticism has almost inevitably been of the hostile sort, even to the point of being spiteful, incoherent, and self-contradictory. In this, the marketplace of ideas has suffered as much as he has. And we are all worse off.

Clark G. (2007). A Farewell to Alms. A Brief Economic History of the World. Princeton and Oxford: Princeton University Press 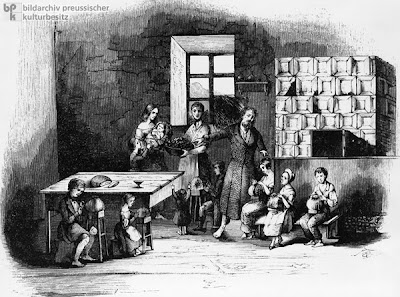